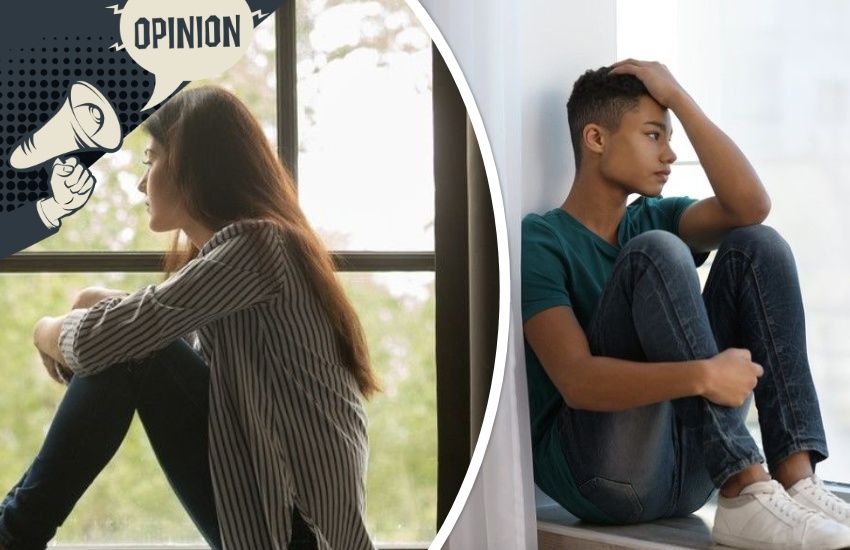 One in four students in the UK are lonely most, or almost all, of the time, writes Harriet St Pier.

This is one of the most prominent findings of a recent survey of more than 10,000 students undertaken by the Higher Education Policy Institute (HEPI) regarding their wellbeing, satisfaction and experiences over the past academic year (2021-22).

It is a truly staggering figure: four times greater than the one in 20 adults who reported being similarly lonely in the most recent data collected by the Office for National Statistics.

However, as a student myself, it is a figure that is completely unsurprising. Students' wellbeing and mental health have reached a crisis point across the UK, a problem that was further compounded by the various impacts of the pandemic. 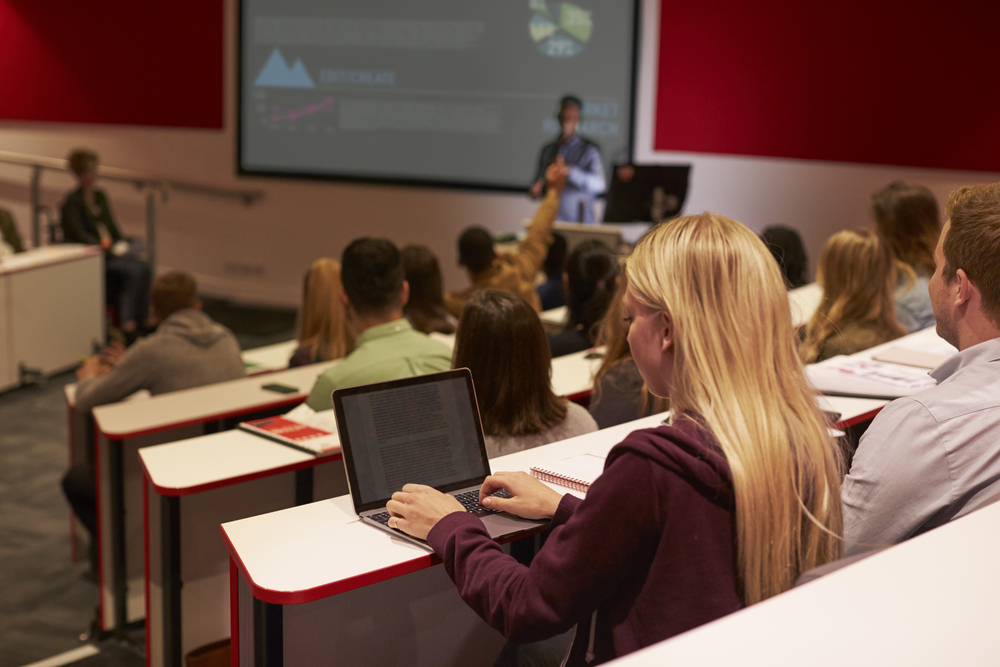 Pictured: Survey research suggests that university students may be up to four times more likely to feel lonely than the rest of the adult population in the UK.

I went to university in September 2020 and spent a year enduring various lockdowns and self-isolations, unable legally and safely to socialise with anyone outside of my six-person flat, and prevented from accessing the vast majority of university buildings such as libraries or the students' union.

I spent the second half of the academic year in Guernsey, attending university via Zoom from my childhood bedroom. This reality fell so far short of my expectations of what university life would be like that it was almost impossible not to feel lonely.

The experiences of other local students, such as Chloe Robert, 20, were apparently similar.

"It was so much more difficult to make friends during covid", she said. "You essentially just got stuck with the people either in your flat or house, like them or not – there was genuinely no other way to meet people that was legal."

Fortunately, a great deal has changed since then. With no government restrictions remaining in any part of the UK, university life has changed drastically and my personal experiences this year could not have been more different. 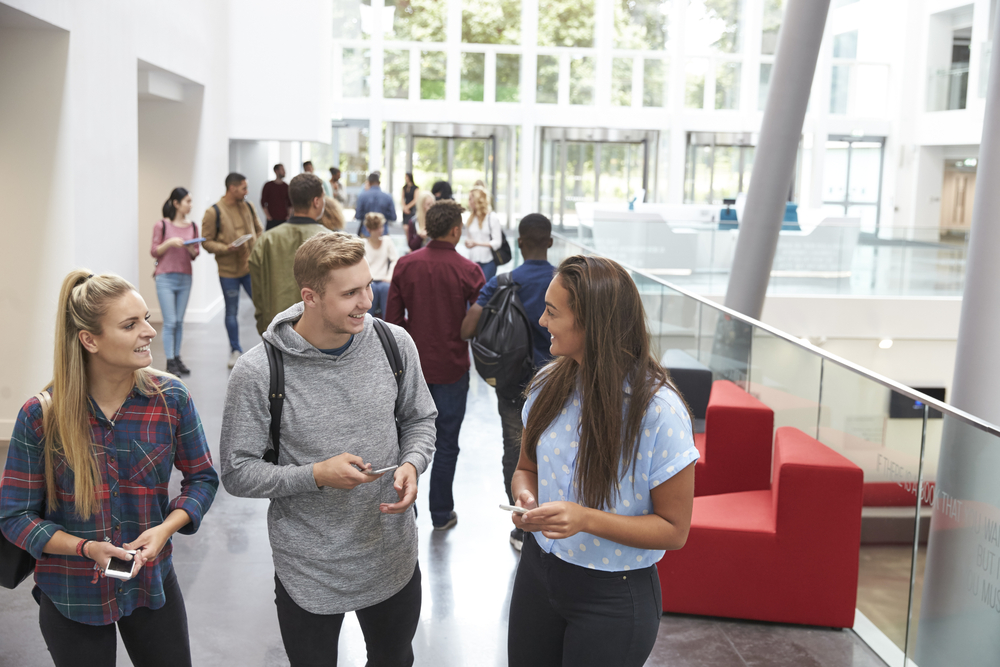 Pictured: Students have rediscovered a more vibrant university life since the lifting of covid-19 restrictions.

Indeed, according to the HEPI’s findings, "the key wellbeing indicators for happiness and life satisfaction have made a significant improvement from the 2021 survey, which last year measured these indicators during the depths of the UK’s third lockdown".

"Life satisfaction, life feeling worthwhile and happiness have all increased [since last year]", the HEPI states. Throughout the report, they suggest that there is good reason to be hopeful, with many indicators of student wellbeing and satisfaction steadily returning to "pre-pandemic levels".

However, is a return to normality – to pre-pandemic levels of student wellbeing – good enough? Is the re-establishment of the status quo in relation to student wellbeing genuinely desirable? If the wellbeing indicators return to their 2019 levels, can we satisfactorily draw a line, call it a few unhappy pandemic years, and move on?

The tragic, and numerous, cases of student suicides across the UK – which increased in prevalence during the pandemic but were not infrequent or uncommon beforehand – suggest that we have perhaps idealised what pre-pandemic student wellbeing was like beyond recognition. 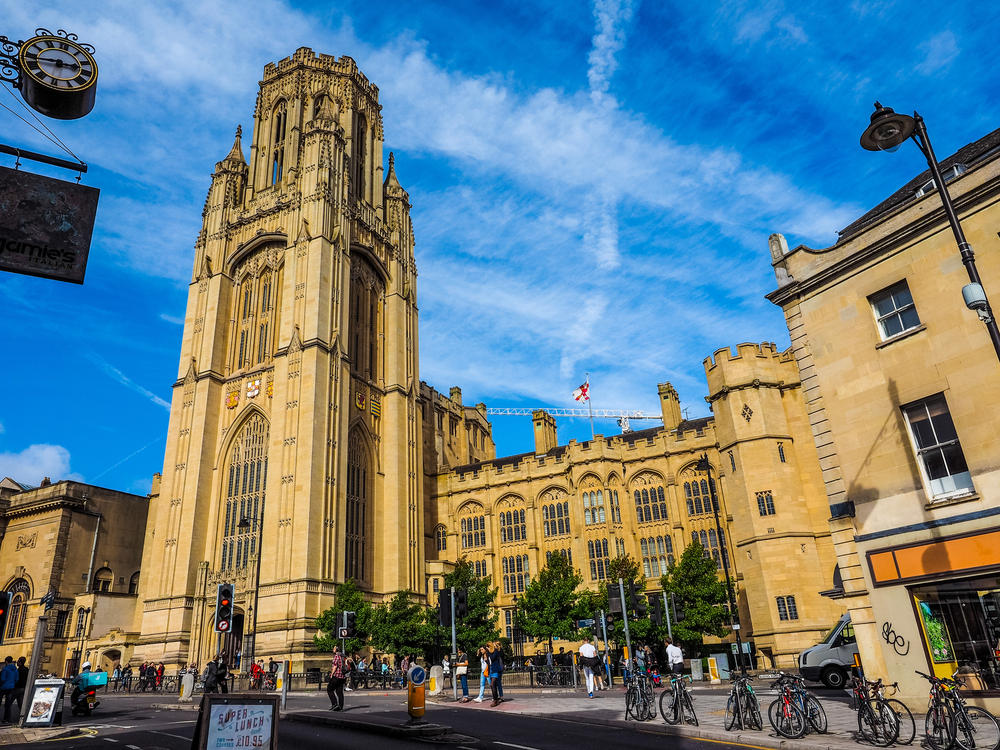 Pictured: Bristol University was recently in court following the death of one of its students.

Last month’s court ruling, which found Bristol University guilty for contributing to the death of 20-year-old undergraduate physics student Natasha Abrahart, is just one such case. Ms Abrahart suffered from severe social anxiety – something that the university was aware of – and took her life the night before she was due to give an oral presentation, an expectation which her father described as "like expecting a student in a wheelchair to take an exam in a room at the top of a long flight of stairs".

Ms Abrahart’s parents sued the university under the Equality Act and it was ruled that the university had discriminated against Natasha by forcing her to take part in assessments which caused her unnecessary psychological trauma and failed to offer her adequate mental health and wellbeing support.

Horrifically, Ms Abrahart was only one of 11 University of Bristol students to take their lives between 2016 and 2018.

For students to be four times lonelier than the general population is indicative of a deeper issue. It suggests that their lives are stressful and they often lack adequate support, both formal and informal, to make their anxieties manageable. University students often leave home at 18, uprooting their entire lives and traditional support systems in the process, to go and study. Something which in and of itself is stressful. 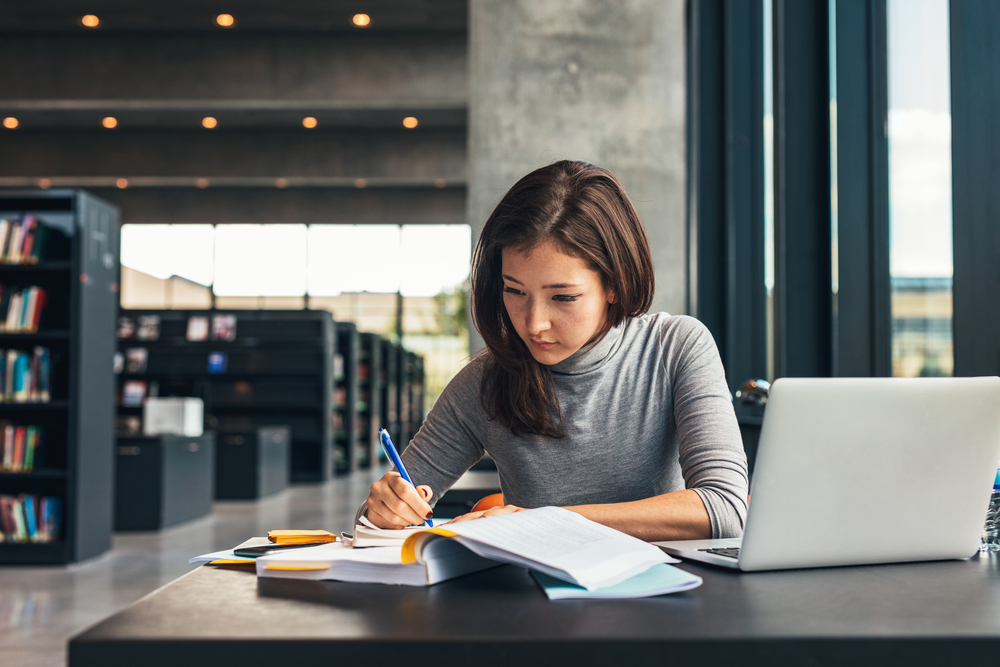 Pictured: Harriet St Pier says that students coming from a small island can find it particularly hard to adjust to university life in the UK.

For Guernsey students, that process can be particularly difficult. Coming home is a longer, more expensive, more arduous process than for many students living in the UK.

"With home being that much further away, it is easy to feel lonely and trapped when something goes wrong," said Ms Robert, who also found university to be something of a culture shock.

"In my experience, being from Guernsey sometimes made it harder to make friends because I’d grown up in a community where I’d known almost everyone my age since forever, so it wasn’t often that I’d had to make friends with complete strangers. I was very used to everyone having had a mostly shared upbringing."

It must also be recognised that students, like many others, are still struggling to process the varied impacts of the pandemic on their mental health and wellbeing. This is something that Jen Winship, 21, has been reflecting upon recently.

"A low point of my university experience was when classes were all placed online again in January 2021," she said.

"I felt a bit like I was watching my youth slip away but I had no right to complain because all of my peers were in the same boat. Luckily, things have improved for me but I know that many of us are trying to process the impact that this has had on our youth, as it is sometimes easy to feel like it’s been lost." 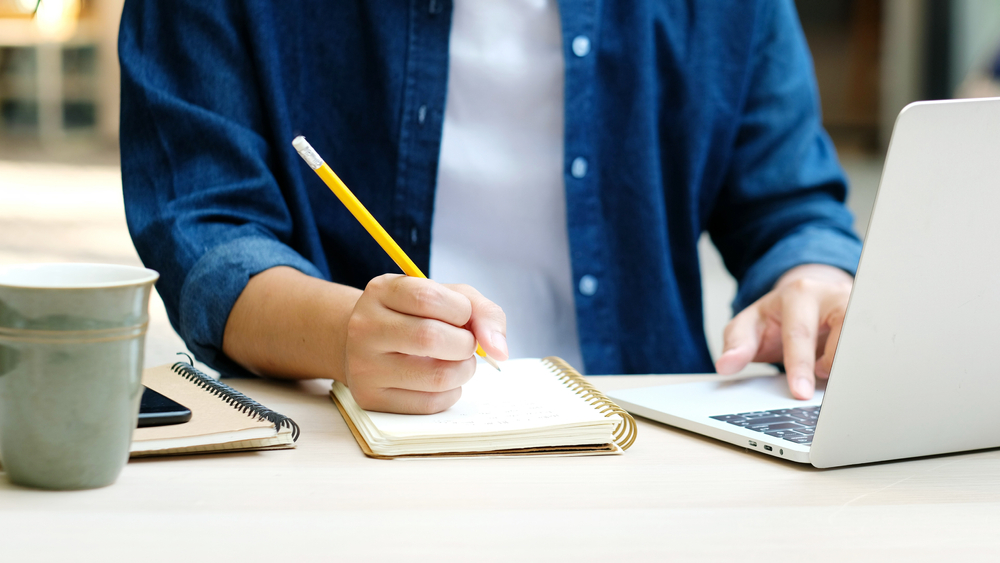 Pictured: University students have been forced to spend much of their time studying online since the emergence of covid-19 in the UK early in 2020.

Ultimately, students are being failed on several fronts.

Primarily, their institutions refuse to be held accountable for the lack of mental health provision and pastoral care. The University of Bristol released a statement last month in relation to Ms Abrahart case which stated that "Natasha was sadly experiencing a range of complex issues, many of which were not related to her studies [and] existed prior to her time at university".

This failure to take ownership of their actions in relation to a student suicide is ultimately a failure in their duty of care to their students. It indicates an unwillingness to change, a satisfaction with the pre-pandemic status quo. It is a dangerous attitude that will, sadly, have very real repercussions for students in the future.

National organisations are also failing students. At the end of last year, the Chief Executive of Universities UK, Alistair Jarvis, was asked to respond to the results of the National Student Survey, which found that only 42% of students felt that their wellbeing was adequately supported by their institutions. His comments reflect an unwillingness to listen to students and work with them to address their very real and genuine concerns.

"It is not surprising to see that the pandemic has shifted students’ views on their overall university experience," he said.

"Universities have done all they can to help students progress and meet their learning outcomes with additional learning and wellbeing support at the same time as implementing covid-19 safety measures." 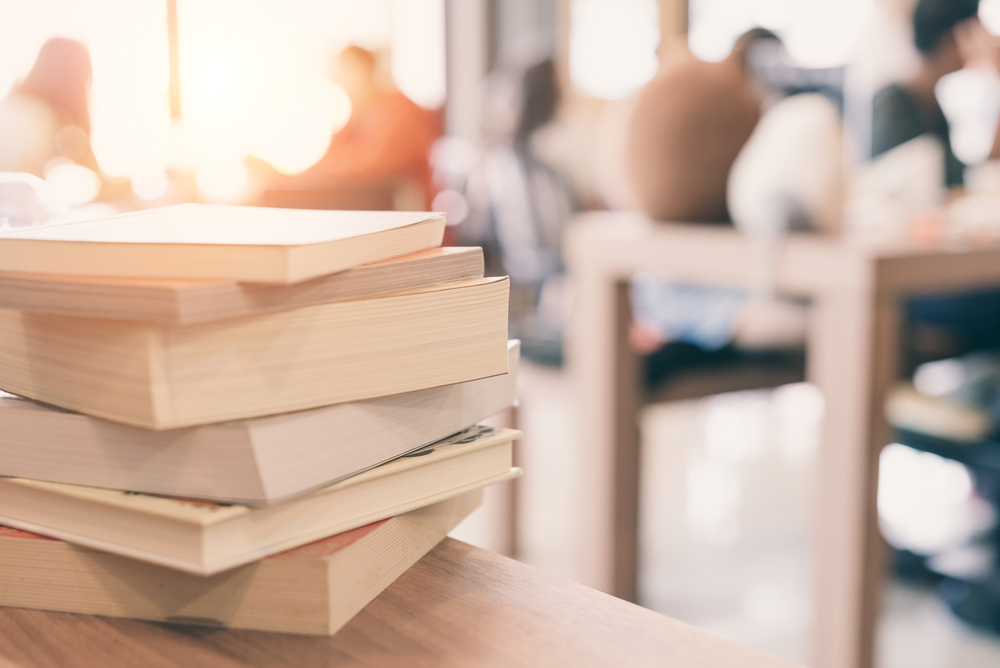 Pictured: Harriet St Pier says that change is needed to support the wellbeing and mental health of university students.

Finally, the question can be asked of whether we as a community are adequately preparing our young people to go to university: do we ensure that they have the necessary resilience and life skills to be successful students? What more can we as an island do to better equip our students for success? To support them through periods of stress, anxiety and loneliness?

The pandemic was a long, tumultuous, painful couple of years. It is inevitably tempting, in all areas of life, to try to make a return to normal; to try to go back to the familiarity of what we knew before. However, it provided us with an opportunity to look at the status quo and ask ourselves whether we can do better.

When it comes to students' wellbeing, a return to normal simply isn’t good enough. Students' wellbeing was propelled into a crisis by the pandemic, but the intrinsic problems were present long before.

The recent findings of reports such as that of the HEPI should propel us towards taking urgent action.

The consequences, if we fail to do so, could be severe.

Student Board hopes to bring new ideas to the table

Students given a valuable lesson in looking after their finances