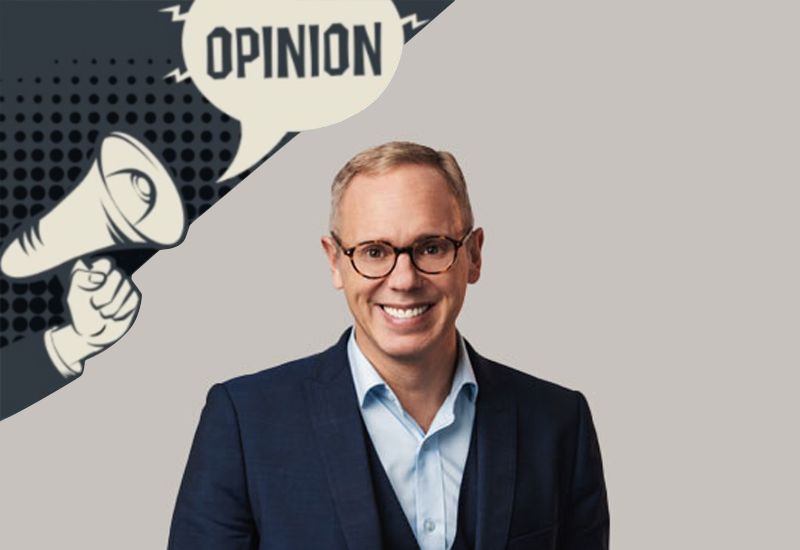 Did you vote for 'Deputy Neil Rinder'? He has risen to political fame using Twitter to engage with the #chog - and today in an exclusive for Express he shares his wider opinions on next week's Tax Review debate.

In his own words, in long form for the first time, Deputy Rinder: 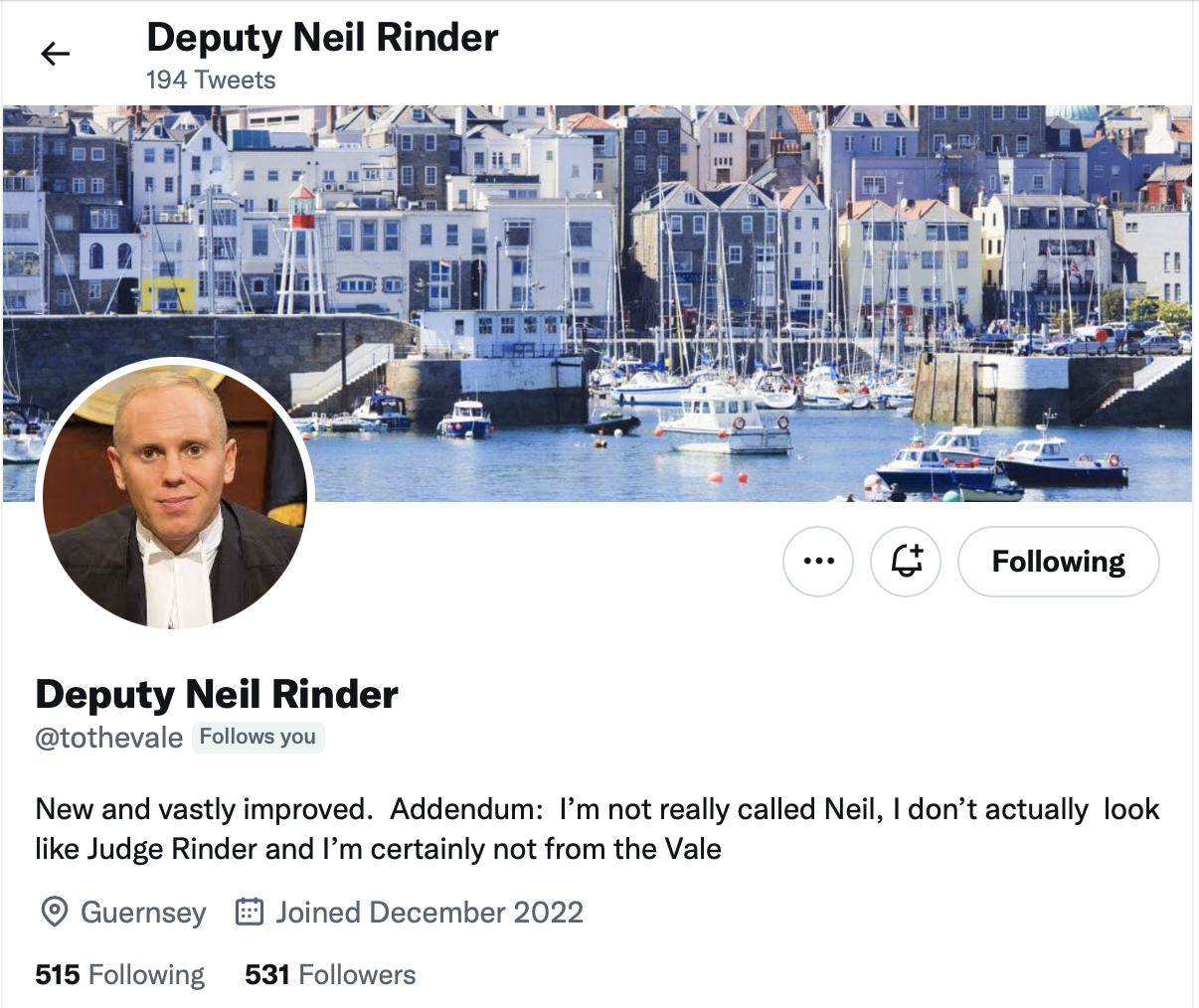 Pictured: He's on Twitter and now he's on Express too.

Most of you will recognise vampires as creatures that feed on the blood of their innocent victims. What an awful thought.

It gets worse though because vampires have day-time cousins which you might more commonly refer to as Deputies. Deputies are not interested in your blood, well not yet, they instead have an unquenchable thirst for your hard-earned cash. We just can’t help ourselves and we really are sorry [we’re not sorry]. And that, unfortunately for you, is the problem leading up to our Tax debate next week.

A coven of Guernsey’s vampires, sorry Deputies, dreaming up new ways to convince you that we are all sticking to our election pledges whilst at the same time our grubby little mitts are reaching deep into your pockets.

So, who are the headline acts at Taxfest2023?

First up its Policy and Resources who as an aside seem to have the hump with just about everyone these days, excluding perhaps the Alderney lads who’ll agree to anything now that they have their new tarmac. 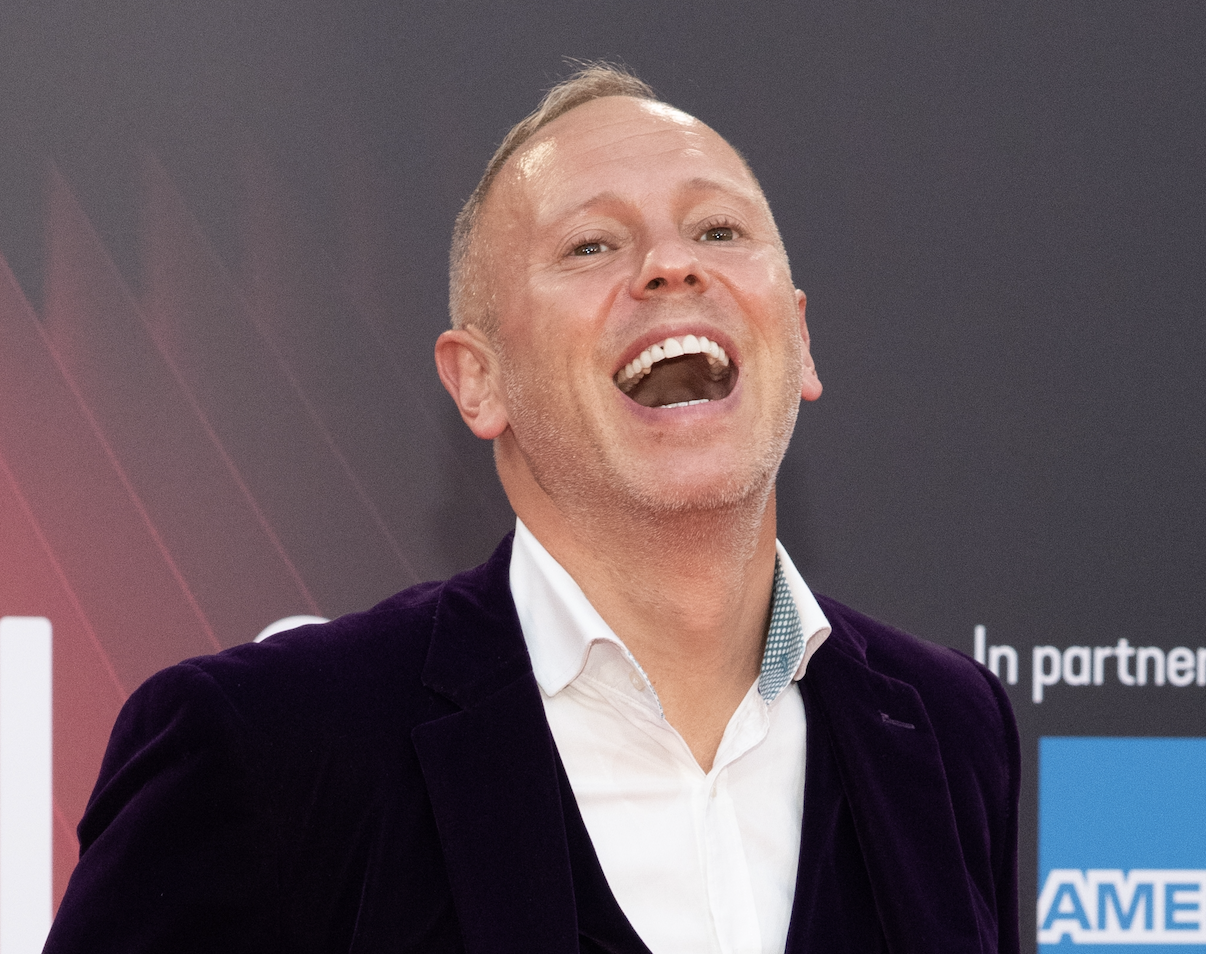 P&R are miffed because of mutiny within the ruling collation which is understandable because our leaders are not used to going into a debate without the result having already been agreed on the WhatsApp group. Quite bizarrely they’ve joined forces with Deputy Roffey which is a bit like Robin Hood joining the Peaky Blinders. In short, they want you to know they’re very cross about proposing GST, but it’s not their fault, it’s because everyone else is completely incompetent.

Moving on we have Deputy Parkinson with a supporting cast of backbenchers, including the likes of Deputy De Lisle and Deputy Queripel. It’s the political version of Dad’s Army with all the potency of that group too. Don’t panic Deputy Parkinson! The truth is that no one really understands what the hell Deputy Parkinson is on about, including his own squadron, but every so often we hear the words ‘Say No to GST’ and the masses seem to love it. With that strapline Deputy Parkinson is clearly playing the populist card and all those Deputies that have built their careers on populism are outraged at his tactics.

Next up is Deputy St. Pier and Deputy Soulsby. They have proposed a ‘Fairer Alternative’ which the rest of us refer to as Sweet FA.

Deputy Soulsby told us that GST is the main reason that she left P&R, which is the 226th main reason that she has given us since she left the boys in her wake a few weeks back. Deputy St Pier is using some reverse psychology because despite what he is telling us he really does want GST. The former Chief Minister and poll topper [thanks to Dr Brink] has finally come to terms with the fact that he’s got no mates. His opponents vote the opposite way to him as a point of principle, and so he must campaign against GST to get it in. Very clever stuff, they’ll fail. 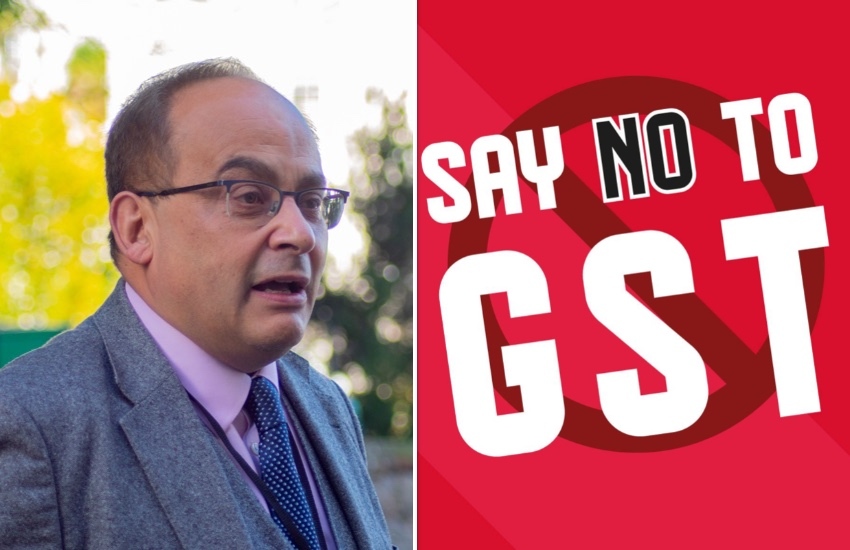 Finally, we have Deputy Meerveld, you know him as the one with the hat and the shed. He has teamed up with sidekick Deputy Blin, who by the way has a remarkable resemblance to Penfold the very able assistant to Danger Mouse. These two are proposing yet another version of the car crash that is ‘pause and review’. If they succeed it will take us to the final year of this term when even more of nothing will be happening. By then we will be consumed with the task of convincing you that if you vote for us again at the next election, we will follow the will of the people. Lol.

We all know you don’t want new taxes and that you expect us to save money, but what you don’t seem to realise is that if we go down that road, you’ll be far worse off. Think about it, every time we try and save money whatever we do ends up costing you twice as much as it did in the first place. We’re hopeless.

We had a 10-year plan to remove 200 jobs and we ended up with 200 more, we spent £200m on outsourcing the computer stuff and nothing works. We can’t even remember how many £100m schools we are supposed to be building.

It comes down to this, the people of Guernsey need to cough up and feed our spending addiction or we’ll create more mischief than you could possibly imagine.

We are doing you a favour putting up taxes, you should thank us.

Thinking of you always, Deputy Rinder (@tothevale on Twitter).