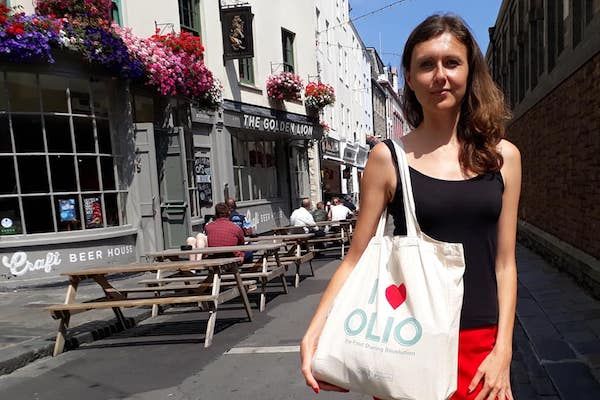 A woman who is an ambassador for Olio, a free app that aims to connect neighbours with each other, and with businesses, so that excess food can be shared, not thrown away is in talks to activate it in Guernsey.

Elis Joudalova, wants the island to be one of the first without food waste and follow on from a successful year since launching in Jersey. To get there, she has been over here talking to food retailers, restaurants, cafés and individuals to get them on board to share their food surplus.

OLIO is a free app connecting people with their neighbours and with local shops so surplus food and other items can be shared, not thrown away.  Ms Joudalova is looking for volunteers in Guernsey to help get the scheme going. In essence what happens is if an individual has any surplus food then they can share this on the app and others can see and potentially take it to save waste. The app works much better when businesses are involved like they are in Jersey and cafes or restaurants and shops or supermarkets share their surplus food or that food past its 'best before' date.

Ms Joudalova said: "Many supermarkets dispose of food items where the best before date has passed, tins of soups, drinks cans, dried pastas and other items like these can be perfectly edible after this time. In addition supermarkets throw out items where the packaging is damaged or items have come out of multi bags because they cannot sell them. By sharing these items on the app people can take these and save food waste."

After the success in Jersey Ms Joudalova is in talks with businesses now in Guernsey and has already got her first big company on board with the app and the Co-Op here have already signed up and shared their first food give away. 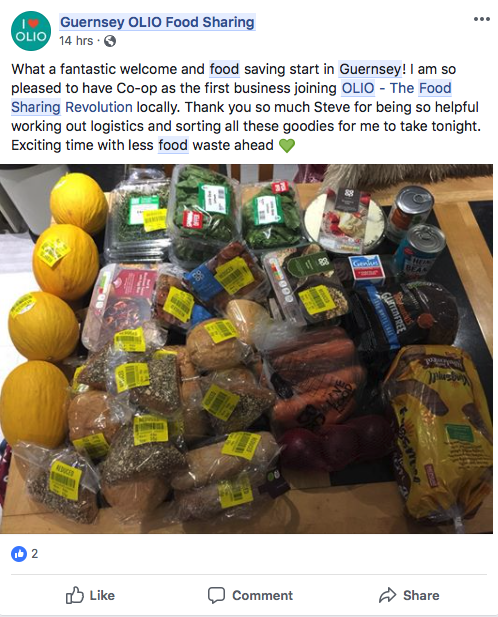 A "massive foodie" and graduate in sustainable tourism and hospitality management, Ms Joudalova says finding ways to manage waste is like a hobby for her. She told Express: "When I read about the app it I thought it was an amazing idea. It made so much sense. I wrote a heartfelt cover letter to the head office and they agreed for me to become an ambassador. I have been going to businesses to ask if they would like to give their food surplus. I thought it was going to be hard but I have been overwhelmed by the response."

Ms Joudalova now needs people to help with the app in Guernsey so that more food can be shared and utilised rather than thrown away. If you would like to get involved then you can like the Facebook page facebook.com/guernseyoliofoodsharing/ or email her directly elis@olioex.com