Who is Dr Brink? 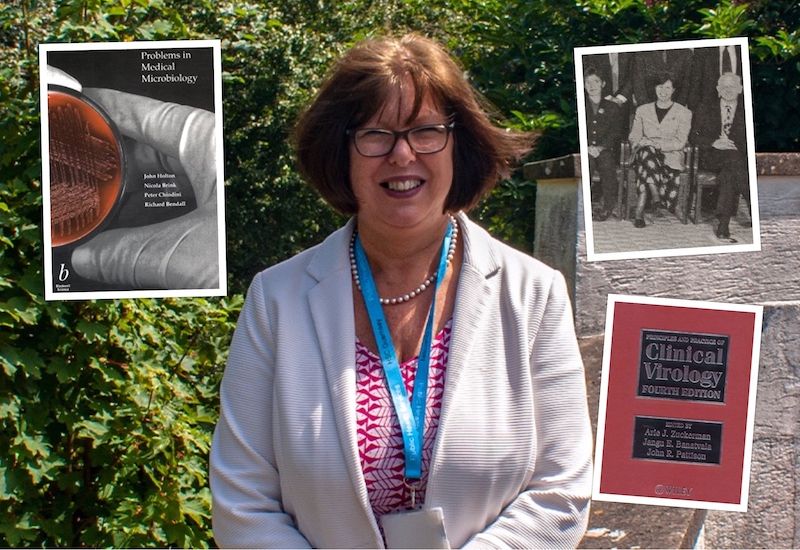 Who is Dr Brink?

Dr Nicola Brink has taken a few minutes out to talk with Express about her career before Guernsey, her passion for teaching and the "amazing" team she works with every day.

Guernsey's Director of Public Health has become a local celebrity in recent weeks due to her expertise in virus control, her honest responses to questions and her soothing voice, which has proved so popular that the States communications team asked her to record a bed time story for children.

Dubbed by Chief Minister Gavin St Pier as "the only one of us here who has trained all her life for this", we spoke to the figurehead of Guernsey's corona virus response team about her background and professional interests.

Born and raised in South Africa, she started her professional qualifications with a five-year course in medicine.

In her early to mid twenties, Dr Brink met a Professor at the Cape Town Hospital, who she describes as one of two main inspirations throughout her career. He encouraged her to further explore her interest in virology, which was still a developing discipline in the country at the time.

She started studying microbiology before spending three years specifically studying virology, becoming one of the first doctors in South Africa to specialise in the discipline.

Pictured: The work of the Public Health Team in squashing the curve has helped to prevent the hospital being overwhelmed, which was one of the States' main priorities as the corona virus crisis started to escalate.

Whilst in South Africa, Dr Brink experienced the second turning point in her career. Presenting research about HIV and Aids at an international conference in Berlin, just after the Berlin Wall came down, she was approached by the Professor of Virology at University College Hospital who asked her if she would consider coming to work in the United Kingdom.

"I moved over in 1991 to work and get some experience at the University College Hospital," she said. "They managed to create a clinical and senior lecturer position for me, for which I was very lucky."

"I love teaching, I always enjoyed it and it was a great passion of mine to teach and to see some of my students become virology specialists as well."

During this time she also took a step forward with her academic pursuits, editing journals and contributing to articles in many respected scientific journals and gaining wider acclaim for her work.

Pictured: Dr Brink's papers have featured in many respected publications including the fourth edition of Clinical Virology, which is known as the "Virologist's Bible".

Her academic work has seen her publish papers on subjects such as virological methods, molecular virology, pre‐emptive treatment strategies in haemotology, virus outbreaks, preventative measures against HIV and the use of antibody testing.

Dr Brink carried out a lot of forward-thinking research in sequencing, using technology to improve diagnosis, and creating treatment plans for patients for maximum effectiveness.

"My passion has always been improving the clinical care and services we offer," she said.

Dr Brink brought that passion with her when she moved over with her husband in 2003 to take up a position in the local clinical HIV and hepatology service working with the Orchard Centre. 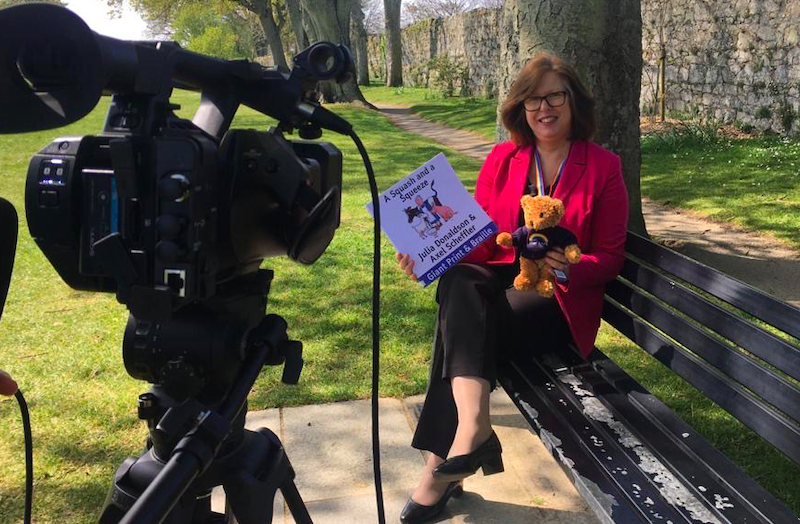 Since taking up that post, her team have been working on programmes to eradicate Hepatitis-C and cervical cancer in Guernsey, with the introduction of free cervical screening one of the measures taken to help accelerate that process.

Another area of its mandate has been preparing for a health emergency, something that Dr Brink was adamant that key public servants and services should be geared up for.

"I always knew it was a possibility when we did our pandemic exercise last year," she said. "As Deputy Soulsby [HSC President] has told you, I was really insistent that we did it, as it was a case of when rather than if.  We knew it was a risk which is why we spent so much time preparing for it."

Given that virus control is an area she has trained for throughout her career, she acknowledged that Guernsey's success in squashing the corona virus curve has been a highlight of her professional work.

"I think from my perspective perhaps the most rewarding part of it has been how everyone has worked together - The Public Health Team, the Pathology Team and the public. I think the success of that is not a reflection on any one individual, it is the reflection of everyone working together."

Posted by Karen Hill on May 4th, 2020
Dr. Brink has done a terrific job at leading the fight against Covid19. She has the experience, scientific knowledge and calm demeanour which are all qualtities necessary to succeed and I think we are getting there. No cases on Alderney, my home, which is terrific and fewer on Guernsey which would have been predicted. An article in the Guernsey Society's recent Review publication on the Spanish Flu of 1818-19 by Stephen Foote in the Channel Islands show history does indeed repeat itself with the spread of illness - most interesting read.
To place a comment please login Login »