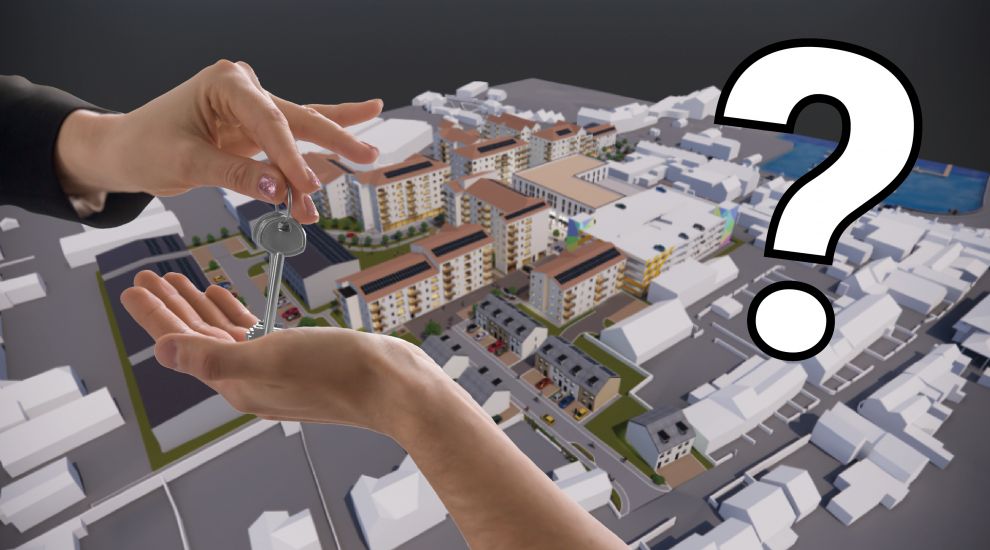 An independent expert has judged that full compliance with the islands’ affordable housing policy at Leale’s Yard is not commercially viable, with one of the development partners unable to directly provide less than half the mandated units.

The Channel Islands Co-op and its development partner, Omnibus Investment Holdings, are seeking to redevelop the site off the Bridge to provide 338 units of accommodation as well as a range of retail and commercial spaces.

Under the islands’ affordable housing policy – GP11 – developers are required to allocate between 26% and 30% of land as ‘affordable’ in projects with more than 20 properties.

The Co-op are proposing to provide 26 units of affordable housing above its retail store, seven of which would be offered to staff “at reduced rental levels”.

Omnibus, who will acquire most of the site, should provide 30% of its portion, 312 units, to comply with the planning policy. That is approximately 93 units.

But in a letter to the Guernsey Housing Association, Omnibus stated that the development would be rendered unviable should GP11 be applied in full. Instead, it has offered to provide 14% - 43 units - of the site for affordable housing and to sell the remaining 16% to the GHA at 95% market value if a 10% deposit is paid.

Following this, the Development & Planning Authority and Omnibus commissioned an independent expert to undertake a viability model assessment. It subsequently concluded that “the affordable housing that has been offered is… beyond the maximum reasonable the scheme can support.

“On a current day basis the scheme would not support any affordable housing contribution.” 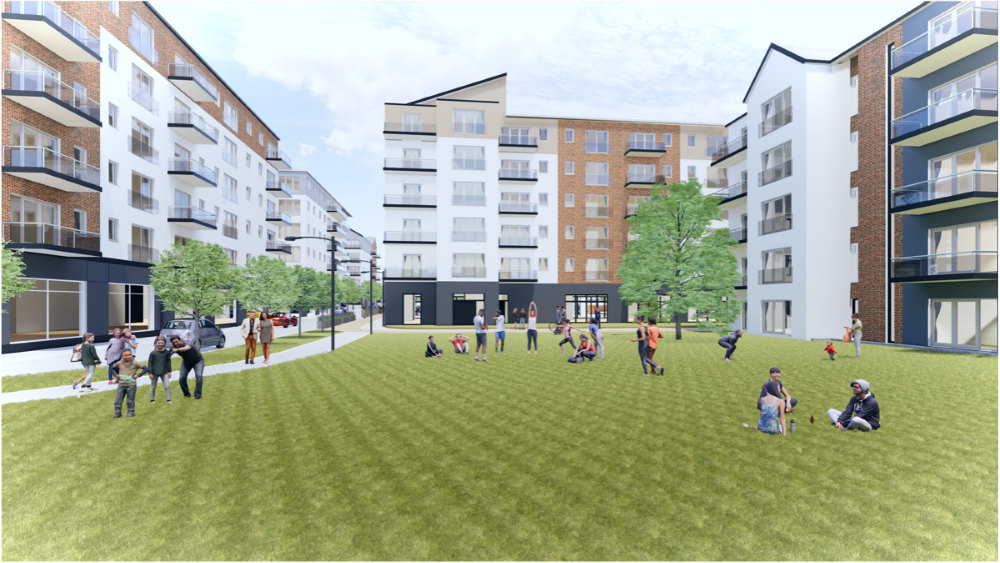 Pictured: Leale's Yard would become the largest housing development ever built in Guernsey if permission is granted and spades go in the ground.

The Planning Service previously confirmed that “independent advice has been sought in relation to viability” for affordable housing at Leale’s Yard.

It also confirmed that “matters relating to affordable housing and compliance with [Island Development Plan]Policy GP11 will form a part of the planning consideration”.

Express asked questions after Deputy Victoria Oliver, President of the DPA, confirmed to the States’ Assembly that an Open Planning Meeting was scheduled for October 17 but had to be rescheduled: “Unfortunately, there was a discrepancy in GP11, and it is currently with an independent arbitrator,” she said.

Only one application which includes a GP11 carveout has been approved to date, Pointues Rocques, six years after the policy was adopted.

It has since been revealed by the independent expert in the application’s planning report that an affordable housing contribution above 14% is not viable:

“There is a circa £22.96 million shortfall in developer’s profit and confirms that the affordable housing offer made by the applicant is more than the scheme can currently viably support. Indeed, even if a nil land value were adopted for the purpose of this review, the scheme would still not be able to increase the affordable housing contribution.

“Furthermore, we have carried out a high-level cross check, for illustrative purposes and this indicates that even on a 100% private basis on all 312 units, the scheme still does not achieve the target profit level.

“However, the applicant has offered this level of contribution recognising the need to support affordable housing on the Island. If consent is granted on this basis, the Authority can discuss with the applicant the optimum means of delivery, having regard to housing need in order to obtain the preferred balance between affordable housing and discounted market sale housing, whilst maintaining the same appraisal outturn.” 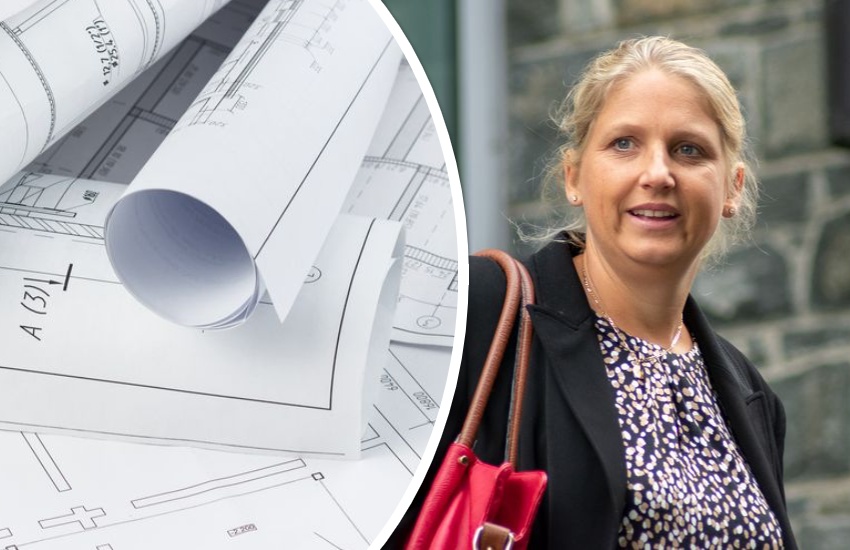 Pictured: Deputy Oliver informed the Assembly that further advice was being sought over GP11 at Leale's Yard.

The independent expert deemed the applicants’ proposed residential values, build costs and infrastructure estimates to be “reasonable”, whilst the commercial values were deemed to be optimistic “given given current economic conditions”.

“There are various challenges associated with delivering a scheme of this scale on the Island and substantial infrastructure requirements, which mean that the modular housing approach to delivery represents the most efficient and cost-effective approach,” it added.

It also found that the offer to sell the remaining 16% of the allocation at a 5% discount to the housing authority would not constitute an affordable housing contribution, saying the main benefit would be “to the applicant in terms of de-risking their cashflow”.

“But an equivalent contribution in additional affordable housing units could be sought. The details of such contribution would principally be a matter for the Committee for Employment & Social Security, facilitated by the DPA.”

ESS argues it is for the DPA to decide whether any variation in GP11 should be permitted “rather than for Omnibus to make an offer to the GHA in relation to this”.

“The GHA may require higher capital grant funding from the States than usual in order to ensure the financial viability of providing affordable housing at discounted market rents/prices.

“The Committee is of the view that a 5% discount on market value is not sufficient to reflect the guaranteed sale of the units and upfront cash instalment that would be received through the deposit.”

“However, it should be noted that this will be subject to both the Committee and the Policy & Resources Committee giving full consideration as to whether they would be willing to support a capital grant on such terms. This decision will be made following the determination of the percentage area of the site that is to be provided for affordable housing.” 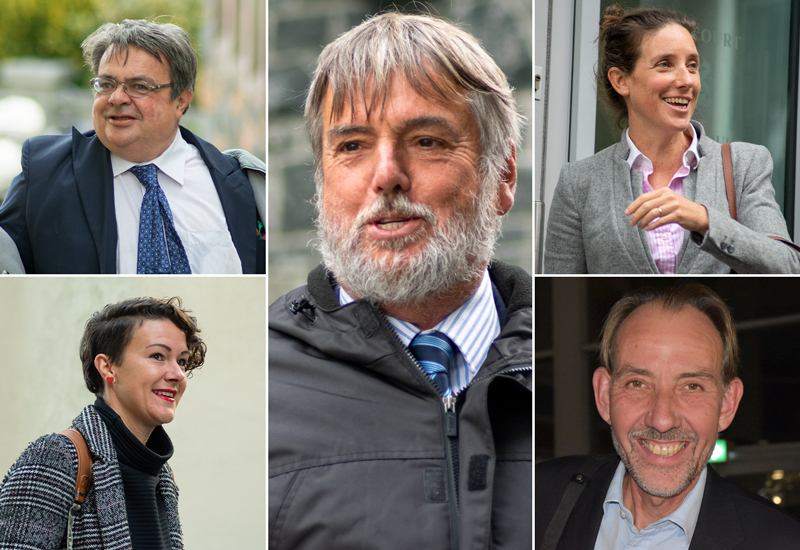 Pictured: The Committee for Employment & Social Security has political responsibility for affordable housing in the Bailiwick.

ESS supports in principle the Co-op plans to provide and manage affordable housing on the site providing several conditions are met. Firstly, that rent and eligibility criteria is abided by and properly enforced, assurances that Co-op employed tenants will not be evicted if they cease employment but still meet the eligibility criteria, and that homes are built to GHA standards.

“As a key stakeholder, with its mandate for the delivery of affordable housing, the Committee looks forward to being consulted formally for its views throughout the planning application process for the Leale’s Yard development site,” it added.

The planners require the applicants to enter a planning covenant with the DPA before full planning permission can be granted to the scheme. This is so the extent and terms of affordable housing can be agreed, alongside several other development factors such as vehicular access to the site, ecological off-sets, and ongoing management of related infrastructure.

The outline application, which has been recommended for approval by planners, will be considered by the DPA at an Open Planning Meeting next week.