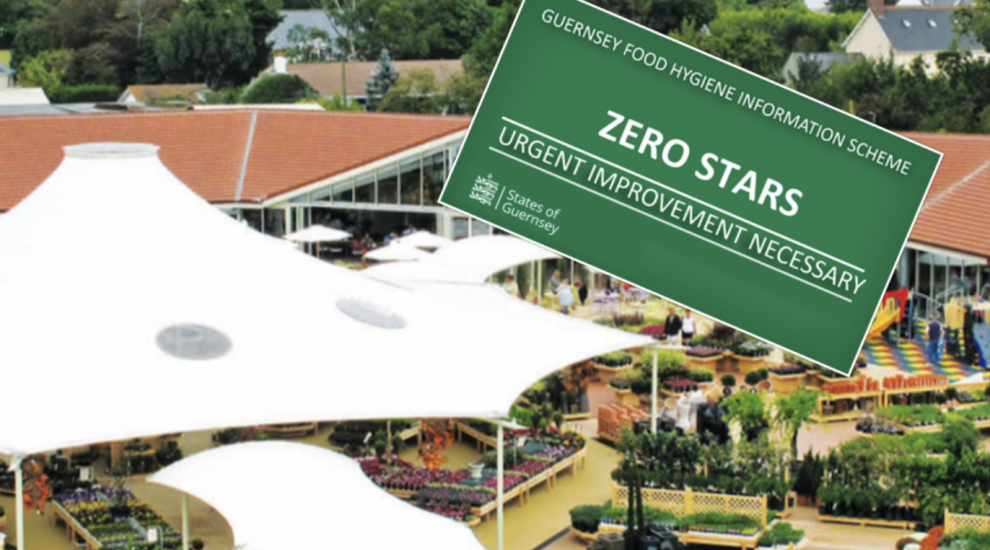 Le Friquet Garden Centre has been handed a zero-star rating for its restaurants after issues were found in its cleanliness and condition of facilities.

The Guernsey Food Hygiene Information Scheme reviews and regulates businesses that handle and sell food in the island and rates them out of five stars.

The only establishment in Guernsey to have recently received zero stars is the Le Friquet with its 'Café des Amis' and 'Terazzo Del Giardino'.

Garden Centre Manager, James Robin, said he expects to get back a five star rating shortly.

"There's no significant issues for people to worry about. We take the report seriously, we've made changes, and we feel confident that our five star rating will be re-instated next week."

Pictured: A food safety officer reviewed the establishment recently and broke down its failings in the above categories.

The majority of Guernsey’s food establishments rate at least three stars or higher, however both the Harbour Café and La Collinette Hotel have been given only one star and have been told that major improvements are necessary.

It comes as the hospitality industry faces severe issues with both hiring staff and retaining them.

Get your skates on!