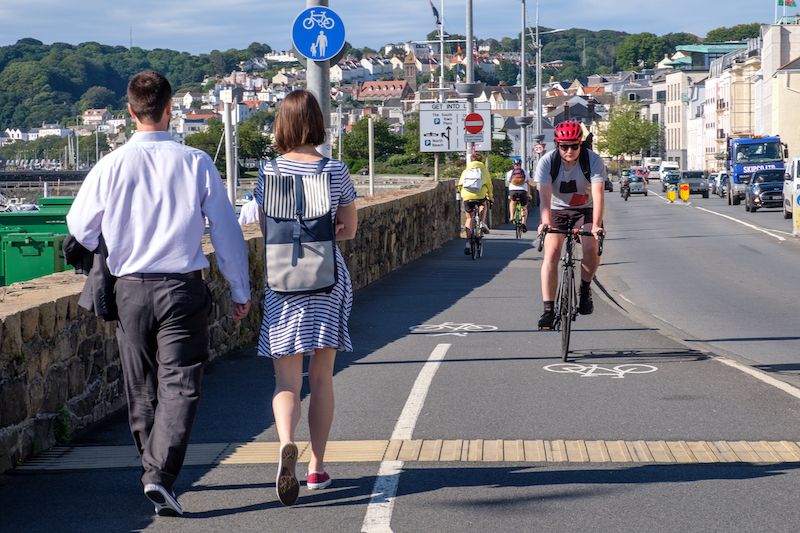 A recent traffic survey that captured nearly one million vehicle movements each week to and from St Peter Port demonstrated that Guernsey’s dependence on the car is "unsustainably" high, according to the Health Improvement Commission, who want active travel to become a priority.

The study used automated counters for seven days from Wednesday 7 July, to record the volume and frequency of traffic on main roads around central St Peter Port.

In total, 917,716 vehicle movements were recorded during the week. The heaviest traffic was along Glategny Esplanade, where 138,000 journeys were recorded. The next busiest road was St Julian’s Avenue, with 118,265 vehicles over seven days.

These two roads unsurprisingly shared the busiest junction, with nearly 30,844 traffic movements recorded at the Weighbridge Roundabout in 24 hours. 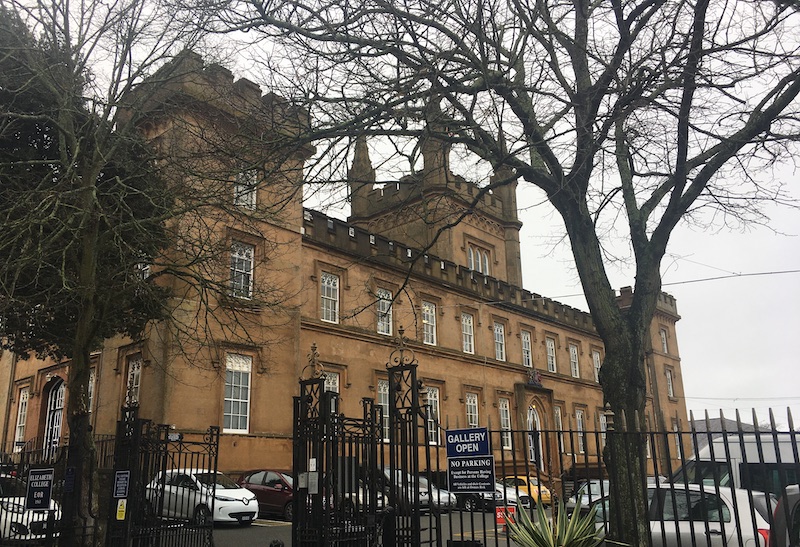 Pictured: Elizabeth College was one of the schools closed at the time the survey was carried out.

"More importantly, the key message is that this level of traffic is not sustainable for 21st century Guernsey," she said.

"Nearly 11,000 vehicles an hour travelling along the Glategny Esplanade is a shocking statistic, but this congestion is probably no surprise to those who travel by car along the front or via the next busiest road, St Julian's Avenue.

"The survey is welcomed as it provides a benchmark of the levels of vehicular activity across town, and it is now incumbent on the States to continue to monitor these levels. The Health Improvement Commission welcomes future surveys to measure the use of other modes of transport." 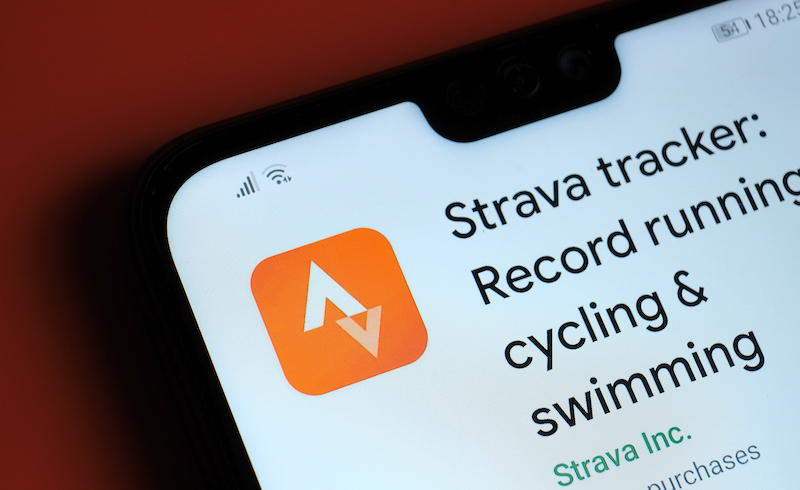 Pictured: Ms Costen believes more commuters are walking or cycling more often, which is backed up by local data from fitness apps such as Strava.

As the States, employers, schools, and the wider community plan for the future, she wants and hopes to see the prioritisation of active travel.

"Cities such as London, Paris and Milan have transformed their environments so that active travel is the easier, preferential option, perhaps Guernsey can follow some of these changes."

"In the UK, the government’s climate change advisors recommend a reduction of car miles of at least 9% by 2035 and 17% by 2035. Locally, a similar discussion would be beneficial given the size of the Bailiwick and our autonomy, we could look at setting our own targets for car use reduction, based on the data.

"We can also set targets for active travel. In Britain, 2% of journeys are made by bike. That compares to 12% in Germany, 16% in Denmark and 27% in Netherlands. What are the levels in Guernsey and what do we want them to be in the future?" 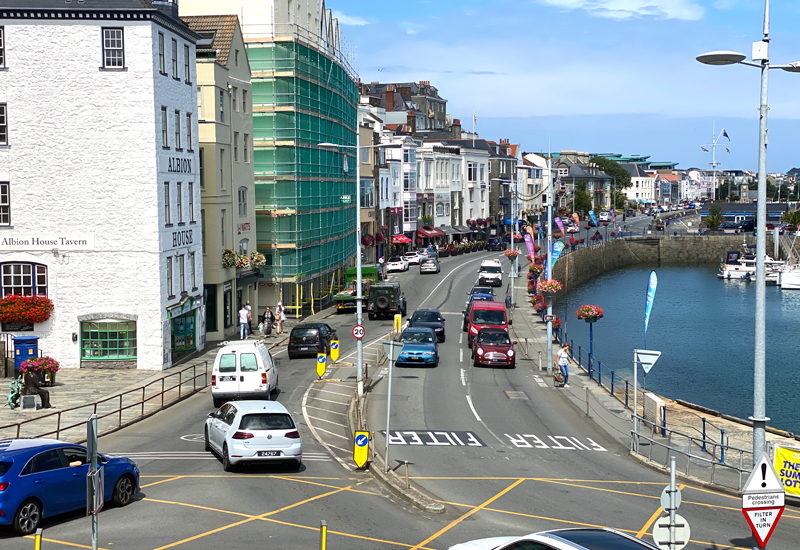 Pictured: The Health Improvement Commission recently produced a document in response to the Town Regeneration Framework, showcasing its ideas to make St Peter Port more healthy, vibrant and fun, with many suggestions around active travel.

Guernsey and the world’s recent lockdown experiences gave a taster of what life might be like with less car use. Statistics from the UK showed that road traffic fell by nearly three quarters to its lowest level since the 1950’s in March and April 2020.

Ms Costen said: "The global response, from Manchester to Mexico City, from Bogota to Budapest was to announce a range of exciting initiatives to create car-free zones, to make cycling and walking easier (and the norm) and these are now becoming permanent arrangements.

"The Health Improvement Commission’s active travel initiative will continue to remind Guernsey how active travel is a force for good on the island and can contribute to a healthier, more environmentally sustainable community into the future."

Posted by Dan Boylett on Aug 9th, 2021
Bailiwick express, please could you ask them to show their workings?

This implies 1.5 car movements every second, 24 hours a day. That seems high.

Car length of 2m, 6m a second - approx 21km/h which seems unlikely if it was that busy, or if it was not illustrating any particular problem as clearly bit congested!

Please challenge as otherwise this is a headline grab based on an exceptionally biased viewpoint - which is costing tax payer money to fund in a climate where we should be challenging the criticality of ‘active travel’ units and equivalent closely.
Posted by nigel Burnard on Aug 9th, 2021
What these statics show is that due to the overdevelopment in the North of the Island coupled with poor public transport links there is a necessity for people to use their vehicles to take children to school and reach their workplaces. This volume is only likely to increase with the further developments planned in the North of the Island, Leale’s yard, Pointes Rocques, what was going to be the Data Park at Route Militaire etc.
What needs to be considered really is that most people live in the North of the Island but work in Town and all industrial units are also in the North of the Island rather than spread around the Island
What were the statistics for vehicles travelling into St Peter Port from the South of the Island?
Posted by Robert Williams on Aug 9th, 2021
Who decides that it is “shocking” and “unsustainable”? Another individual who wants to see St. Peter Port shut down. Close the town down and obviously there’ll be plenty of room for cyclists and pedestrians as there won’t be many shoppers getting in their way.
Posted by Jake Wilson on Aug 9th, 2021
Agreed with Dan - all that these statistics show is that Ms Costen's ability to do basic maths is "shocking".
Posted by Mandy Nash on Aug 10th, 2021
I was told that there were rubber strips in the road measuring the traffic going over them to get the statistics required. How can a rubber strip know if a car is going over it or a vehicle like the Petit Train or even a bicycle? Presumably the figures were obtained and then halved as each vehicle has at least 2 sets of wheels going over the strip (unless its le Petit Train which has many more sets of wheels.) If I have got this completely wrong please explain how it was done. Thank you.
To place a comment please login Login »