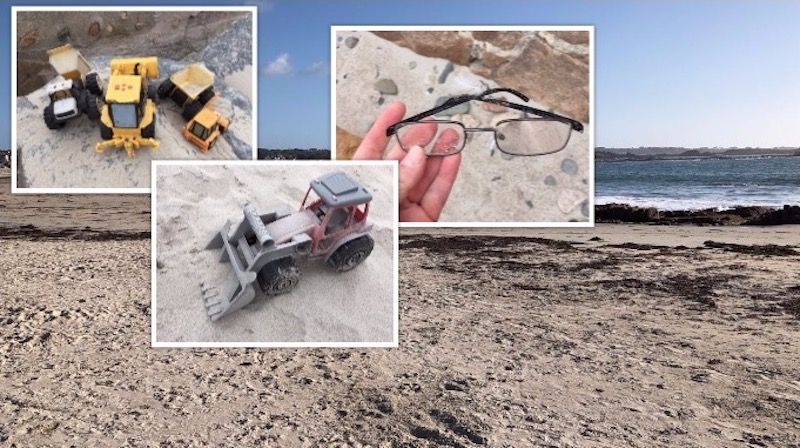 More toys have been left behind on Guernsey's beaches this weekend, despite a plea from volunteer beach cleaners to make sure you take all your belongings with you when you leave.

Just last week a number of toy diggers and other items were found at Grandes Rocques, before a number of buckets and spades were found left behind at Port Soif on Saturday.

Members of the Facebook group 'Found on the beach in Guernsey' catalogue the items they find during their volunteer wombling sessions around Guernsey's coastline. 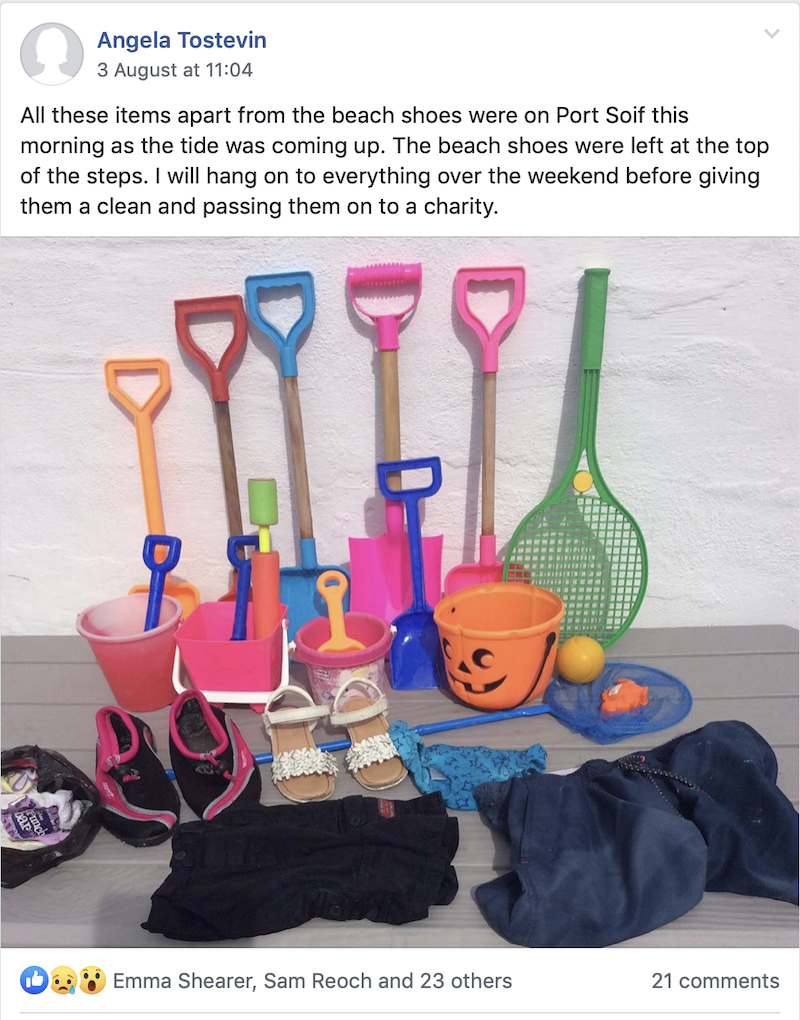 Pictured: A user of the Facebook group shared this image of items she collected at Port Soif on Saturday.

Last week, the group's founder, Sam Reoch, told Express there seemed to be an increase in the number of personal items, including toys, which were being left behind by beach goers.

“We, as a group of beach cleaners are shocked at the amount of personal items that are being left on the beach this year which includes items of clothing, towels, goggles and glasses, beach toys, even food & drinks. These items are only adding to our workload as we already pick up litter that has been washed onto the beaches in the incoming tides," said Ms Reoch.

"We would like to ask if beach visitors could please double check that they have all there belongings with them before leaving the beach as these items will only add to the pollution of our seas if taken by the tides. Could we also ask that if you see a similar item left behind on the beach, could you please put it out of the way of the incoming tide, up over the wall so that it won’t blow back onto the beach.” 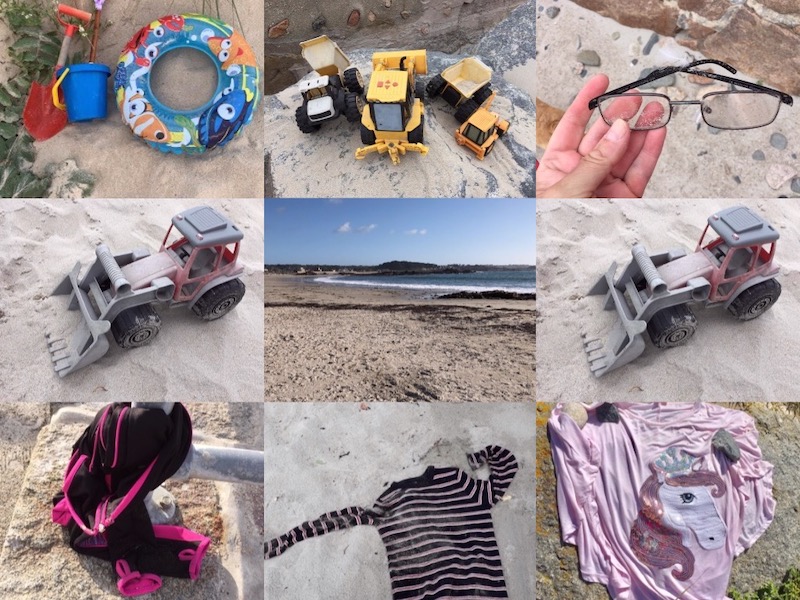 Pictured: Some of the other items left behind on beaches last week, which were later collected by volunteers.

Some members of the beach cleaning Facebook group questioned whether some people had left the toys behind so that other children could later use them, while others suggested it might be a question of some children have so many toys they don't notice when some are left behind.

Pictured top: Some of the items left behind on Grandes Rocques last week, which were collected by volunteers.