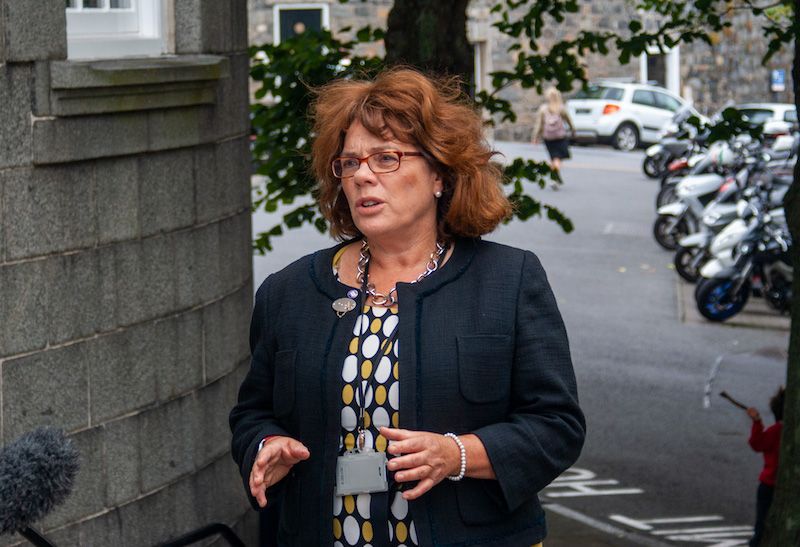 The States has been so "woefully slow and inadequate" in releasing land for development that it will have to buy private land at market rates, the outgoing Employment & Social Security President has predicted in a wide-ranging interview about the economy, discrimination and social policy.

Deputy Michelle Le Clerc, who is standing down from the States, spoke to Express about some of the main challenges the States faces and some of her own personal reflections on her time in politics.

Through her role on the Employment & Social Security Committee, she has sat across a wide-ranging mandate working on matters such as social policy, anti-discrimination legislation, housing and employment.

Her committee has been instrumental in initiatives such as free contraception for under-21's and the much-awaited approval of anti-discrimination legislation, which Deputy Le Clerc and her committee has fought tooth and nail for.

"My greatest concern is who is going to continue the Social Policy work," said Deputy Le Clerc. "Most of the candidates' manifestos seem light on this area. I can understand new candidates not being so aware of the issues that face many in our community. 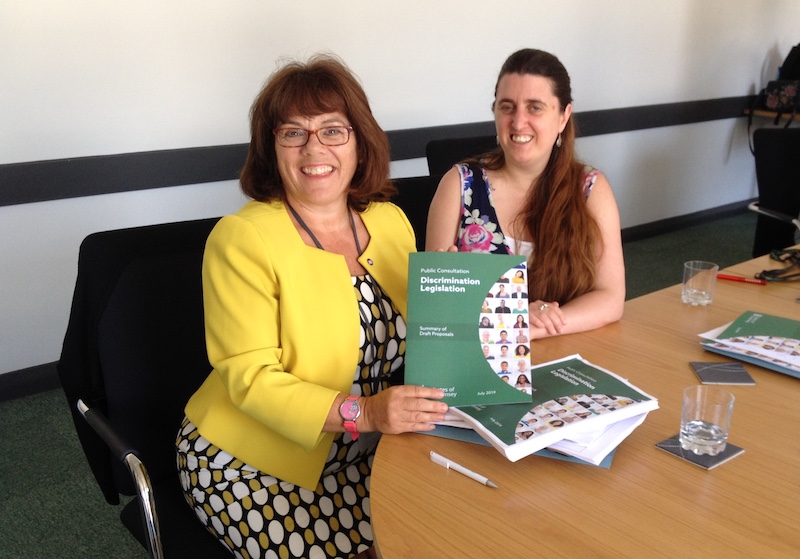 Pictured: Deputy Le Clerc and Deputy Emilie McSwiggan from ESS proposing their original discrimination legislation proposals last year before they had to be downscaled because of a fierce backlash from some businesses.

"Very often it is only when you get on a committee such as ESS and HSC [Health & Social Care] and get into the policy work, and also start receiving emails from constituents, that you really understand the context of what some families face."

Those problems lie at the heart of people's lives and cascade into other areas - their finances, family life and their ability to access healthcare. Being exposed to that also shines a light on the positive changes made, of which Deputy Le Clerc has instigated many.

"What I am most proud of is [introducing] free under-21 contraception; I set out to work with Deputy Soulsby to introduce it this term and we succeeded - the early indicators are that teenage pregnancy has been reduced by 75%. We have small numbers but this will be life-changing for years to come.

"Social Welfare reforms; the introduction of Income Support was successfully introduced and transitioned from old rent rebate system. Some will lament the old ways but it  was unfair to those not in the position of living in social housing. 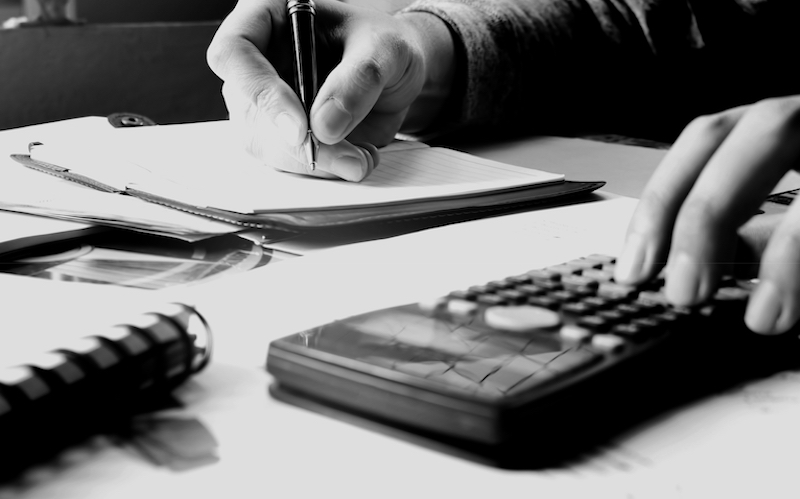 Pictured: Deputy Le Clerc said her committee and constituency work had highlighted the amount of poverty that exists in Guernsey.

"There is still work to do on the review of the basket of goods on which the rates were calculated for benefits and the benefit limitation still caps over 50 families, so I am not surprised that the uptake in people using the food banks has increased. More needs to be done as we do have people living in poverty."

The bid to introduce anti-discrimination policy has been one of the most well-publicised and ongoing struggles of the previous term. Earlier this year, ESS managed to secure approval for new legislation in the States, leading to joyous celebrations outside the chamber.

However, it was not always smooth sailing for Deputy Le Clerc and her team.

"I did not expect the backlash from business, as early consultation did not indicate the concerns they had," she said.

"That delayed our work which was disappointing but work on this must continue through the next term and deliver on resolutions made.  It has been a battle for ESS to get the funding and resources for the work over the past four years and we had to scale back significantly what funding should be in place to support the tribunal, mediation, training and education over the next few years. I just hope that in doing so we have not set this up to fail." 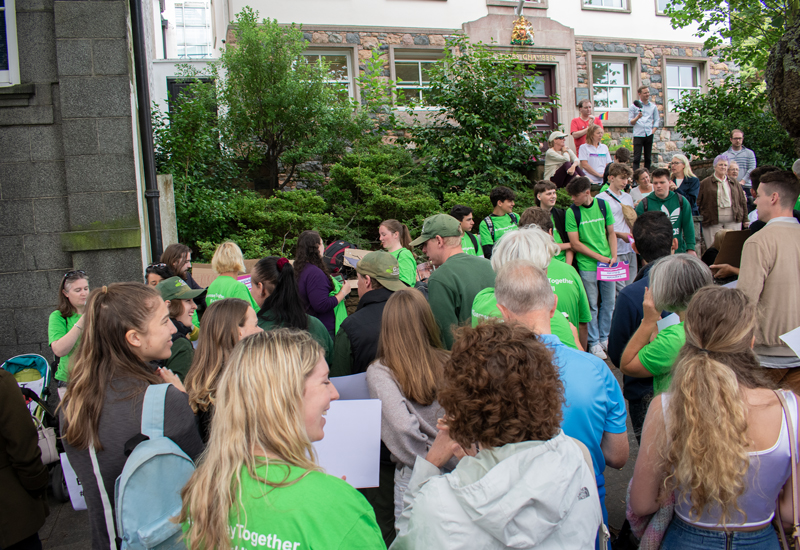 Pictured: There was strong public support for new discrimination laws ahead of the States debate at which they were approved.

"The one area of the ESS mandate that I feel has not been as successful is our housing mandate. We have continued to build new houses for rent and partial ownership with the GHA but we are not building enough.

"Our aging demographic means that we need more one bedroom accessible properties and we have a waiting list for partial ownership properties.  The land available for development from the SOG portfolio has been inadequate and woefully slow in being released, these include the Belgrave and Fontaine vinery sites, Castel Hospital and old King Edward sites, the old Education premises in the Grange to name a few.

"We are now looking at having to purchase land from private owners at market rates so we can build beyond 2022."

This is one of the long-running issues that Deputy Le Clerc says must be met with a new approach. Her concern is that recently-emerging problems will change everything. 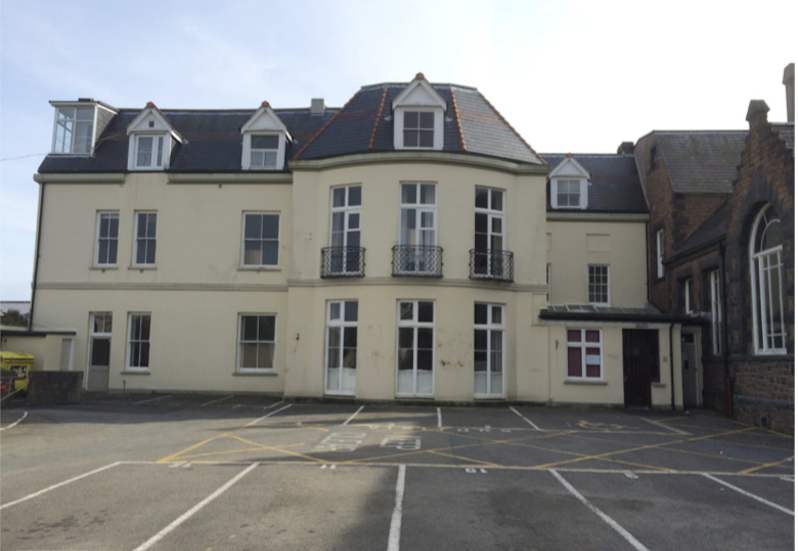 Pictured: The States put the former Education Offices on the Grange up for sale for £1.75m - Deputy Le Clerc said it should have been made available for States housing.

The corona virus pandemic has already taken a huge toll on public finances, leading to unprecedented levels of States borrowing.

"The main issue is going to be balancing the books post-Covid," Deputy Le Clerc commented. "We already had pressure on spending and the sustainability of Insurance Funds, so the fiscal review will be the most important and urgent issue facing the next assembly.

"As I leave office there has been no early discussions around the review between P&R and ESS, yet a report was due before end of Quarter 2 next year."

Deputy Le Clerc said there are further pressures on the States coffers in the shape of the Long Term Care Fund - which she describes as "a ticking time bomb" - funding of NICE drugs and the Guernsey Insurance Fund, if States pensions are to remain at or above RPIX.

"That is without looking at the impact of Covid on reduced income to the fund and payment of higher unemployment and sickness benefits," said Deputy Le Clerc. 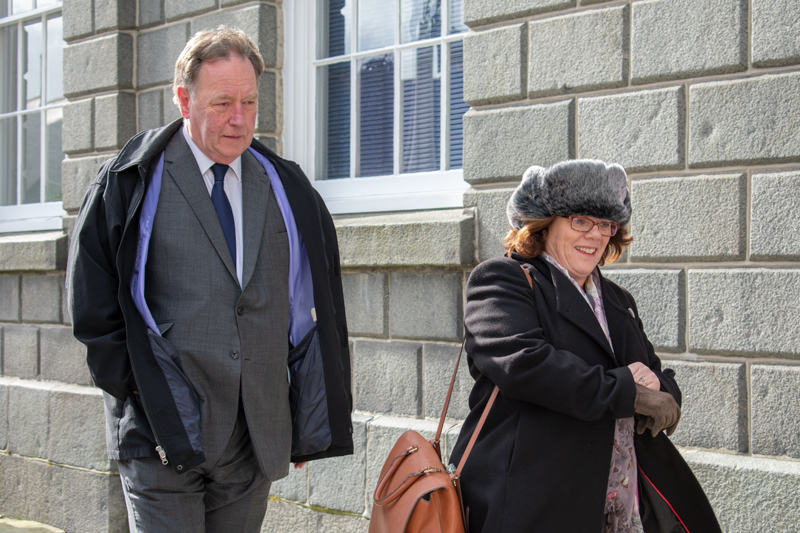 And while the 'cost' of Equal Pay for Work of Equal Value has been give a £50m price tag, Deputy Le Clerc said the P&R had trailed a false narrative that this was just because of the anti-discrimination policy work.

"The issue has been around for much longer and has been ignored by successive Policy Councils and now P&R."

The Covid-19 pandemic multiplied unemployment levels, however Deputy Le Clerc is wary that the virus is not the only threat to the island's economy and, as a result, its employment opportunities and career paths.

"Everyone talks about economic diversity but we have been trying to diversify for many years and nothing comes close to the contribution made by finance industry.

"Who knows what impact Brexit will have on our 'golden goose'. The industry is consumed by regulation and we do everything (at great cost) to ensure compliance and to maintain our status as well regulated, but will new business go to London post-Brexit?"

Similar concerns about Guernsey losing business to London have also been raised by the CEO of an international trust company in an interview with Express today.