Salerie lights up until the weekend 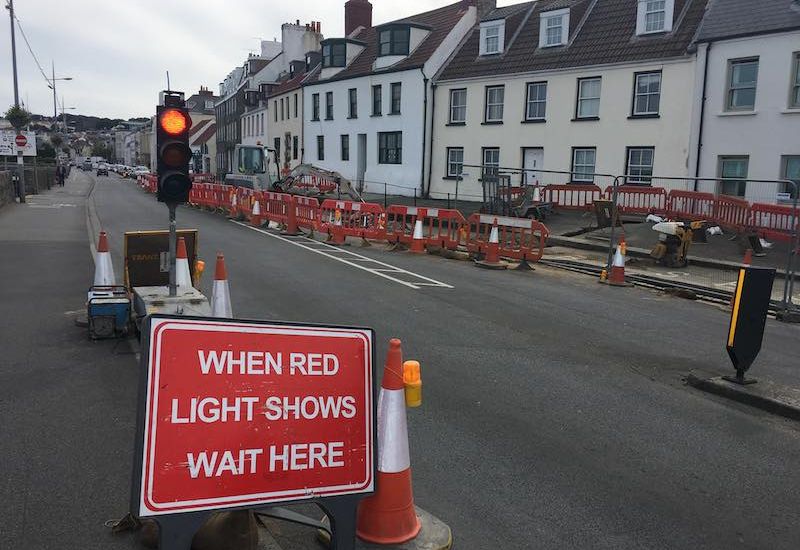 Salerie lights up until the weekend

The temporary traffic lights at Salerie Corner will be up until at least the weekend, as Guernsey Electricity continue working in the area.

Initially, the lights were put up temporarily while the utility firm carried out some planned works in the area last weekend.

Engineers were working on a property along Glategny Esplanade which was due to end on Sunday, but the firm announced it had also found an additional fault which needed repairing so the lane closure had to stay in place, with the temporary traffic lights then staying in place for longer too.

However, those emergency repairs have also taken longer than initially expected and the lights will be staying up for another couple of days at least.

On Wednesday, Guernsey Electricity said it was deploying all the resources it could to the site at Salerie to get the work completed as quickly as possible.

"Planned activity at another site has been delayed, in order to send additional teams to complete the work at Salerie Corner as quickly as possible."

"The temporary traffic lights are expected to be removed over the weekend."

Traffic jams are expected in the area, in both directions will the lights remain in use, so motorists are asked to allow extra time for any journeys going through Salerie Corner.

Solar power on the up