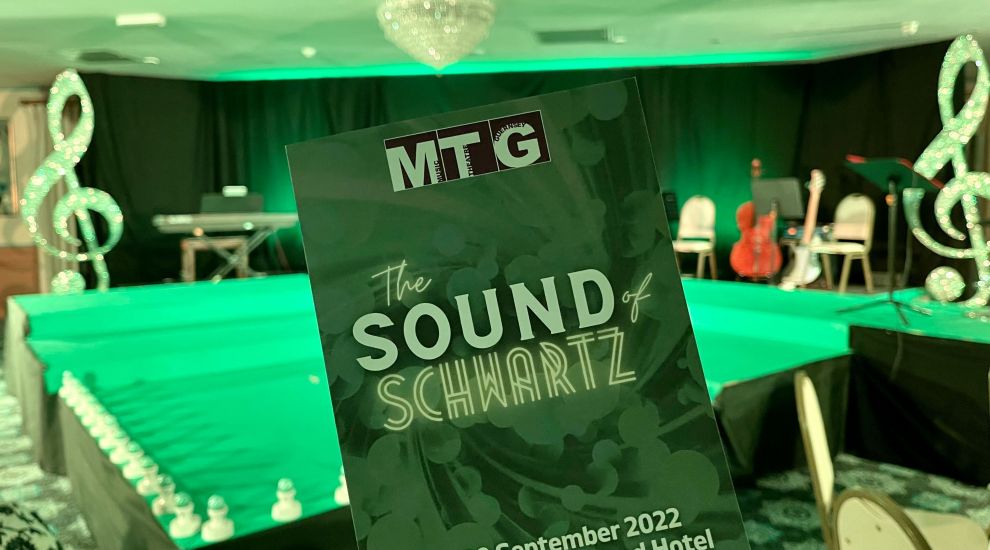 An American lyricist and composer, Steven Schwartz has written and contributed to a plethora of musicals both onstage and on-screen over a career spanning five decades. But you’d be forgiven if the name ‘Steven Schwartz’ doesn’t immediately ring any bells.

The second instalment of Music Theatre Guernsey’s (MTG) ‘Sounds of…’ dinner series, The Sounds of Schwartz promises “a great opportunity to hear his best-known works while exploring many hits which most people [won’t] realise he composed.”

Admittedly even I, a self-confessed musical theatre lover, am a tad sceptical. It’s a rainy Tuesday evening and the thought of venturing out for a set list of which I am largely unfamiliar at face value, is less than appealing in the moment.

But the show must go on. And, spoiler alert: I was not disappointed.

I skip the dinner option (though it’s worth noting both show and dinner theatre tickets are available for a very reasonable price) and head straight for my seat. 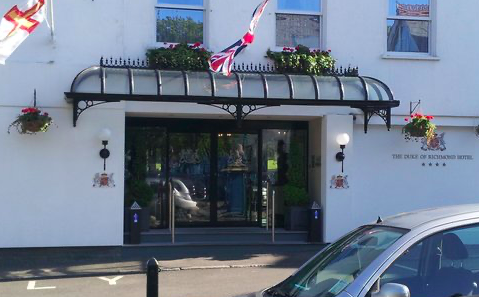 Pictured: The Duke of Richmond Hotel.

Never one to shy away from an unusual location, MTG have once again transformed the Duke of Richmond into an intimate, cabaret-esque performance space. The stage is suitably green, in a nod to what is perhaps Schwartz’s most famous work: the global musical phenomenon that is Wicked. The cast - also donned in hues of green and black - are seated either side of the stage until it is their time to shine.

“We’ve got magic to do, just for you, we’ve got miracle plays to play” the cast chime, as they kick the evening off with a very apt number from 1972’s Pippin.

And a magical evening it is too. Every performance is as theatrical as it deserves, despite this being a concert and not a full blown production.

I find myself beaming watching Tia Barnett and Luisa De Freitas Alves’ rendition of ‘That’s How You Know’ from Disney’s Enchanted as they sweetly hop arm in arm around the stage, as if they too are in Central Park.

Bella Westgarth-Smith stares straight through my eyes and into my soul during ‘Children of the Wind’, sweeping me up entirely in the emotions of Rags in just one song - as does Harriet Billington with her solo from Baker’s Wife.

And just as I think the vocals can't get any better, Caroline Titheridge and Carly Tucknott’s cover of When You Believe from Disney’s Prince of Egypt blows me away. Made famous by Mariah and Whitney, these two could give them a run for their money. 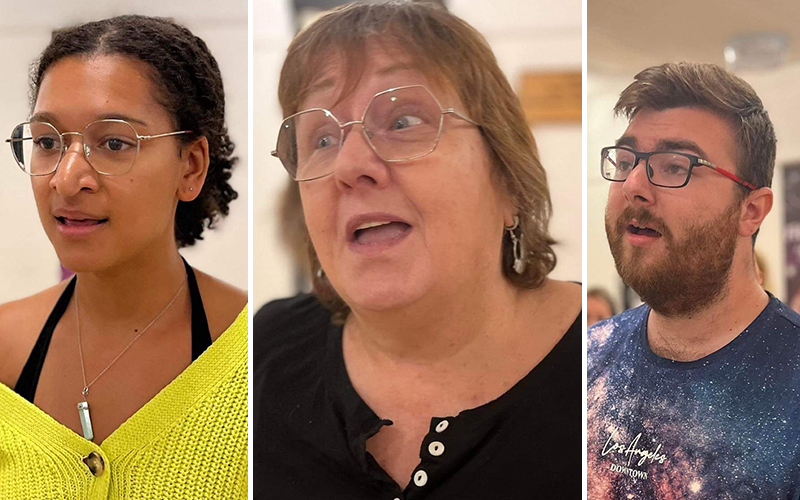 It’s worth mentioning at this point that I have only recognised a handful of the songs. But I am delighted to see that the wonderful Alison Castle has reprised her role as compére once again, as she did for the very first Sounds of… concert. Between performances she guides the audience through the narrative of Schwartz’s work in a way that places each song into context, and in some cases takes a small detour for some welcome and humorous ad libbing.

The rest of Act 1 is made up predominantly of songs from 1971’s Godspell, a musical based primarily on the Gospel of Matthew, but that, no word of a lie, will have you dancing in your seat to its gospel-esque chimes. ‘Day by Day - sounds familiar’ I write in my notes, only to learn later on that it was a Billboard Pop Chart hit. *Downloads to music library*

I particularly enjoy Alison Castle’s sassy, seductive and satirical rendition of the scat-sounding ‘Turn Back O Man’, and the only thing lovelier than seeing Darren Alderton on the stage rather than directing it for once, is his duet with Mike Ozanne. 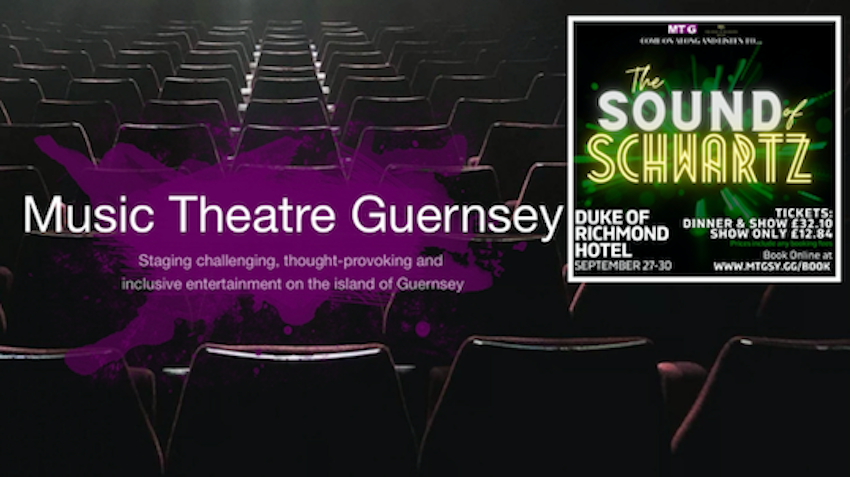 Pictured: The show is on at the Duke of Richmond.

Just before the interval, we veer off course into Panto-land, with a possibly-planned, possibly-not performance of ‘All the Best’, in which Phil Midgley creates duet havoc amongst the cast, and - without spoiling anything - kicks up the speed.

Act 2 features more lovely duets from the Hunchback of Notre Dame, and a fiery performance of ‘Hellfire’ led by Jay Taylor, accompanied by Jude Wegerer on keys.

Sophie Ferreira, who quite literally moved back to the island a mere week ago, brings the audience back to familiar territory with her cover of ‘Colours of the Wind’ from Pocahontas before sister Chloe Gallie takes the reins for Children of Eden.

But the real star of the show is, as expected, the numbers from Wicked. I laugh at the on-stage clashes of Bella and Luisa in ‘What is this Feeling’ and I am on the edge-of-my seat-excited for Chloe as she details what she’ll do “when [she] meets the Wizard’. Phil Midgley turns the tables on the tongue-in-cheek ‘Popular’ with the lovely Tia, and Bella, Caroline and Emma quite frankly knock ‘For Good’ out of the park as a newly invented trio. 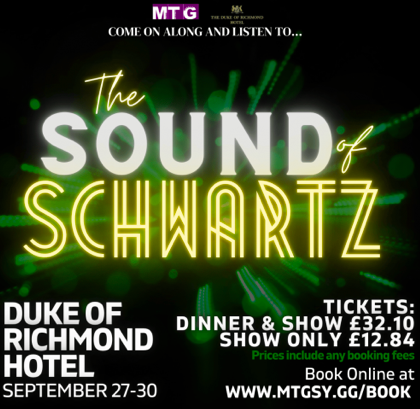 Pictured: There is just one night left to see the show.

As the show comes to a close, any trepidation about it being ‘niche’ are long gone as Alison explains to the audience that the point of the show is to “share the love of music and theatre and to share that joy with friends”.

“Join us, come and waste an hour or two” Schwartz wrote in ‘We’ve Got Magic to Do’, and I’m bloomin’ glad I did.

You can see MTG’s The Sound of Schwartz at The Duke of Richmond Hotel tonight, 30 September. Tickets are available online or at the door.

More taxi drivers get behind the wheel