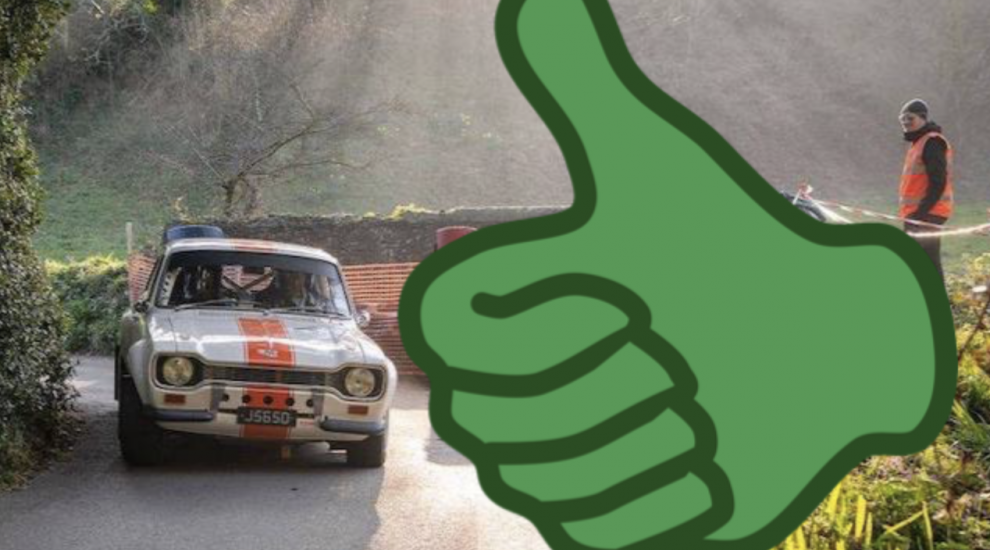 The organisers of the Guernsey Rally have been given the green flag to continue planning the 2023 event and the permission is understood to stand for future years too.

There has been some opposition to the motorsport event with residents of the Forest, Castel, and Torteval all complaining to their douzaines that they don't want the cars racing past their homes.

However, Traffic and Highways Services has granted permission for the event. 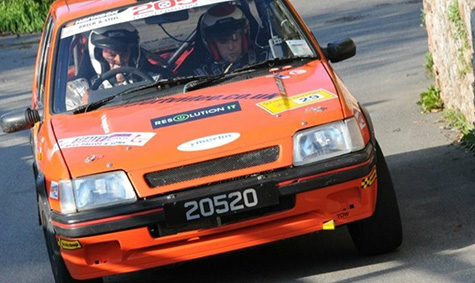 Pictured: One of the entrants in a previous rally - with a driver and navigator working as a team.

Organiser Karl Marshall says as always they will have to adhere to strict criteria, and the event also follows national rally rules which mean many of the concerns residents have expressed should be allayed.

"We do get people with concerns every year, it's just a natural thing. They've always been dealt with and I think the majority of people have been happy with what we've put in place and how we've helped them.

"This year has been the worst with stiff opposition."

Mr Marshall has been involved with the Guernsey Rally since the first event in 2018. Aside from the cancelled race in 2020 due to the pandemic, the event has passed off successfully with no known issues.

Mr Marshall said the stiff opposition they have faced this year has been very much in the minority with a large number of supporters in favour of the rally.

"You can see by the social media sites how many people want it against the people who don't want it." 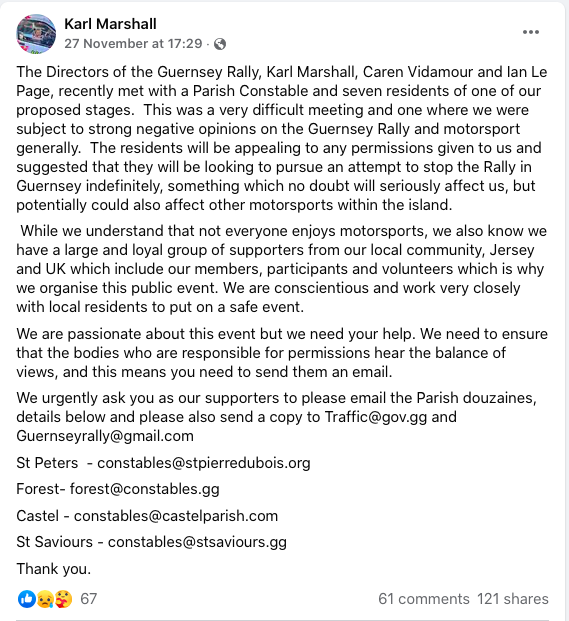 Pictured: Mr Marshall had previously asked motorsport fans to support the rally - and he says the support has outweighed the opposition.

Speaking to Express under condition of anonymity one of the residents who had contested the rally taking place said she had concerns for the welfare of animals living in fields along "quiet country lanes" as well as safety concerns for children, pedestrians, and residents who may need to leave or enter their properties on the day the rally is due to be held.

She said she only found out it was due to happen when they were told that the decision had been made.

"No one who lives on the lane was asked", she said adding they were given "no information of sound volumes, or what it entails. If anyone wanted to object they didn't have the information."

Mr Marshall contested that and said they have tried to share as much information with residents as possible.

He said the safety concerns are also covered as the rally is governed by strict motor racing rules.

"It's governed by Motorsport UK and if people looked at all the guidelines and rules that we've got to run by that's why it is so safety orientated. It's a lot of hard work on the safety side of it with risk assessments and all the marshalls have got to be trained.

"We've got special rescue units and paramedics on the stages."

Acknowledging that there are a lot of motorsport fans in the island the opposing resident said an island wide consultation should have been carried out to gauge demand for another event to be added to the calendar. She said it might only be one rally a year but there are already many other motorsport events.

"I just don't think for the amount of people it's impacting, we should be giving up everything that green Guernsey is trying to do.

"It's a boy's club telling the rest of us what to do," she said.

Mr Marshall disagreed with motorsport being a 'boys club'.

Mr Marshall also told Express why he, and others, love the rally so much.

"The end result is seeing people enjoy it. People with smiles on their faces. Rallying gives that something extra to watch and in February when nothing is happening. And as I said, it's not just a boys' club. We have as many women involved in motorsport as guys really.

"We've got girls who race in the hillclimbs, girls who navigate, racing in the rally. A lot of them are marshalls so it's not just boys it's women as well." 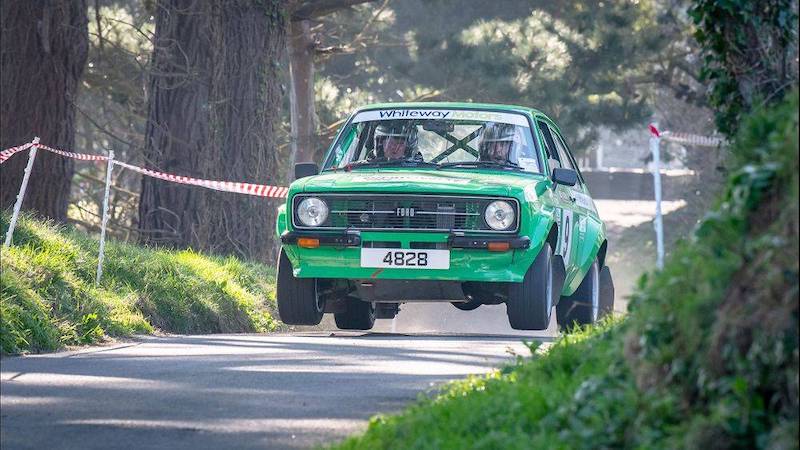 The rally will take place over the weekend of 24 and 25 February next year.

There will be three events over the two days - Friday afternoon/evening, Saturday morning, and Saturday afternoon.

The specific routes for each event will only be shared during the week of the rally. Speed limit exemptions only apply during the races and anyone speeding outside of the events is liable to prosecution by Bailiwick Law Enforcement.

Pictured: The organisers have been given the thumbs up for the 2023 rally.