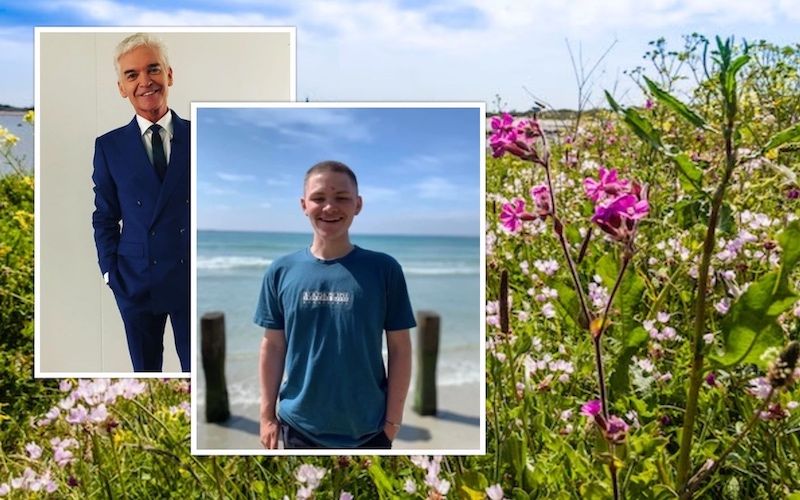 TV presenter Philip Schofield has asked his fans to support a fundraising campaign for Guernsey Mind which has been launched by the grieving mother of a young man who recently died after struggling with his mental health.

Morgan McGlynn passed away recently in Guernsey with his mum now wanting to ensure no other family suffers the grief she is now experiencing.

Writing on her JustGiving page, Alison Watson said she wants to "prevent male suicide after the loss of our son" and to raise money for Guernsey Mind "because we want to help prevent further suffering".

Mrs Watson said that her son "was a very troubled soul and even through he was surrounded by a loving caring family and many caring and devoted friends this wasn't enough for him to open up."

She said she and her family are heartbroken but she wants other people to know that "talking to whoever is so important for everyone, especially young men".

The money raised by her fundraising campaign - which had an initial target of £5,000 - will go towards services provided by Guernsey Mind which include the Man Club initiative which is aimed specifically at helping men to talk about their feelings.

Another heartbreaking story. There is strength in talking. Please don’t try to fight your head on your own. Talking saved me #bekind #talk https://t.co/8d9ZBwAFDu

The television presenter shared Mrs Watson's fundraising page with his 4.5million followers last week - saying it was "another heartbreaking story" and that talking helped him in his own life.

The 'This Morning' host also donated money himself to the campaign writing on JustGiving: "There is only strength in talking, NEVER weakness. I’m so sorry for your loss x"

Other people who have donated in Morgan's memory include former work colleagues who have said: "he was a good lad. My condolences to the whole family!"

Those who went to school with Morgan have said they'll remember his infectious laugh and that he was very friendly, while others who didn't know him wanted to pass their condolences to those who did.

Alison has sent me her fundraising page and asked me to re-share which is the very least I can do for her under such dreadful circumstances. My condolences to Alison and all Morgan's family and friends. https://t.co/oZ0e0TkzC1

Deputy Gavin St Pier has also asked his followers on social media to support the fundraising campaign for Guernsey Mind, while offering his condolences to Morgan's family and friends.

Mrs Watson has set a new fundraising target of £7,500 after the success in meeting her initial target.

Posted by PeteBurtenshaw16 on May 28th, 2020
I'm not bothered if any part time celebrity supports this cause or any, the issue here is another young mans life was taken by suicide in Guernsey. The shocking trauma the family and his friends must have and are still experiencing will take years to overcome. Make suicide in Guernsey is disturbing but is ignored. The shocking mysandry which goes on here is nothing short of criminal. From the appalling MH system, drug abuse to family court gender discrimination is rife..my heart goes out to Mrs Watson and her family. My thoughts are with a young man yet again failed because of his gender..
To place a comment please login Login »

Sunrise walk to mark the launch of Suicide First Aid