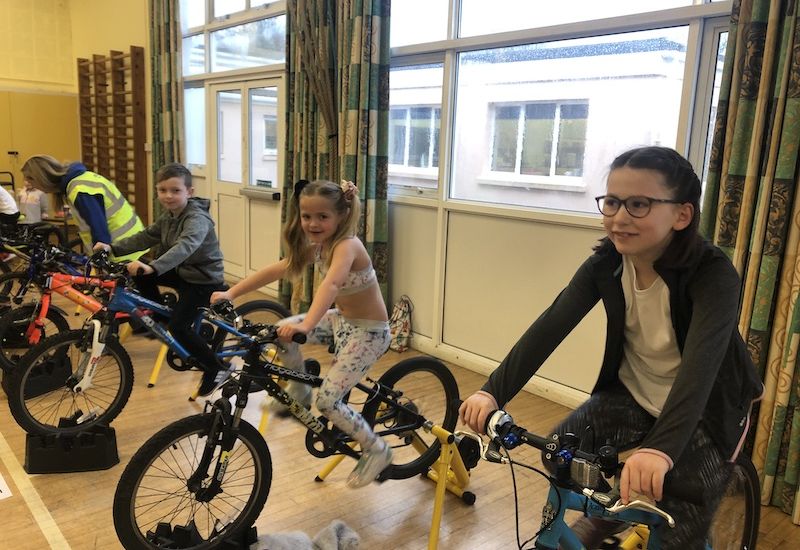 Children at St Martins Primary School have organised their own fundraiser, taking it in turns to cycle throughout the day in aid of young people in Australia.

The whole school has recently been learning about the importance of their own rights and those of other children across the world. 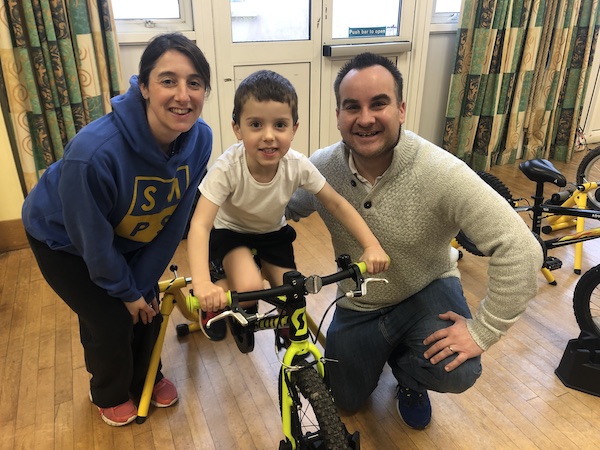 Pictured: The Boscher family getting involved in the challenge.

It was this that prompted students in Years Three and Four to organise a 'cyclathon', raising money for those that have been affected by the bush fires in Australia.

There are 480 slots to fill throughout the day, with each person cycling for half an hour. The event got underway 06:00 this morning and will go on until 18:00.

"All island States schools have signed up to work with UNICEF to become 'Rights Respecting Schools', where they embed the United Nations Convention for the Rights of the Child into their everyday practice," explained Deputy Head of St Martins, Clare Giles. 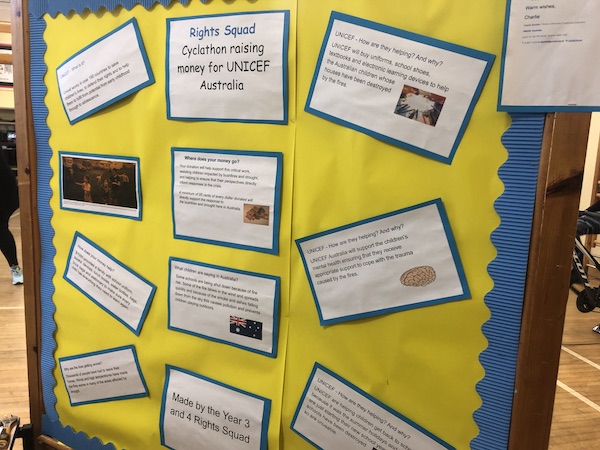 Pictured: The students have been learning about their rights.

"They've been looking at how they can help children locally and internationally, so last autumn term we did a reverse advent food bank where children brought in food for children in Guernsey that didn't have enough food." 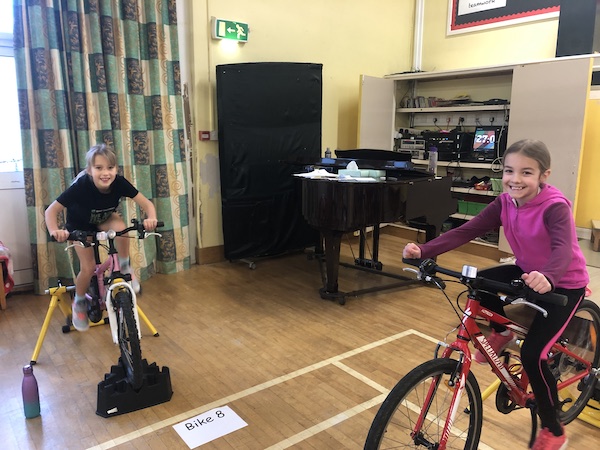 Pictured: Lots of pupils are getting involved throughout the day.

Sienna de Frietas Alves is part of the Years Three and Four Rights Squad, which came up with the idea for a 'cyclathon'. During her time in the squad, Sienna has learnt all 42 of the rights regarding children.

Members of the squad have a busy day ahead of them, with lots of jobs to fill. 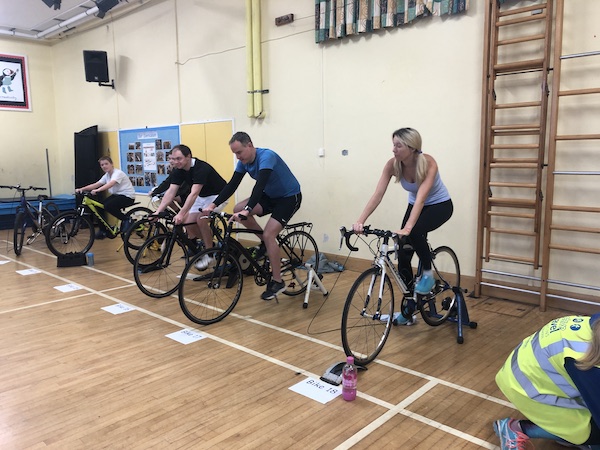 Pictured: Adults have been taking on the challenge too.

"I'm encouraging and warming up people so that when they start the bike ride they're all ready and they don't pull any muscles or anything," added Sienna. "We've got an iPad and it has a warm up on it and you do the warm up and people copy you so they're all ready to go on their bikes.

"We contacted Cooper Brouard, who have offered some sponsorship, and we've got eight of their staff booked in to come and cycle or row," said Year Four Teacher, Louise Dowding. "Try a Tri have given us some of the turbo trainers that they came and set up yesterday and they're also coming to join in with a row. 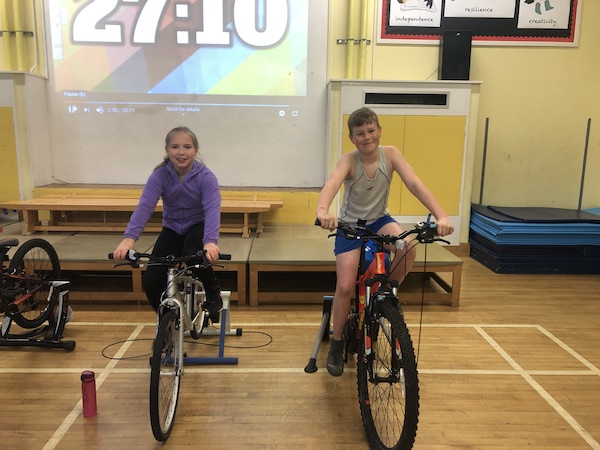 Pictured: Each participant is cycling for 30 minutes.

"The children have really loved organising the whole event and it has been lovely for them to take ownership of it."

After writing to UNICEF to find out where the donations will be going, the pupils have set a target of around £1,040 which should provide two families with all the items they need for returning to school, shelter and food.

Donations are being accepted at St Martins Primary School throughout the day.

Pictured top: Students taking on their 30 minute challenge this morning.