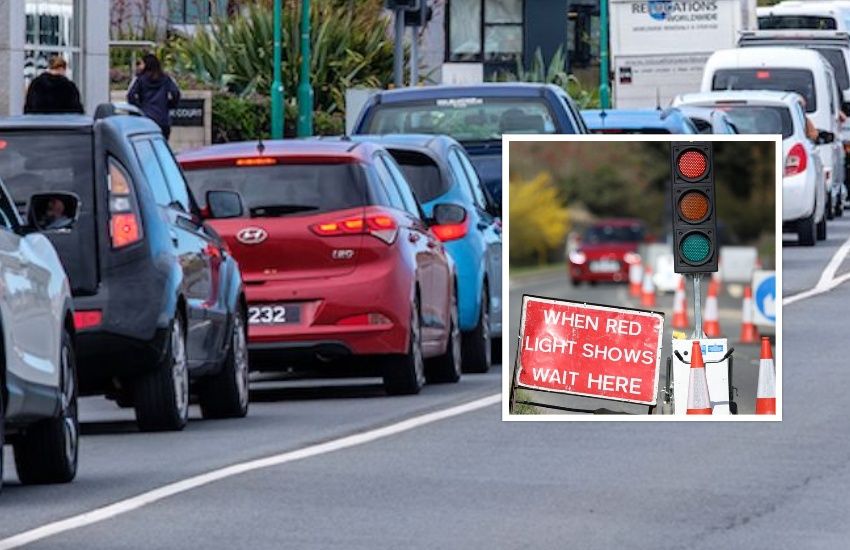 An active travel campaign group is calling for a reduction in single occupancy car journeys to help reduce congestion, as thousands choose to drive alone to work in St. Peter Port.

The not-for-profit Better Journeys Project have monitored over 45,000 journeys during the morning rush hour this year, finding that over 50% of trips feature single occupancy cars whilst those cycling or walking represent just 15% combined.

It argues that, with the high number of road closures at present, efforts should be made by those who can to find alternative transport to help others who have no choice such as people with disabilities, public services and commercial traffic.

Barrie Duerden, leader of the Project’s monitoring team, said a large number of the public could car-share, cycle, walk or catch the bus “but large areas of valuable land are given over to free car parking, so most commuters drive on their own as a default”.

Mark Smith, a Director, highlighted that pedestrians and bicycles are permitted to travel through road closures provided “they are courteous and obey 'Cyclists Dismount' signs”.

"This means that cycling can be used to avoid diversions, speed up journeys, reduce congestion on the surrounding roads and improve road safety generally. Of course, it's also good for the planet, saves money and is good for your health." 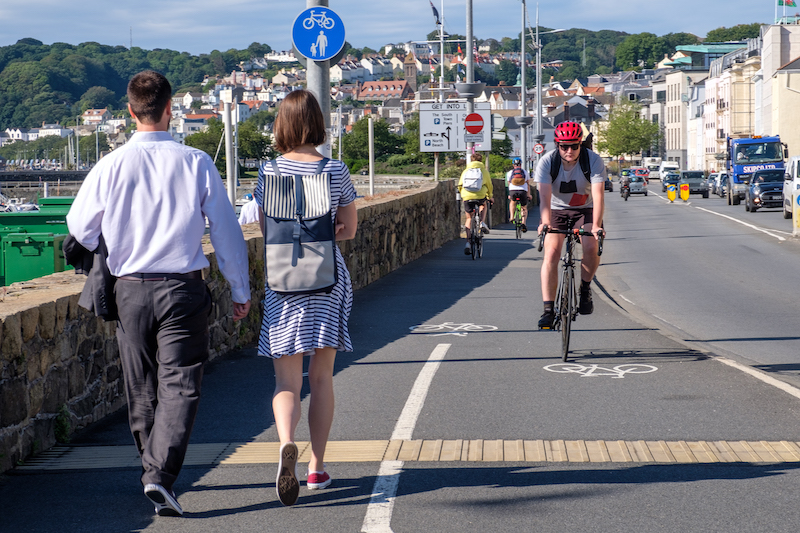 Pictured: St. Peter Port features one of the island's only cycle lanes.

“Traffic & Highways Services have an ‘open door’ policy on this and try to exempt cyclists from road closures where possible.  The department is working hard with Public Works to ensure that ‘except cyclists’ signage is displayed to make this clear, so if in doubt cyclists and pedestrians should ask contractors if it is safe to proceed and again use caution until clear of works,” he said.

“Most of the time, a cyclist will only need to dismount and walk for a few metres in the vicinity of the site vehicles and equipment. Then they can hop back onto their bike and be on their journey quicker than if they were driving and following diversions.”

THS confirmed this policy, which will remain so long as commuters act responsibly and do not harm either themselves or contractors.

Roadworks warning for week ahead