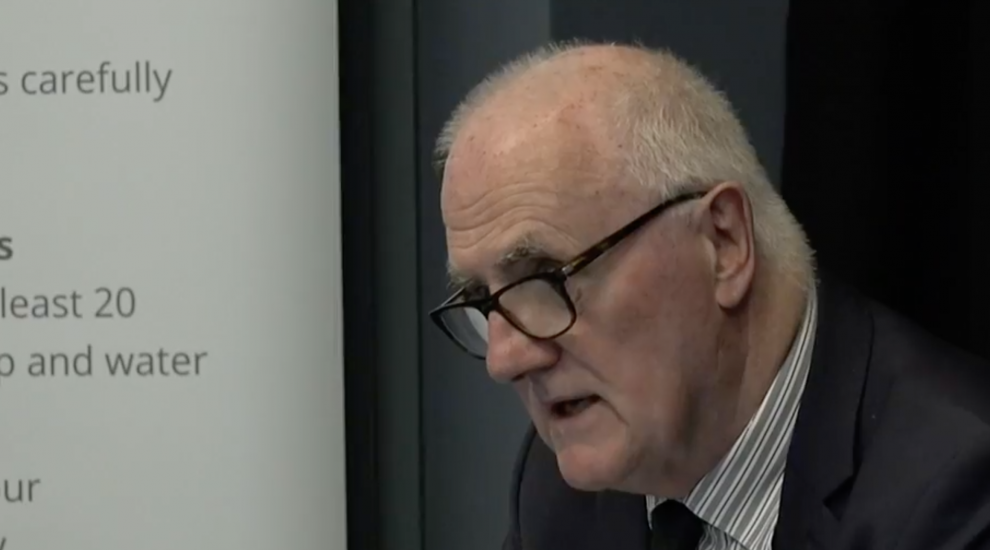 With covid prevalence rates soaring in the UK and Jersey, and community seeding confirmed in both Guernsey and Alderney, the Civil Contingencies Authority has announced new testing requirements for travellers. However, the finer detail is unlikely to be set out until Tuesday - just two days before the new rules come in.

From Thursday 29 July, all inbound ‘blue’ travellers from the Common Travel Area (CTA) will have to provide proof of a negative PCR or lateral flow test 48-hours before coming or returning to Guernsey.

This ‘Blue’ category of traveler was introduced on 1 July, allowing freer movement between Guernsey, the UK, and Jersey, for those who had been fully vaccinated.

However, the CCA has decided an additional testing requirement in response to the "deteriorating situation in neighbouring jurisdictions", following warnings by senior advisers earlier this week.

“The CCA has met on three separate occasions this week and this morning we have agreed that we will introduce a requirement for blue travellers to take a supervised pre-travel PCR or lateral flow test before they come to Guernsey,” said Head of the CCA, Deputy Peter Ferbrache. 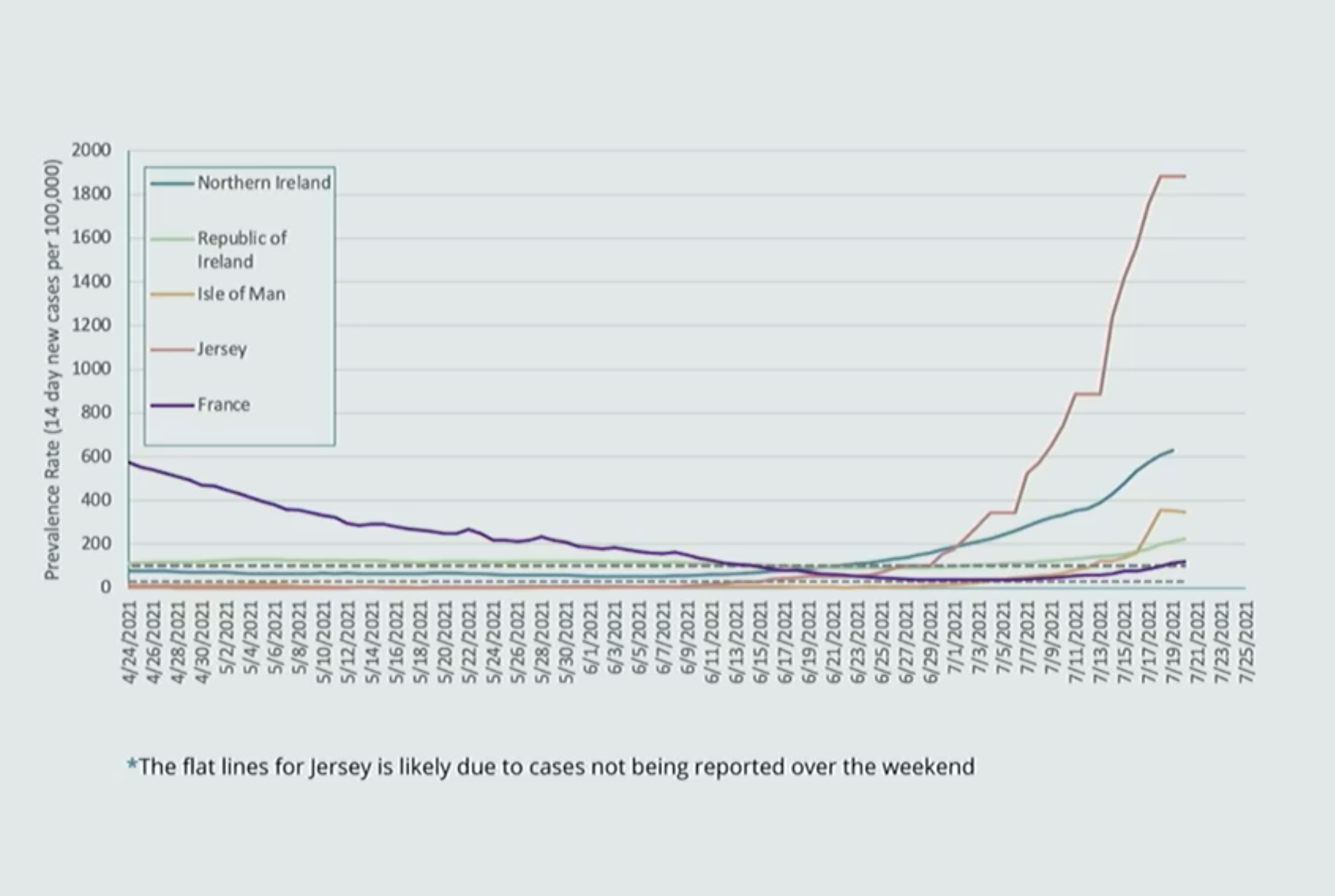 The decision comes as several cases of community seeding have been recorded across the Bailiwick. There are currently 52 active cases in both Guernsey and Alderney, however, there have been no hospitalisations yet.

Additionally, the decision has stalled the further relaxation of our borders. The CCA reviewed our situation on 14 and 19 July to decide whether or not the Bailiwick could move to the next stage of the Bailiwick Blueprint. This would allow isolation requirements for those who are vaccinated to potentially fall away between Guernsey and regions beyond the CTA.

Ultimately the CCA has decided not to do this yet. 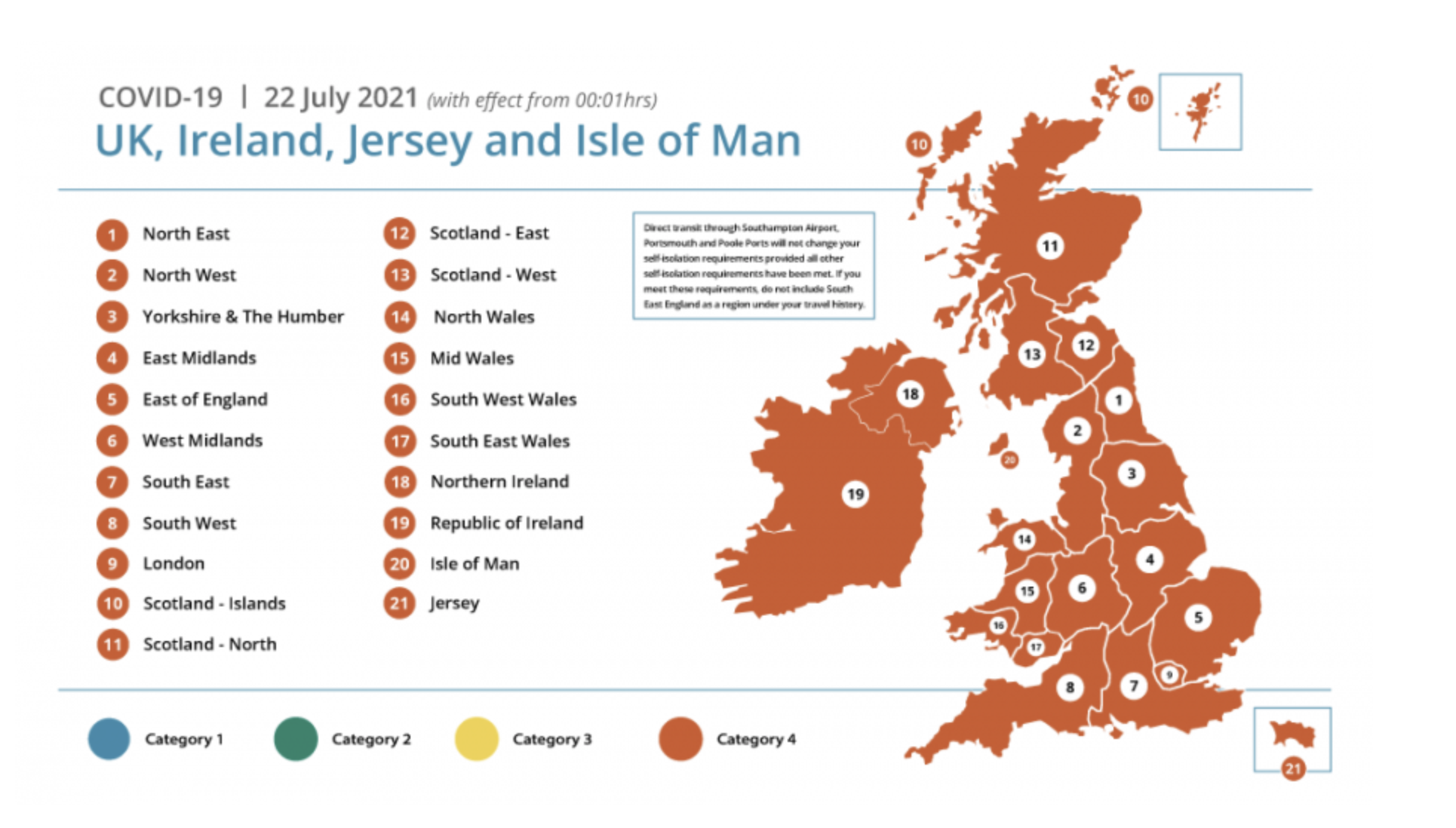 Pictured: Due to rising cases, the whole of the UK has been deemed a category 4 region.

“We hope this gives some reassurance to people in the community concerned about Blue Arrivals,” said Deputy Ferbrache.

The detail has yet to be thrashed out and Deputy Ferbrache said a further update on how these new travel requirements would be imposed would be revealed on 27 July.

At this stage we know that a pre-travel test must be taken under supervision to make sure it has been done properly, and must be done at least 48 hours before leaving for the Bailiwick.

All other travellers must abide by the traffic light and category system already in place, signing up with Travel Tracker and undertaking tests on arrival.