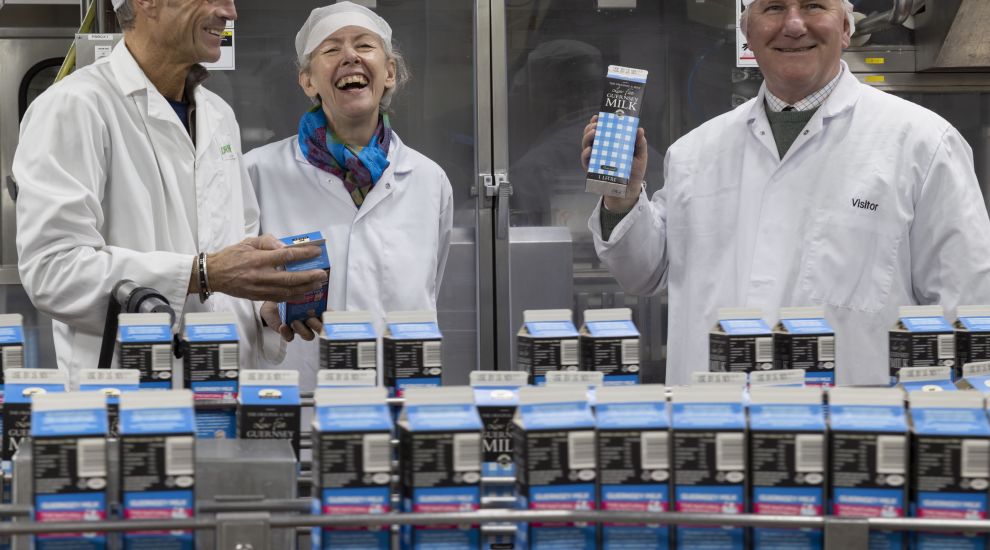 Guernsey's Lieutenant Governor is embracing island life, having been for a tour of the dairy to see how Guernsey Milk is produced and packaged.

His Excellency, Lieutenant General Richard Cripwell and his wife, Louise, were given a presentation and tour as part of a series of inductions being hosted by the States Trading Group.

During the visit they learnt how important the local dairy industry is to the island’s rural economy and helps to support its biodiversity.

Andrew Tabel, Guernsey Dairy’s Managing Director demonstrated the production process from the point of collection, showed how milk enters the facility, through to packing, how it is tested and despatched by way of the skimming and pasteurisation process. 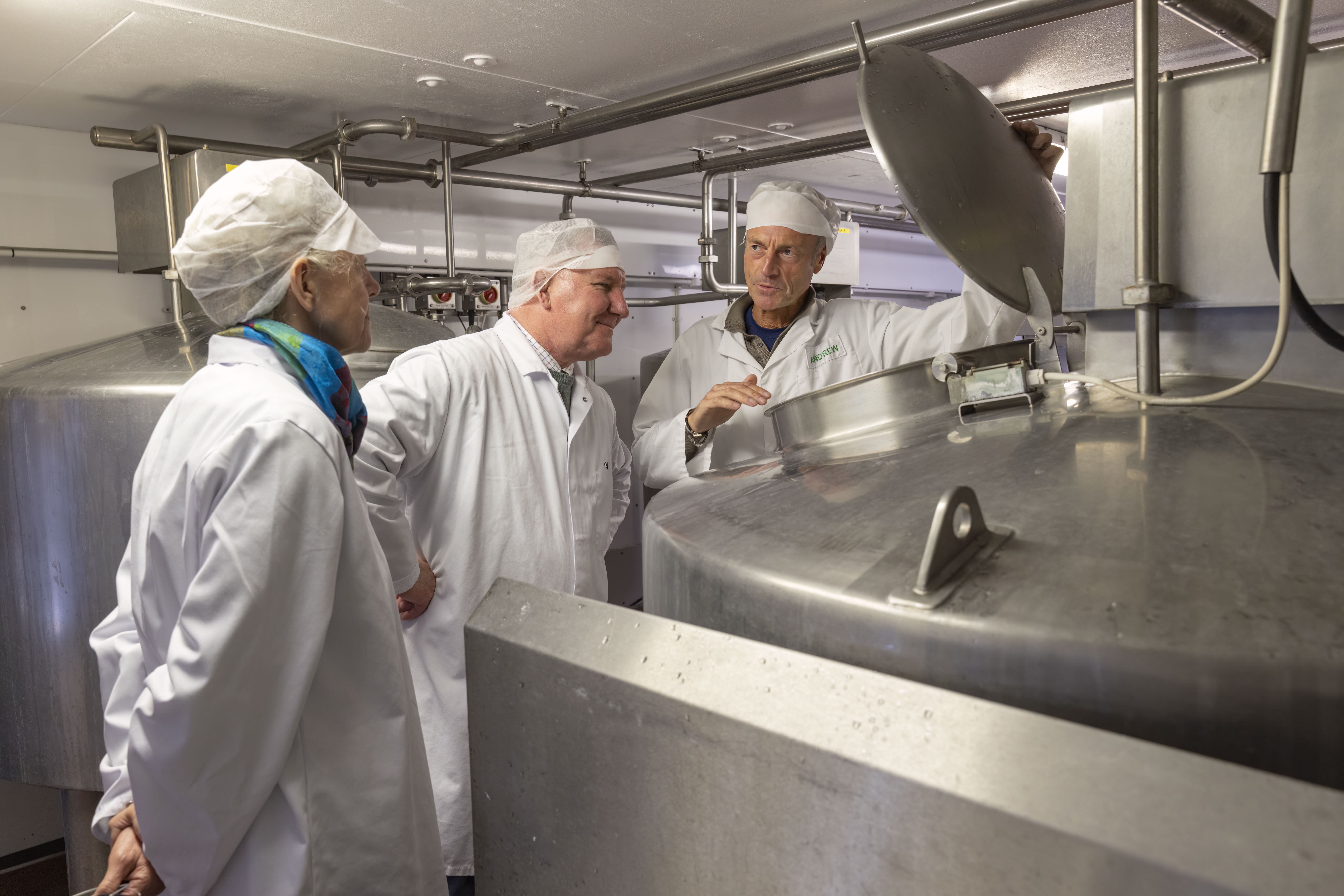 Pictured: His Excellency and Mrs Cripwell were shown around the Guernsey Dairy by Andrew Tabel.

Mr Tabel said that His Excellency and Mrs Cripwell were interested to hear about the Guernsey breed and how this has been afforded a high level of protection, including through legislation introduced in the 1800’s to protect the cows genetic integrity.

His Excellency and Mrs Cripwell also learned about the island's sole organic farm, and how the Dairy had worked with all local farmers to achieve industry-wide RSPCA Assured accreditation complementing the 1-star, and 2-star accolades in The Guild of Fine Food’s, Great Taste Awards 2021.

His Excellency said: “It’s surprising and very impressive to see the amount of work that goes into producing a litre of Guernsey milk, as well as the level of daily testing to safeguard the quality and safety of every product that leaves the Dairy. It’s no wonder that it’s all so good.”

Since moving to the island earlier this year both His Excellency and Mrs Cripwell said they have developed a taste for Guernsey milk and they now drink full cream milk daily. They also enjoy eating Guernsey butter and cream.‌

At the end of the tour, they were presented with a hamper of local dairy produce to take away and sample.

Governor takes on another patronage

Full body scanner in use