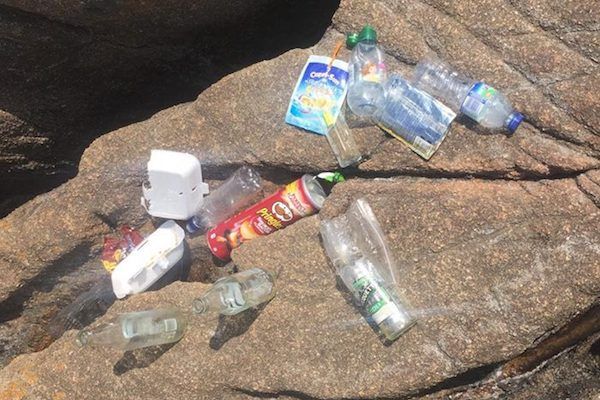 With most of Guernsey's schools breaking up for the summer holidays this week, some concerns have been expressed about rubbish being left in locations frequented by young people looking for some adrenalin fuelled fun.

Rubbish was recently pictured on top of the rocks at Grandes Rocques, known as K1 and K2, which have been popular spots for jumping at high tide for many years now.

It was collected by another beach user, Alfie Ford Parker, who believes it had been left by a group of young people who had previously been jumping from the rock. He said; "picking up up this amount of rubbish from here is a weekly occurrence."

When the images were shared on a popular social media page for local litter collectors, some people expressed concerns that the problem could persist, and possibly worsen, when more teenagers and children are entertaining themselves during their summer holidays.

It was suggested signs could be put up on or near rocks which are popular for jumping reminding people to take their litter away with them.

Further concerns were also raised on a beachcombers social media page regarding rubbish in St Peter Port where bins were photographed overflowing again during the sunny weekend. 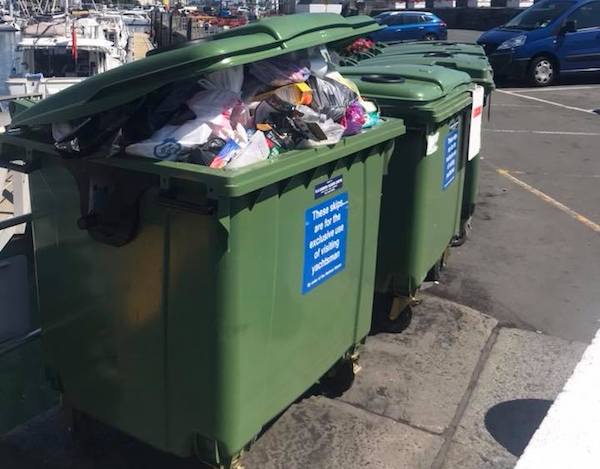 Pictured: Rubbish bins on the Albert Pier over the weekend of 14/15 July

He and others expressed concerns about the lack of bins, or that the bins are not emptied often enough. Mr Player said the situation was worse this morning, (below), and said "I don’t understand the logic, we charge yachts to visit, provide woeful facilities and expect them to wallow in rubbish. These are the visitors that spend money in the shops and restaurants and yet for some reason the cruise passengers who often spend nothing are lorded and welcomed, given drinks in disposable. It make no sense. More rubbish ending in the sea because there aren’t enough bins or emptied regularly enough. Poor planning, poor judgment and ultimately poor environment." 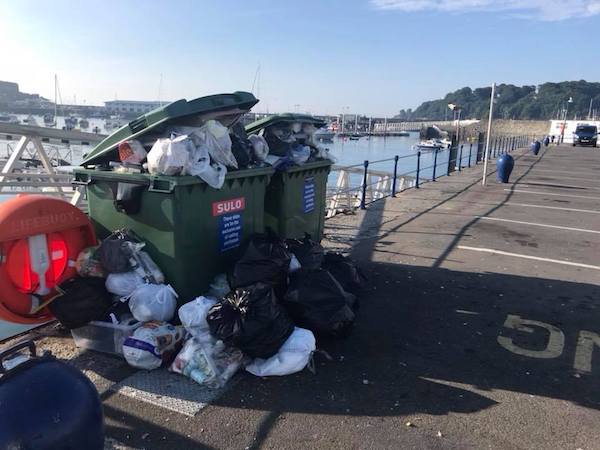 Pictured top: Rubbish collected from the top of rocks at Grandes Rocques on 11 July

Waste charges could be capped