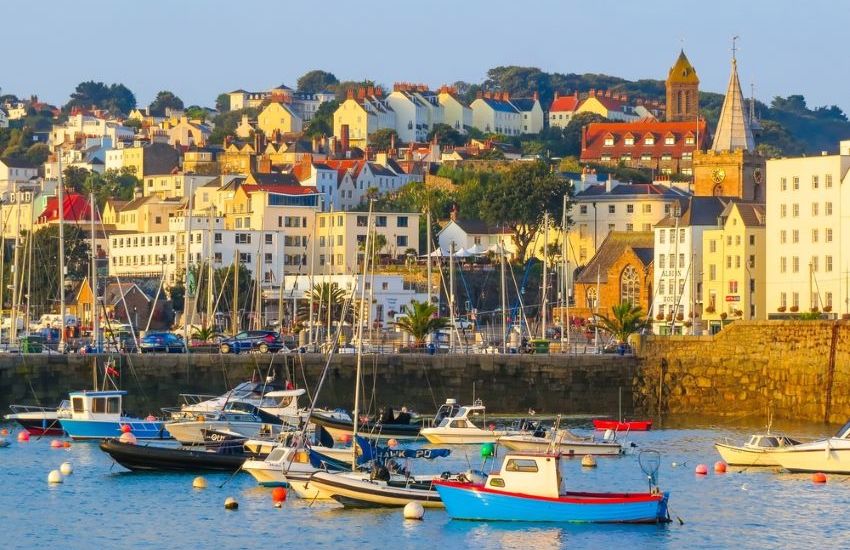 Guernsey’s population increased by 617 people between September 2020 and 2021 – a rise of 1% which is higher than the previous three years.

That puts the island’s population for 2021 at 63,825 people, according to the latest electronic census.

That means the number of older persons is 20.8% of the total population. 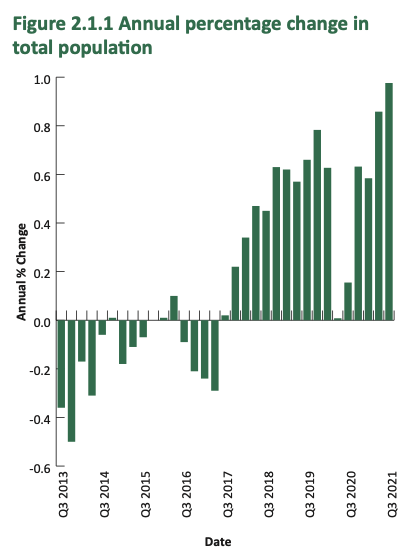 Pictured: The changes in population over the last eight years.

Average earnings for the year ending March 2022 were approximately £37,000, 4.2% higher than the previous year in nominal terms but representing a 1.4% reduction in real terms.

There were similar trends for males, with those in the 65 to 69 age group seeing the largest increase in the proportion of employment or full time education – up 2.8% compared to September 2019.

You can read the quarterly Population, Employment and Earnings Bulletin in full HERE. 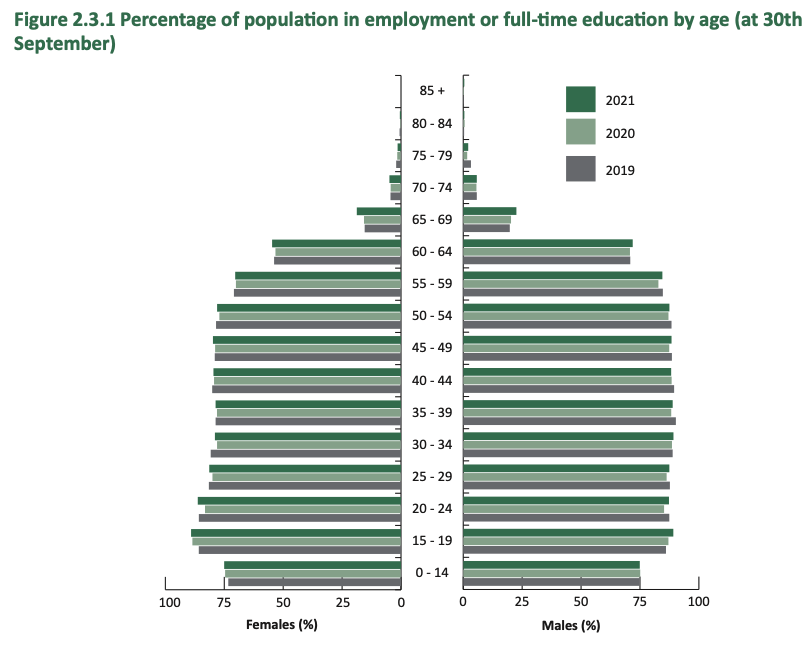 Pictured: A breakdown of those employed or in full time education by age group.