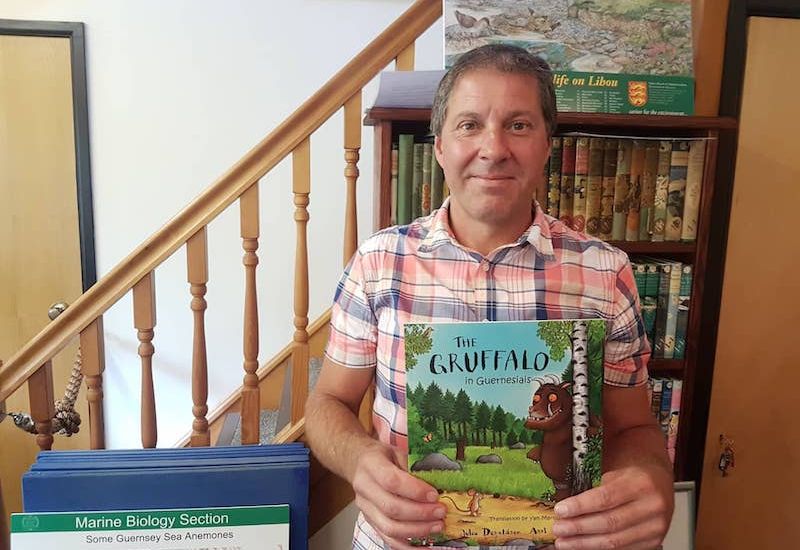 Efforts to save Guernsey French will get a welcome boost if the States agree to spend £16,000 on a plan for the language, but much more still needs to be done says one of the island's youngest fluent speakers.

Yan Marquis is a Guernsey Language Consultant, which means he is a Guernesiais teacher and translator, and he has been at the centre of recent efforts to preserve the language by recording some of the older speakers, while helping others learn it.

He says he was "encouraged" by the announcement last month that States funds will be going in to an initiative to help preserve Guernésiais. The Committee for Education, Sport and Culture has said it will ask the States to back a 'plan for Guernésiais' with a policy letter due to be debated early next year.

Details haven't yet been revealed but that plan will propose additional investment for a time-limited period of three years. 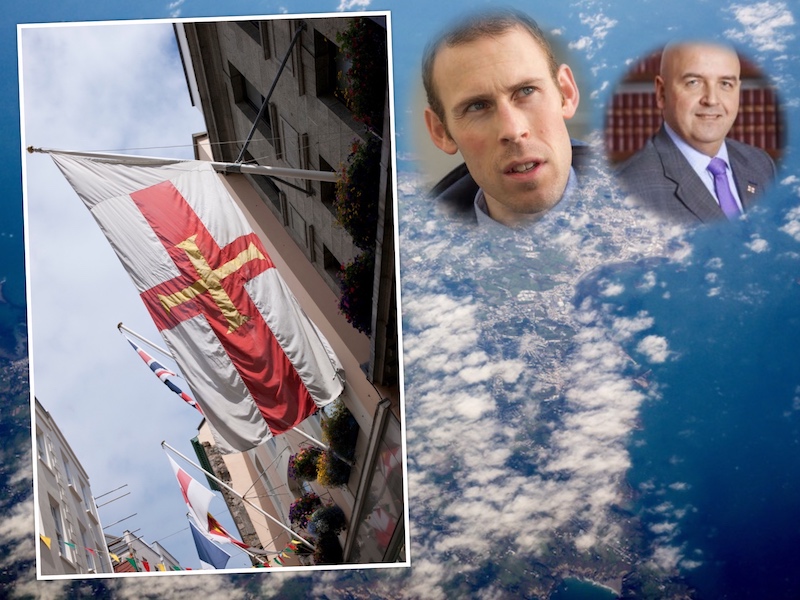 Pictured: Deputy Matt Fallaize is President of ESC which will ask the States for £16,000 for its plan for Guernésiais, while Deputy Jonathan Le Tocq is himself a fluent speaker.

The initial investment of £16,000 has been suggested in response to a proposal from CHEMIN (Culture, Heritage, Education and Museums’ Information Network) to bring together local volunteers and native speakers of Guernsey-French to work in partnership with two academics: Dr Harry Parkin of the University of Chester and a former pupil of Elizabeth College, and Dàibhidh Grannd, Postgraduate Researcher in Toponymy at the University of Glasgow.

Pictured: Some may think it's hard to speak Guernésiais, but fluent speakers like Yan Marquis have proven it can be taught even if you didn't grow up speaking it.

"We are encouraged and eager to find out more about what's in the policy letter and obviously the result of it going to the States early next year," said Mr Marquis. "Any support for the language, any official support from the States is most welcome, whether it be financial or otherwise."

Mr Marquis hopes the money can be used to continue the work already being done to preserve the language, as that is the key to teaching new speakers.

"£16,000 isn't a huge sum but it's a start and we are encouraged about this. Again, we don't know the contents of this policy letter but hopefully there are some priorities set out and, certainly from my experience and that of others, the priority for Guernesiais, for the Guernsey language, is to actually record the remaining native speakers, the number is dwindling, and to capture the language and then produce materials for teaching. The people that are interested in the language are asking for learning materials."

Mr Marquis is hopeful the policy letter will benefit the efforts to save the language as he says there is a definite interest from members of the public.

"There certainly seems to be an increased awareness of the importance of the language and demand for the language, whether it be translations or people wanting to learn more about the language or actually to learn to speak the language, which is of course very encouraging because it is such an important part of Guernsey's cultural heritage.

"If I ask people what's unique about Guernsey they often say 'oh it's got a language' so it is an important part of what makes Guernsey 'Guernsey', and what could be more distinctive than having your own language."

Mr Marquis thinks some people may underestimate how important the language can actually be to the island.

"I'm also a tour guide and meet a lot of visitors to the island and they're always fascinated by the island and as soon as I tell them we have our own language, that is actually a selling point for the island, that it is different. Yes it is English speaking but if you dig a bit deeper there's this hidden language and a whole other layer to the island."

Pictured top: Yan Marquis with a copy of the Grufallo in Guernsey French which he translated earlier this year.