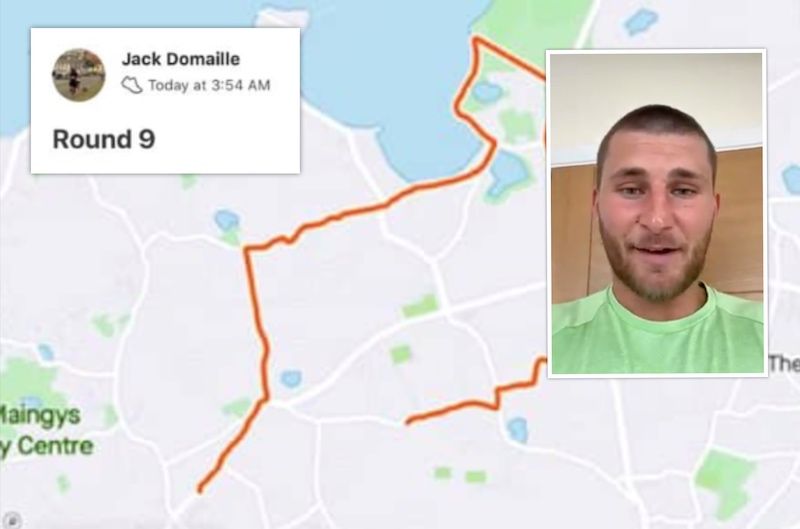 Guernsey footballer Jack Domaille is into day two of a personal challenge he set himself during the lockdown, running 48miles in 48hours, split into four mile chunks every four hours.

The former Guernsey FC striker works as a scaffolder, so is currently off work due to the corona virus pandemic.

He decided to put his free time to good use, raising money for the States of Guernsey Covid-19 Response Appeal.

All money raised through the appeal is going to support frontline public sector services.

Jack only recently decided to embark on his challenge, starting at 20:00, Sunday evening, meaning he is due to finish this evening.

Inspired by an America athlete who has run similar distances in bursts over a few days, Jack said he is determined to see his challenge through.

"I've always been into my fitness and i've now got the opportunity and time to take on a challenge whilst raising money for our frontline services who are battling daily to deal with the local Covid-19 outbreak.

"I came across a guy named David Goggins, an American ultramarathon runner, he is also a retired Navy SEAL. He took on the challenge of running 48 miles in 48 hours - nearly two marathons in two days. The idea is to run four miles every four hours, which will be tough going as i've not done any training - I'm very much spur of the moment type of guy! But when I set my mind to something I'm determined to see it through!"

Having set an initial target of raising £1,000, Jack has already raised more than double that.

His fiancée Lucy Anne Prevel has been sharing his progress on social media, saying she is very proud of him. 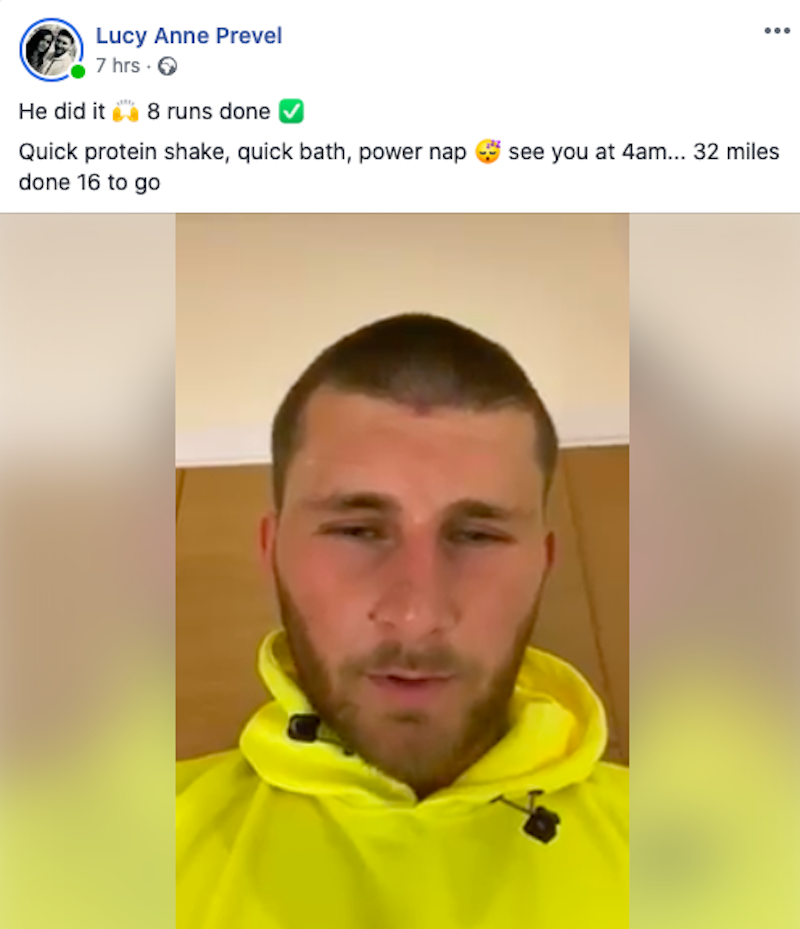 Pictured: Lucy has been sharing videos and pictures from Jack's runs on Facebook.

Having run through the night, Lucy posted on Jack's 48 Miles in 48 Hours fundraising page to say he is very emotional and is giving the challenge "absolutely everything".

For details of where he will be running check out the Facebook page HERE.