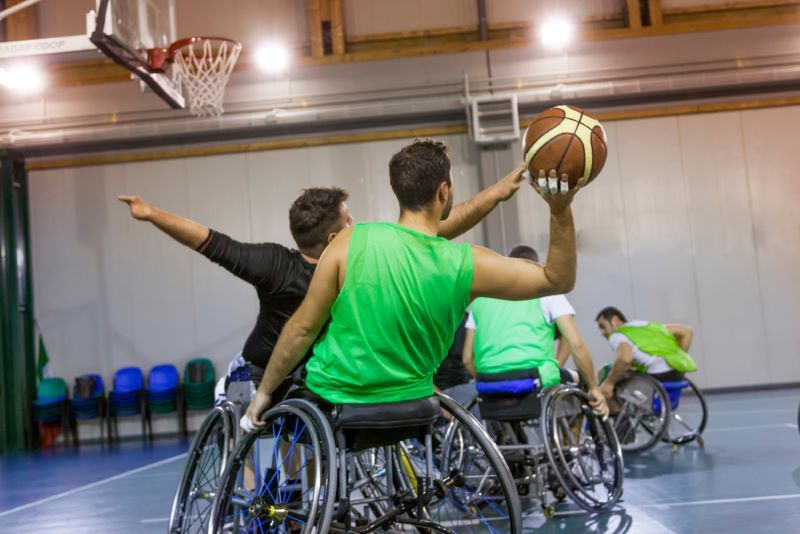 The Guernsey Disability Alliance holds its annual general meeting today on the 30th International Day of Persons with Disabilities.

The GDA moved the event online following the recent surge in cases of covid-19 but it will still be a celebration of what it has achieved this year and a reminder of the challenges ahead in 2022.

This year, the Social Investment Commission, which was established by the States, agreed a two-year funding deal with the GDA worth £80,000 towards salaries and running costs. Separately, the GDA has security for its Social Policy Director role through a three-year deal with the Lloyds Bank Foundation.

Karen Blanchford, Partnership Director of the GDA, said these funding agreements “are game changers for us and our members after years struggling for funds”.

She said that highlights of the past year included Purple Tuesday, which promoted the need to improve the experiences of customers with disabilities, and raising greater awareness of hidden disabilities through sunflower lanyards. 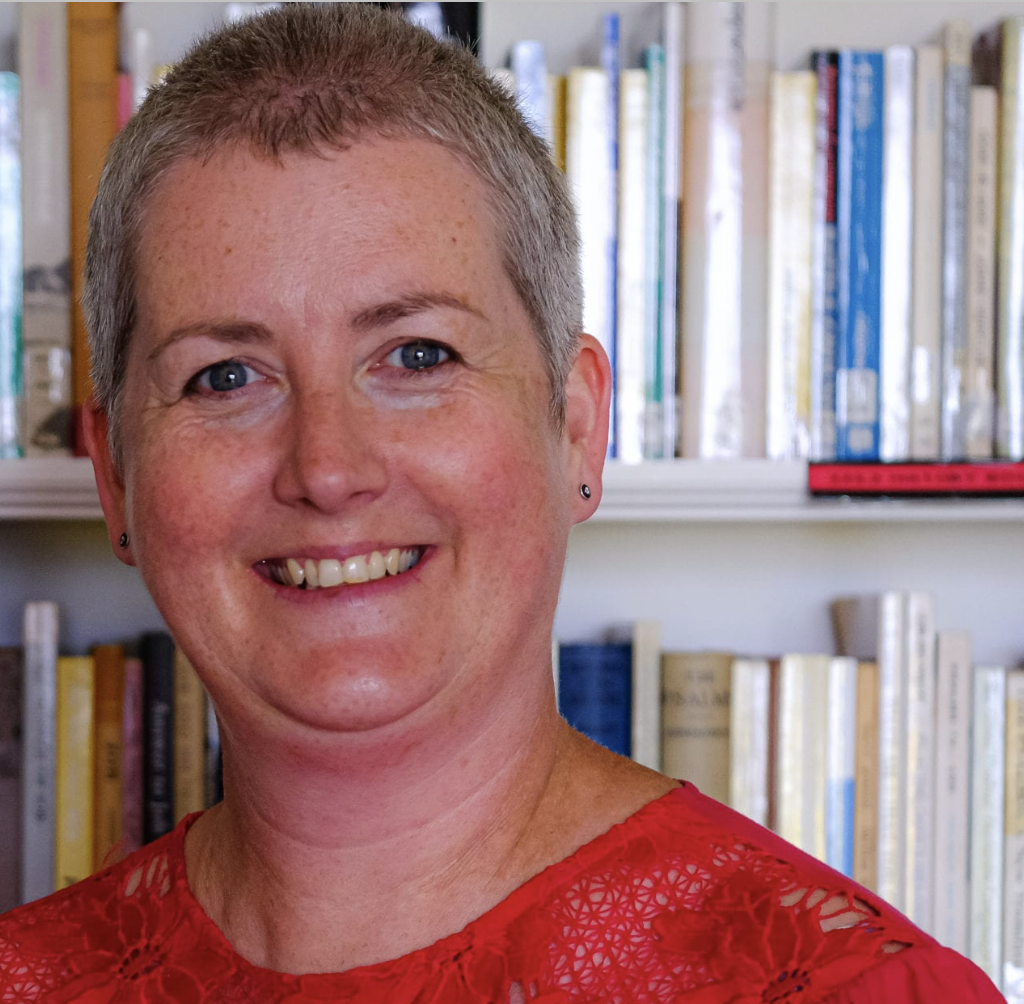 Pictured: Karen Blanchford, Partnership Director of the GDA, which is holding its annual general meeting today at which members will look back on another year of progress and restate their commitment to advancing the cause of people with disabilities in 2022.

Express asked Ms Blanchford to look back on her past year of activity for the GDA.

“Most of my year was coffees, training, meetings with people, trying to support their understanding of the barriers to equality,” she said.

“For some, that’s not believing disability and carers discrimination exists locally. For others, it’s fear of costs or a lack of understanding around the consultation and hugely revised draft of the discrimination legislation. Or looking for practical support on how to make their business more accessible physically or online.

“We need to speak to more people to reduce fear misunderstanding and demonstrate our support but also work with them so they can access the purple pound, which is worth £274million, and access more staff, which is very important to them at the moment.

"I think there is still misunderstanding that, of the 13,000+ disabled people in Guernsey, the vast majority are working or want to work with reasonable adjustment or they want more hours or to return to work and take an active part in all areas of community life. It’s the same for the 4,000+ carers.

“Many of the barriers to working or eating out or other activities are not huge or expensive to overcome. It’s more a lack of understanding.”

The GDA hopes that in 2022 the States will make progress on long-awaited discrimination legislation. It is currently being developed by the Committee for Employment & Social Security, under direction from the States’ Assembly, but when it returns to the States for approval it is expected to face challenges from politicians and lobbyists sceptical about aspects of the legislation. 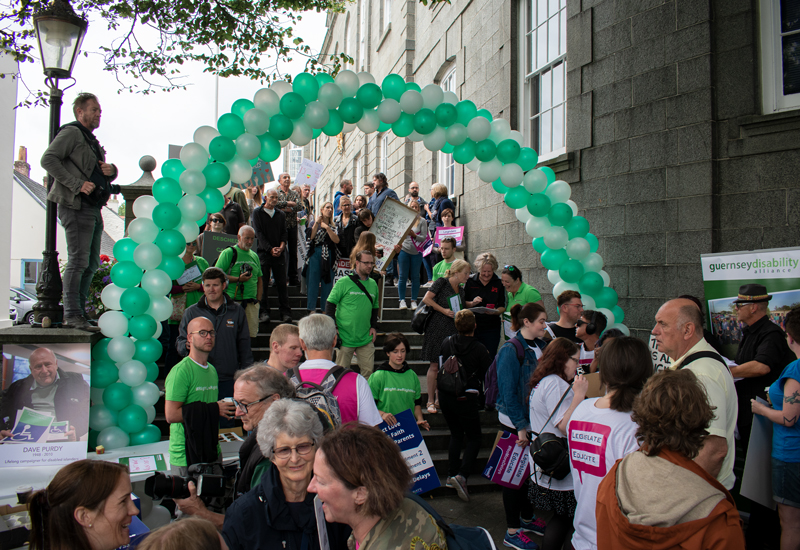 Pictured: Campaigners for anti-discrimination legislation have taken their cause to the steps of the Royal Court more than once and will be hoping that the States' Assembly do not reverse previous commitments to introduce the extensive new law which has been in development for years.

Meanwhile, today, the States are celebrating initiatives to improve access to coincide with International Day of Persons with Disabilities.

The sport boccia has grown in popularity across the island and can now be played at Beau Sejour and Styx Community Centre.

Dr Casey Osborough, Disability and Para-Sport Lead at the Guernsey Sports Commission, said: “Boccia is a highly competitive, seated sport which can be played by anyone. The aim of this target sport is to get your ball closest to the jack. The advantage of this game is that it can be played anywhere with a flat surface - schools, nursing homes or even in your own home. It is hoped by next year we will have a competitive Guernsey team looking to host competitions and travel away.” 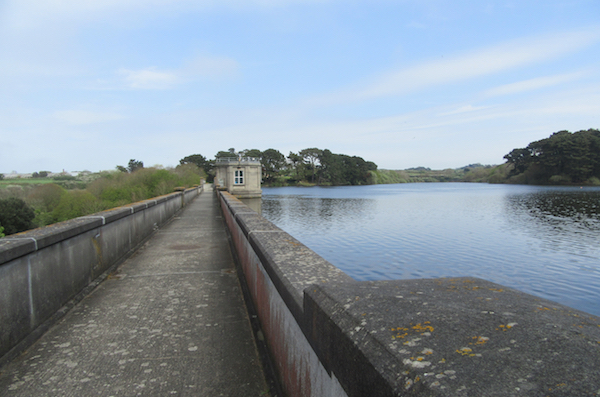 Pictured: Guernsey Water has this year improved access to the walk around the St Saviour's reservoir.

Guernsey Water has made changes to a section of the Millennium Walk at the St Saviour’s reservoir which make it more accessible to people with disabilities.

The entrance gate has been widened to accommodate wheelchair users, the paths have been improved and levelled where possible and additional seating has been created along the route to provide resting points with views over the reservoir.

An accessible classroom has also been created at the reservoir.

Steve Langlois, General Manager at Guernsey Water, said: “Being outside helps people develop an emotional connection with nature and we wanted more people to be able to do this at the St. Saviour’s reservoir. Providing access to the Millennium Walk for people who previously may not have been able to enjoy it was one of the main things we set out to achieve through the recent improvements.”

Increasing opportunities for people with disabilities