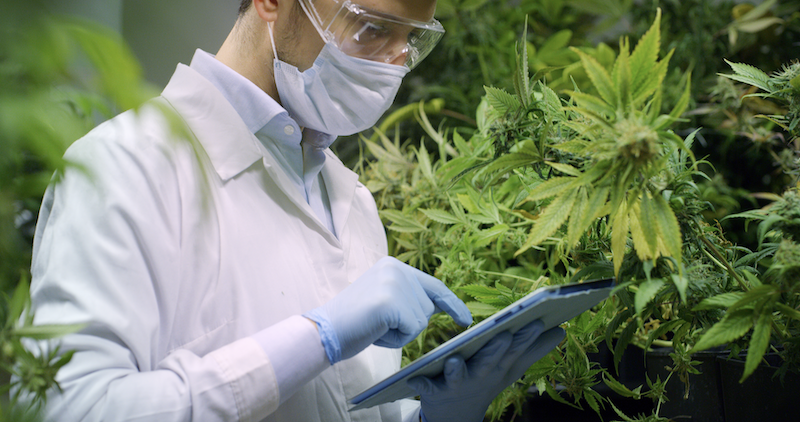 Guernsey's embryonic medicinal cannabis industry appeared to get off to a flying start.

In the States and in the industry itself, there was much talk of the island gaining competitive advantage by being among the first jurisdictions to embrace medicinal cannabis as a legitimate economic sector with huge potential for growth.

But suddenly, at least in some parts of the industry, development is stalling.

Most companies' applications for licences to cultivate have been rejected. The biggest player in the market to date is among them. A group of growers say they are half a million pounds out of pocket and heading out of the industry.

In the industry and among politicians outside the States' leadership team, there are an increasing number of voices - though few prepared to go on the record - speculating that a licensing regime agreed with the UK Home Office may strangle the industry at birth.

Some experienced horticulturalists question why the economies of scale and labour costs which destroyed most of the island's growing industry in the last three decades of the 20th Century shouldn't apply equally to growing cannabis in the 21st Century.

Others experienced in the industry in other parts of the world say that these early challenges were predictable and inevitable and that if Guernsey has the courage to persist and work through them then there is no reason why the island should not become a world leader in the industry and why medicinal cannabis should not become a substantial contributor to jobs and economic prosperity. 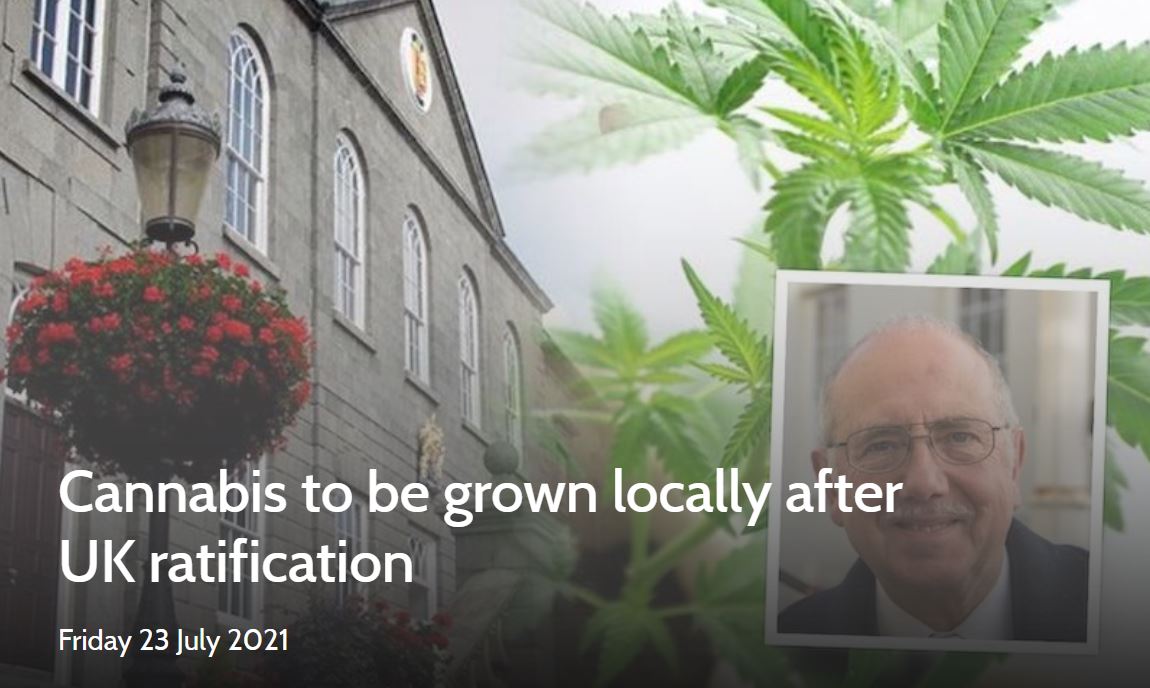 Pictured: In July last year, Express reported on an agreement signed between the States and the UK Government, which was seen by some as a major breakthrough in the development of the industry locally.

Six months ago, the embryonic industry moved into a new phase when the States and the UK Government signed a memorandum of understanding, including for a critical licensing and regulatory regime to be set up by the authorities in Guernsey.

The local politicians behind the memorandum of understanding saw it as a necessary precursor to allowing businesses in Guernsey to cultivate, process and export medicinal cannabis. 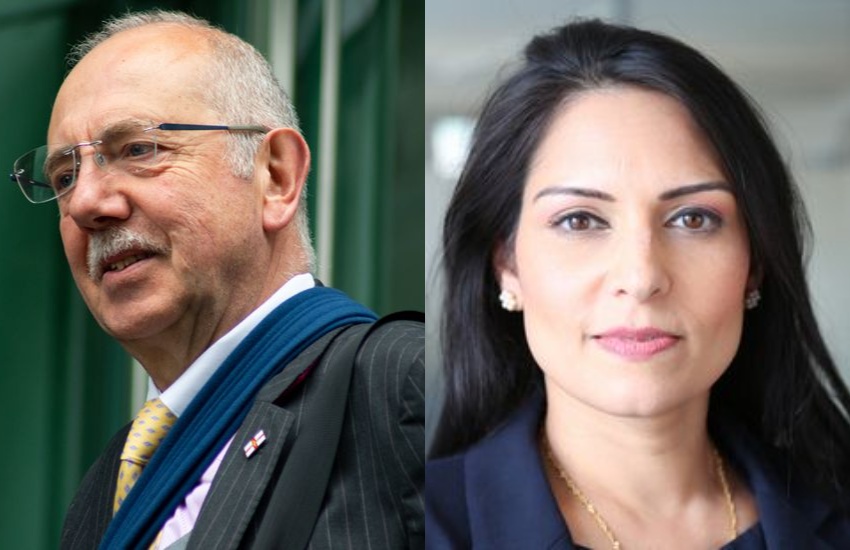 Pictured: The memorandum of understanding is between the States and the UK Home Office, led by Home Secretary Priti Patel (right). It resulted in the Committee for Health & Social Care, led by Deputy Al Brouard (left), setting up the Bailiwick of Guernsey Cannabis Agency (BGCA).

The signing of the memorandum of understanding, the setting up of the regulatory Agency and an initial round of licence applications submitted by companies wishing to grow, cultivate or sell medicinal cannabis were hailed as significant for the economic future of the island. Not least by the President of the Committee for Economic Development, Deputy Neil Inder.

"The memorandum of understanding ensures that the Bailiwick can continue to remain at the forefront of a developing sector that provides diversification to our economy, revitalisation of our environment and new opportunities for skills and employment. Growers once moved into finance and now finance is moving into growing.

"The Committee will continue to support the opportunities available in the pharmaceutical industry and I'm very grateful for the effort all parties have made to deliver the long-awaited memorandum of understanding."

A few weeks later, Deputy Inder was speaking of rapid and material progress since the signing of the memorandum of understanding and the creation of the Agency.

“It is highly encouraging to see such a positive response from businesses in just a few months since the memorandum of understanding was signed,” he said.

“These are the early steps of a promising new sector for the Bailiwick, one which is already attracting interest and investment locally and from overseas.

“Guernsey is now well placed to remain at the forefront of the cannabis industry and we will continue to support its development."

Pictured: Deputy Neil Inder has championed medicinal cannabis for its potential "diversification to our economy [and] revitalisation of our environment".

But then six of the seven applications for licences to cultivate were rejected. Among them was one from The House of Green, the only company then in a position to take months' worth of cannabis grown by several local growers.

Last weekend, Express broke the news that growers claimed to be half a million pounds out of pocket and heading out of the industry following a dispute with The House of Green over letters of intent, unpaid invoices and the ownership of several tonnes of biomass at risk of going to waste.

In turn, The House of Green confirmed reports that the company and the Channel Islands Cannabis Industry Association are concerned about Guernsey’s licensing system and discussing their concerns in a series of meetings with various deputies.

The latest such meeting was due to be held on Friday. The outcome of it is not yet known. 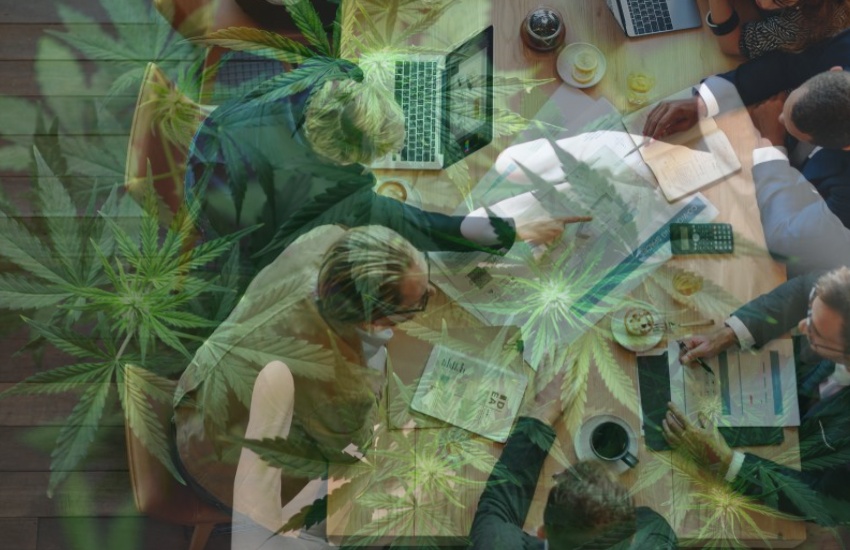 Pictured: It is not known which politicians were due to attend the meeting scheduled for 4 February, but Express understands that States' members directly involved in talks up to this point include Deputies Neil Inder, Mark Helyar, Al Brouard, Carl Meerveld and Gavin St. Pier.

Medicinal cannabis is a prescribed medicine. Obtaining a licence from the Bailiwick of Guernsey Cannabis Agency requires compliance with something known in the industry by the acronyms EU-GMP or GACP, depending on the type of operation.

There are industry standards for medicinal products to protect the safety of patients. For example, to avoid a medicine being given to somebody with a compromised immune system or it having mould or disease which has tainted the original product. Without regulation and high standards, some medicine could be unknowingly life threatening.

The process to obtain EU-GMP or GACP accreditation can be lengthy and is certainly not straightforward. Importantly, it is far more complicated than a different licensing regime which pre-dated the memorandum of understanding with the UK Home Office. This is partly because of the differences between what was being licensed then (cannabidiol, known as CBD) and what can be licensed now (which includes delta-9-tetrahydrocannabinol, known as THC, the ingredient which produces the high usually associated with using marijuana recreationally).

4C Labs, which has been designing a medicinal cannabis facility locally for two years, is believed to be the only company thus far to have obtained a licence for the cultivation of medicinal cannabis under the new licensing regime.

Express spoke to the company about the island's new licensing and regulatory regime. 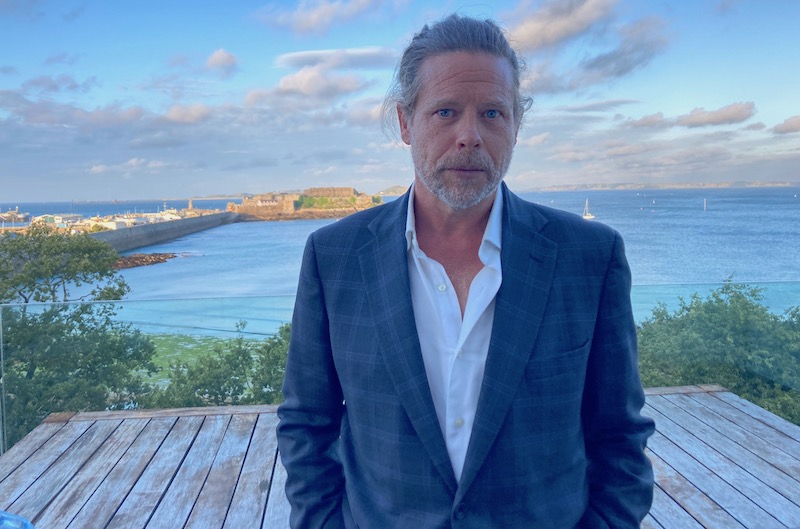 “In order to be able to be successful in making an application to cultivate cannabis, you need to have a very good knowledge of what the rules are,” said James Smith, Chief Revenue Officer.

“It is an overwhelming process that no one person could do alone.

“I don’t know if that was what the Bailiwick of Guernsey was looking for, but that’s the kind of application we had to make.

“There’s a whole certification and validation process that is involved in growing cannabis that is very complicated and very robust and has to be done exactly so - or you’ll fail to be validated.

“From afar it looks like 4C hasn’t done anything because we haven’t built anything. But we’ve been designing a facility for two years that will meet those very stringent standards that we have to plan for.”

4C says it used a team of scientists and specialists in Canada to make sure it was fully compliant with various international standards and practices before even making an application to the Bailiwick of Guernsey Cannabis Agency. 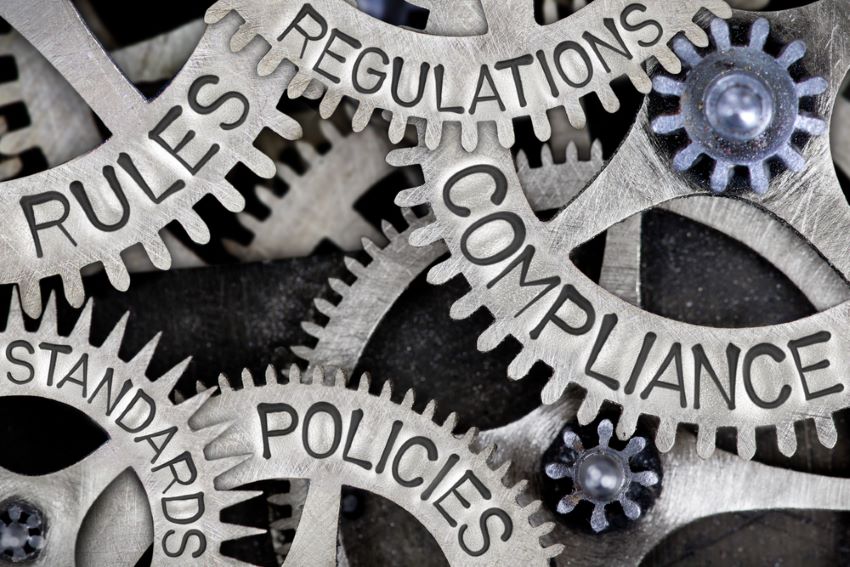 Pictured: Opinion is divided about whether the island's new licensing regime is more likely to impose rules and regulations which will strangle the potential growth of the medicinal cannabis industry or is an essential early feature of an industry which could not be successful unless it is regarded internationally as well regulated.

Express asked Mr Smith and the Managing Director of 4C Labs, Edward Fisher, why they think most of the first round of applications to the Agency failed to meet the standards demanded.

“It’s not an uncommon occurrence for a new industry. You have to meet very rigorous standards,” said Mr Fisher.

He cited South Africa’s medicinal cannabis industry as an example. He said 90% of new applicants initially failed to secure licences.

“It speaks to the nature of a new industry,” said Mr Smith.

“That is the danger of a new industry. We ourselves are classed as a high-risk investment as a medicinal cannabis start-up.” 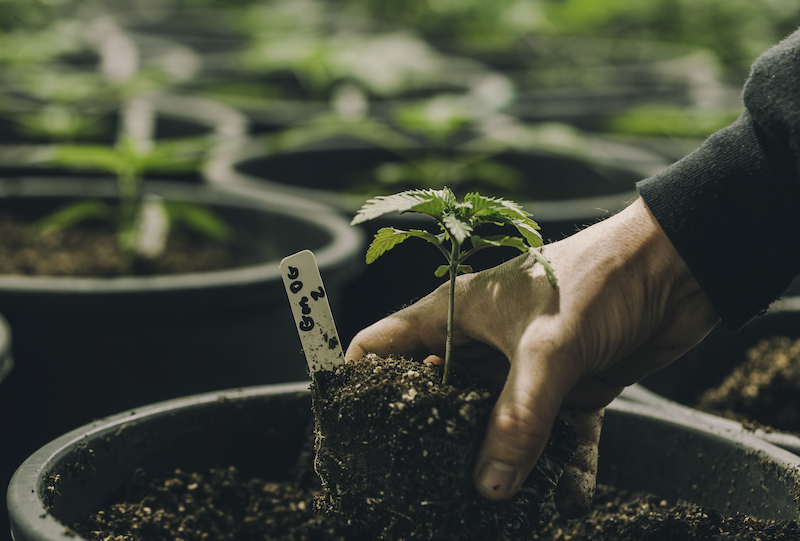 Following Deputy Inder's ambitious and enthusiastic promotion of the medicinal cannabis industry as a way of providing "diversification to our economy, revitalisation of our environment and new opportunities for skills and employment", his views on the current status of the industry locally would be particularly interesting.

For more than 10 days, Express has repeatedly requested Deputy Inder's views, but he has not replied to a series of phone calls and e mails.

Express also put a series of questions to officials representing the Committee which Deputy Inder leads, Economic Development, including:

In reply, the States provided this statement over the weekend: "The States’ collective efforts are focused on providing support and guidance directly to businesses who are seeking to develop this sector in the Bailiwick. We won’t be providing a running commentary on the development of the sector."