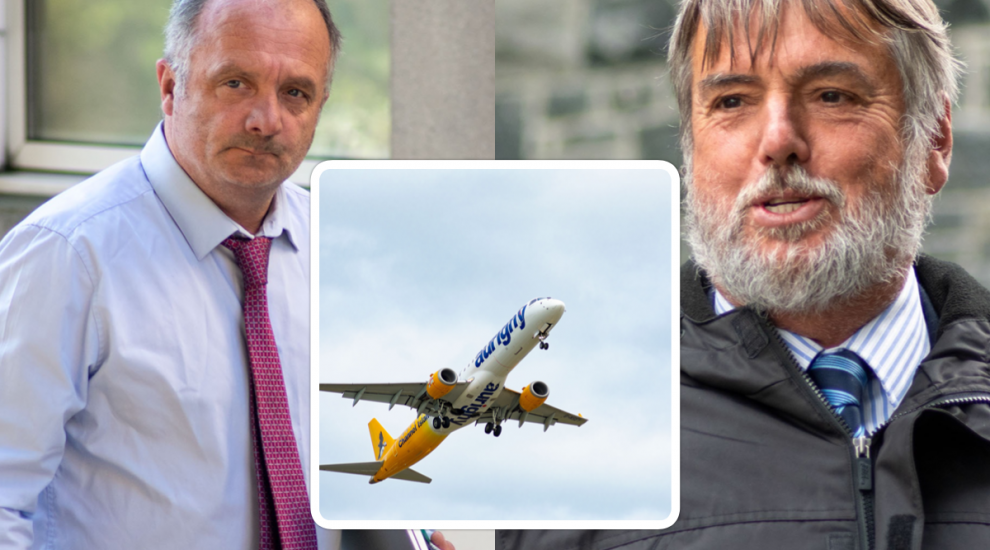 A Deputy says he will keep asking for regular updates on Aurigny's financial position after the airline's shareholder told him that questions he recently asked had already been answered months ago.

In a written question submitted two weeks ago, Deputy Neil Inder asked: "What are the predicted losses for Aurigny in the year 2021?"

Deputy Peter Roffey, replying this week as President of the States' Trading Supervisory Board, told Deputy Inder that "Aurigny's predicted profit and loss position for the period 2021-2025 was presented in the policy letter...debated by the States at their meeting on 15 October 2021".

Deputy Inder yesterday told Express that his question was "a sense check" at the end of the year and that he would keep making such checks to compare the airline's actual performance against its projections.

Pictured: The projected financial position of Aurigny for first half of this decade, which was provided by the States' Trading Supervisory Board. The Board is responsible for managing the States' trading interests.

"The predicted loss for 2021 was £16.1m (2020: £28.3m) before any adjustments that may need to be made as a result of the application of FRS102 accounting standard requirements," said Deputy Roffey.

"After considering the proposals set out in the policy letter, the States agreed to make financial provision for that loss, acknowledging that this would be subject to finalisation of the 2021 accounts.

"Aurigny’s year-end accounting procedures for 2021 are currently underway and will, for example, include assessment of any FRS102 adjustments and, in particular, changes in aircraft valuations.

"Subject to the above, Aurigny’s current assessment is that performance will be in line with the 2021 projection and, indeed, may be improved upon.

"Its performance was aided by the progressive reduction in travel restrictions between July and November before the impact of the omicron variant served to adversely impact demand in December."

Aurigny's audited accounts for 2021 will be finalised and published in the coming months.

You can read the full reply to Deputy Inder's question HERE.