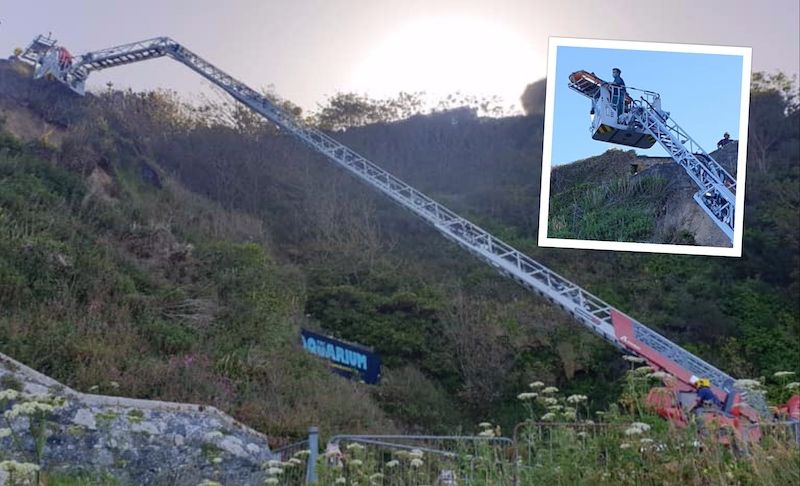 A patient who injured themselves in a fall at the Cow's Horn had to be taken to the Emergency Department for treatment - but only after they were brought down from the headland on a stretcher using a turntable ladder.

St John Ambulance and Guernsey Fire & Rescue Service teamed up for a dramatic clifftop rescue late yesterday afternoon, which marked the first time the Fire Service has had to use its turntable ladder to recover a casualty.

The St John Emergency Ambulance Service was first called to the incident at the Cow’s Horn and found they needed Fire's assistance because of the patient's location.

"A paramedic ambulance was dispatched by the Joint Emergency Services Control Centre for a patient who had fallen and suffered an injury," said a spokesman for St John.

"The patient was assessed and treated at the scene and due to the location of the incident the medical crew requested the assistance of the Guernsey Fire & Rescue Service to help with the extrication of the casualty. 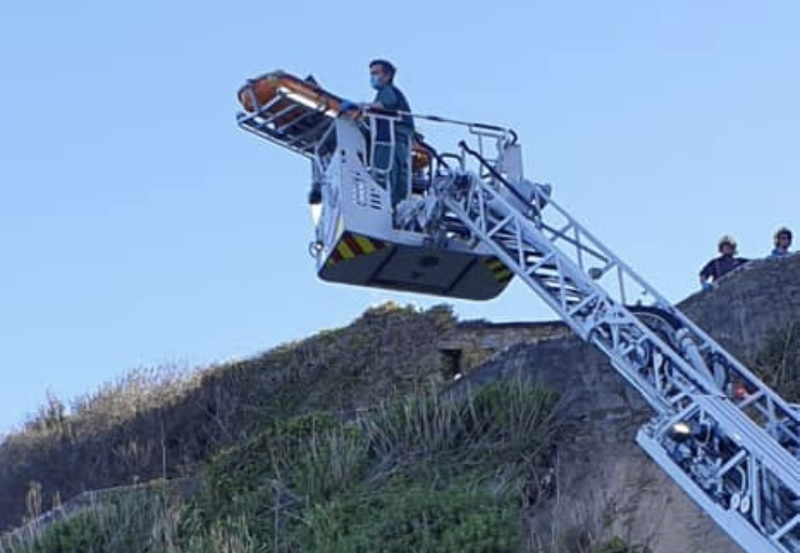 Pictured: The patient was brought down in a stretcher using the turntable ladder.

"The new turntable ladder was used to transfer the patient from above the Aquarium to the road, where an ambulance was waiting to transport the patient to the Emergency Department of the PEH for further treatment. The St John Ambulance Guernsey would like to thank colleagues from White Watch at the Guernsey Fire & Rescue Service for their assistance at this incident."

Fire & Rescue's Station Officer Pierre Laine said the crews had worked well together to lower the casualty to the Ambulance.

"Although the new turntable ladder has been used a number of times this is the first casualty to be rescued using the new appliance."

The Cow's Horn steps have been unusable ever since a landslide in March caused by stormy weather.

Pictured top: The turntable ladder in use at La Vallette yesterday. Inset, the casualty being brought down in a stretcher.

Partners may be allowed to attend antenatal scans again