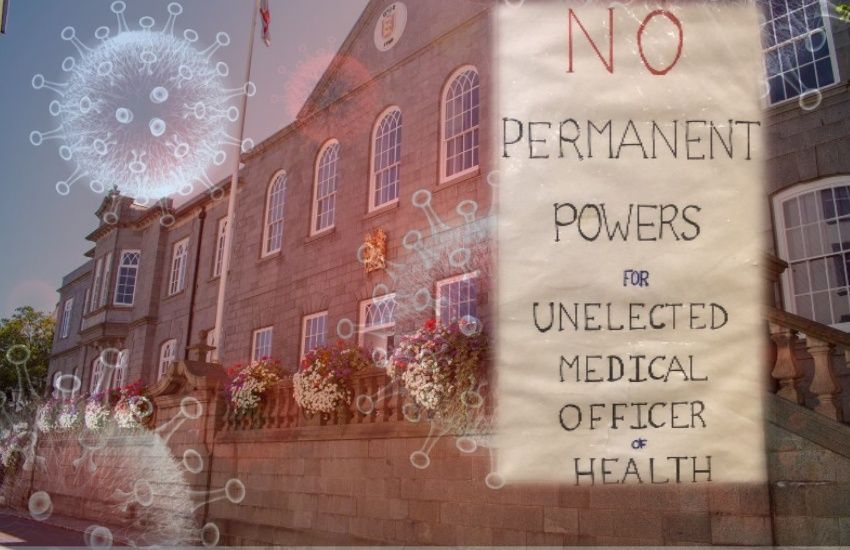 A couple campaigning against proposals to transfer a raft of powers from elected politicians to the Medical Officer of Health are taking their campaign to the States' Assembly.

Mark and Wendy Pratt recently wrote an open letter to deputies urging them to throw out proposals from three States' committees to move various powers to manage the covid-19 pandemic from the Civil Contingencies Authority to the island's senior public health official.

Mr and Mrs Pratt will be outside the Royal Court with a sign they have made up which reads: "No permanent powers for unelected Medical Officer of Health." 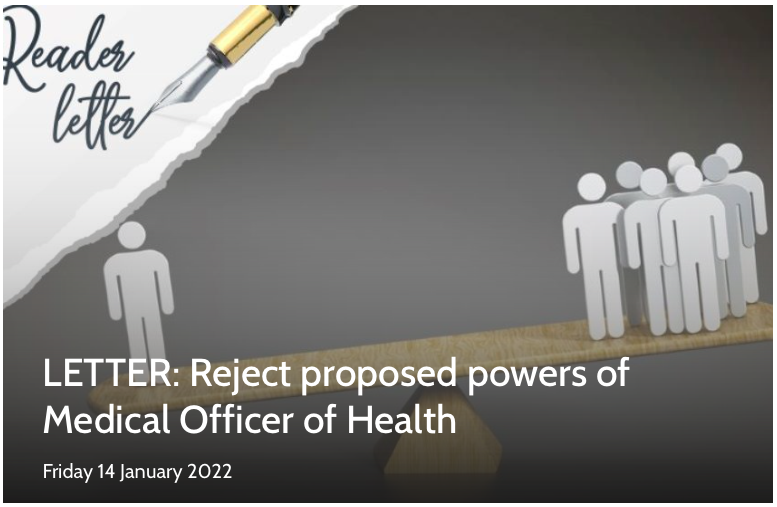 Pictured: HERE you can read the letter written by Mr and Mrs Pratt.

“Mark and I will be outside the Royal Court with the placard...to make our point on Wednesday,’ said Mrs Pratt.

“Hopefully we will have some company, but we appreciate that it is a work day and therefore difficult for people to take time off.

"If we are on our own, so be it. We feel we cannot just sit back and let this go through on the nod without making our feelings known.” 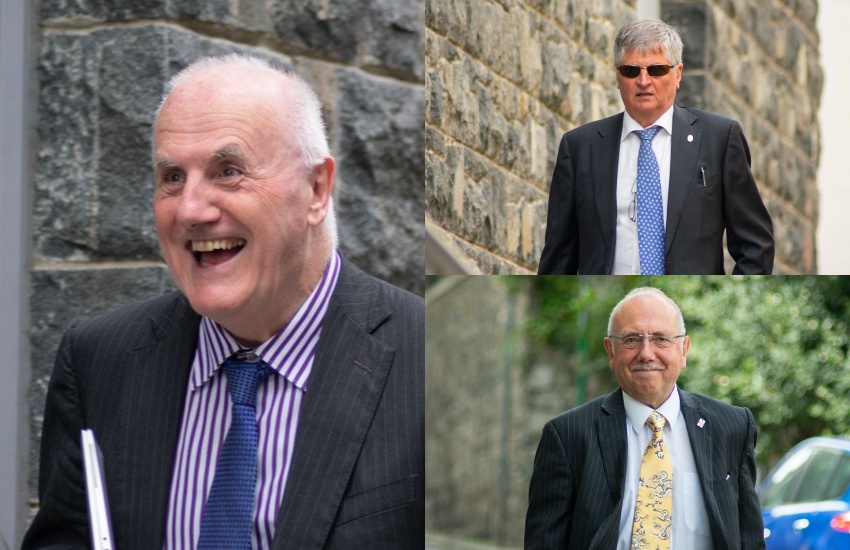 The couple's recent letter to deputies was published in Express. Yesterday, they told Express they have not received a reply to their letter from a single States' member.

However, several deputies have publicly voiced similar concerns about the proposals. As recently reported by Express, they include Deputies Andrew Taylor, Tina Bury and Aidan Matthews, all of whom sit on the Committees putting forward the proposals, and experienced Deputies Peter Roffey and Gavin St. Pier.

Under the proposals, the Civil Contingencies Authority would continue to use emergency regulations to manage covid-19 for the time being while legislation is drawn up to transfer many of its powers to the Medical Officer of Health – including powers to impose isolation and other restrictions on people infected or suspected of being infected with the virus.

Mr and Mrs Pratt's central concern is that they believe the proposals, if approved by the States, would result in restrictions being imposed on people's fundamental freedoms without adequate involvement by elected leaders who, unlike unelected officials, can be held to account by the public at elections.

Posted by TonyHolland86 on Jan 25th, 2022
Don’t agree with these two for one moment.Good luck attracting supporters tomorrow, if it’s cold or raining you’ll certainly be on your own!
To place a comment please login Login »