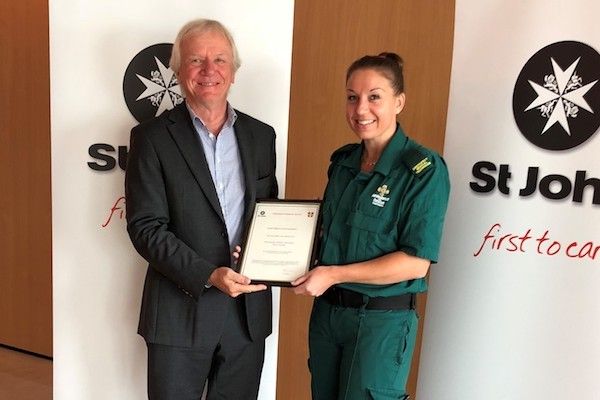 One of Guernsey's emergency service heroes has been awarded a Chief Officer's Commendation for her actions during a medical incident while at sea.

Emergency Medical Technician Laura Kanjere was honoured for her work in the English Channel off Alderney earlier this year dealing with a patient with a head injury. 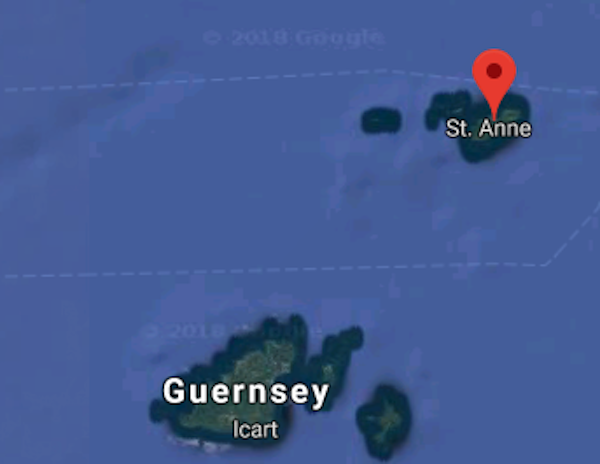 Pictured: The medical emergency happened at sea, near Alderney.

On 5 June Guernsey Coast Guard received a call for assistance from a small yacht for a female crew member who had suffered a head injury. She was "not fully alert for a time, feeling dizzy and shivering."

An emergency ambulance crew was requested by the Acting Harbour Master to go on board the RNLI’s St Peter Port Lifeboat to liaise with the vessel and to assess and treat the patient. The weather and sea conditions were rough and the yacht had suffered damage to its mast.

Station Officer Paramedic Sonia Guille and EMT Laura Kanjere responded to the call. Under the guidance of the Lifeboat crew, Ms Kanjere said she would go on board to assess and stabilise the patient, before helping them on the journey back to the lifeboat.

The yacht was towed back to St Peter Port harbour and the patient was taken by road ambulance to the Emergency Department of the PEH for further treatment.

Station Officer Mrs Guille said, “Laura was very brave in transferring across to the yacht, taking into consideration the state of the sea, and having witnessed what had happened to the mast of the small vessel.”

Chief Officer Ali Marquis said, “The Chief Officer’s Commendation recognises exceptional actions by ambulance staff. I am extremely proud of what Laura did on that day. Having ascertained the seriousness of the situation and considered all the risks she acted in acted in a brave and selfless manner to ensure the patient received the necessary treatment.”