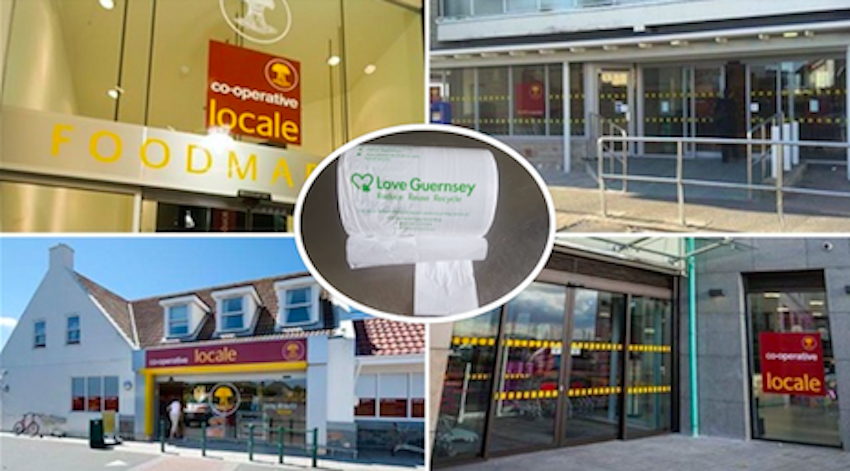 The Channel Islands Coop plans to remove sell-by dates from a number of own brand products to help reduce food waste across the islands.

It's the latest initiative the supermarket chain has trialled among wider efforts to cut the amount of food wasted.

Previously, the Coop dramatically reduced certain 'store cupboard staples' after they had reached their 'best before' date to allow customers to get some bargains rather than simply throwing the food away.

Now, the CI Coop will remove the 'sell by' labelling from its own brand dairy products and desserts, meaning shoppers will no longer see a date of expiry on the products but will instead be encouraged to ‘judge’ on their own terms the quality of the product before purchasing.

Pictured: The Co-op Locale on the Bridge.

It is a decision that has already been adopted by other Coop’s in the UK and has previously been embraced by Jersey Dairy.

In Guernsey the Coop already works with Olio; the food sharing app, Guernsey Welfare Service and The Grace Trust to reduce food waste. It now wants to take a step further in limiting what ends up in the landfill entirely by removing the use by dates so that can help to educate customers and Members about the meaning behind the display dates.

Chief Executive Officer for The Channel Islands Co-operative Society, Mark Cox, said it can be confusing.

“Food date labels can sometimes be confusing or ambiguous, with terms such as ‘Display until’ or ‘Best before’. By removing this, we’re choosing to bring shopping ‘back to its basics’ by encouraging shoppers to look, see and inspect the products they are purchasing.” 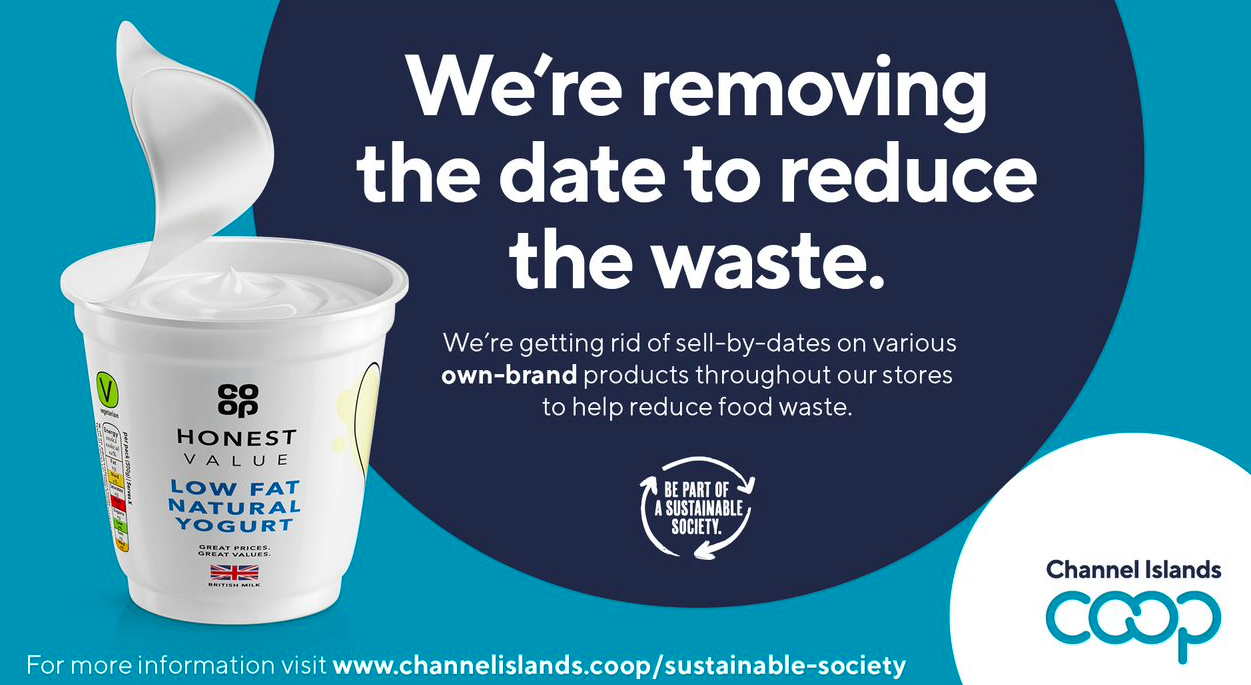 Pictured: The campaign is underway now.

Mr Cox said food waste is a huge issue, and Guernsey is not immune to that.

“As a community retailer, we want to ensure that we are doing all we can to support and preserve our natural environment. We recognised that we have a responsibility to reduce our contribution to the issue of food waste, hence why we are making this move to further reduce our wastage.”

The issue is one of concern in Guernsey where it has previously been reported that more than 50tonnes of food waste get collected from households each week.

As part of the change, the Channel Islands Coop is also reassuring shoppers that although the dates will be removed from own-brand products, colleagues in food stores will continue their routine of checking and rotating stock as per usual to ensure that all products we sell are meeting requirements for sale and safety.

For any products found to be nearing the end of their reasonable shelf-life, the price will be reduced to reflect its short-term quality.

The Channel Islands Coop believe that along with the educational elements surrounding this campaign, including fresh produce storage guide, recipe ideas and more, that customers and Members will shop more consciously, thinking more about the food that they buy, and the impact of food waste.

Community groups and charities to benefit from Waitrose food

Two new directors for the Co-op