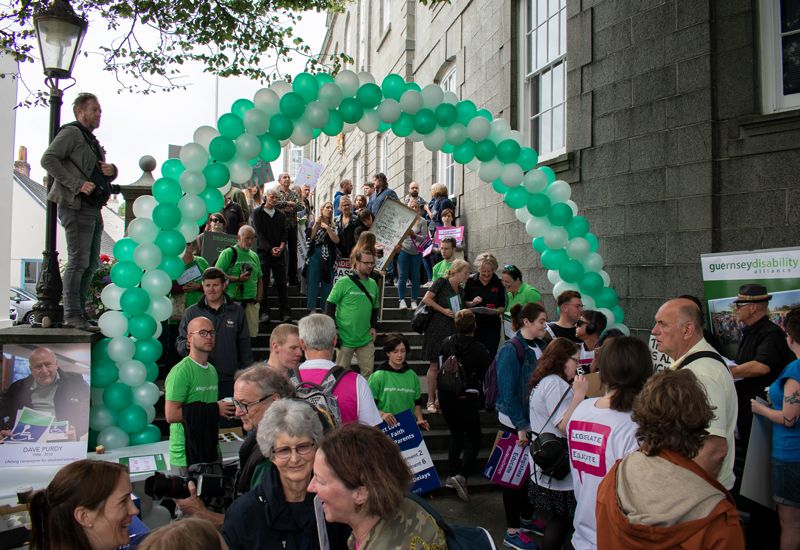 Several local business groups have voiced their support for the proposed Discrimination Ordinance, which was approved by the States last week.

In a joint statement by the Institute of Directors, Guernsey Chamber of Commerce, Guernsey International Business Association, Confederation of Guernsey Industry and the Chartered Institute of Personnel Development, the groups announced that they will work to make sure legislation can be enacted efficiently.

“The business groups welcome the Assembly’s decision to approve the proposals for the new discrimination ordinance,” said a representative for the groups. “We hope to work alongside government and other stakeholders throughout the legislative process to ensure a smooth and successful implementation.”

“We believe that Guernsey’s economic and social wellbeing depends on a thriving business community and we hope we can work together to bring about legislation that best serves the whole island.”

The proposals, which were passed by the States of Deliberation on Friday, aimed to create legislation that outlaws discrimination on a number of grounds, to be drafted and enacted between now and 2026. Click HERE to read more about the proposed Discrimination Ordinance.

Pictured Top: A crowd gathers in front of the States' Chambers in support of the Discrimination Ordinance, ahead of the debates that led to its approval. Several key business groups have now voiced their support for the Ordinance.