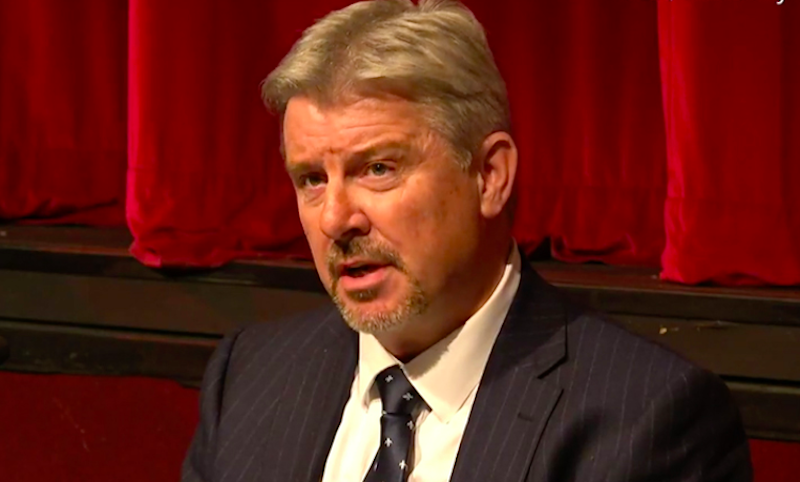 Policy & Resources has announced it has "no intention" of identifying individual businesses who receive payroll support during the pandemic, with the Committee's Treasury Lead claiming the committee never said it intended to do so.

Deputy Mark Helyar has also claimed that the truth has been "extensively misreported in social media" - despite previous guidance on the States website appearing to suggest otherwise and no public rebuttals before now.

He said the Policy & Resources Committee has no intention, and never did have any intention, of publishing information capable of identifying individual business claimants.

Concerns had been shown by many business owners that this would happen. People claiming business support had tick a box to declare that "I understand that it remains the intention of the Policy & Resources Committee to publish information of those organisations claiming financial assistance through the scheme."

Meanwhile, previous guidance on the States website stated that the names of businesses, self-employed individuals, number of employees and total amount claimed may be published.

"Regrettably there has been confusion about these requirements which have been extensively misreported particularly in social media," said Deputy Helyar.

"The Policy & Resources Committee has no intention of publishing details of individual claims, nor has it ever stated that this was the intention of reserving these rights." 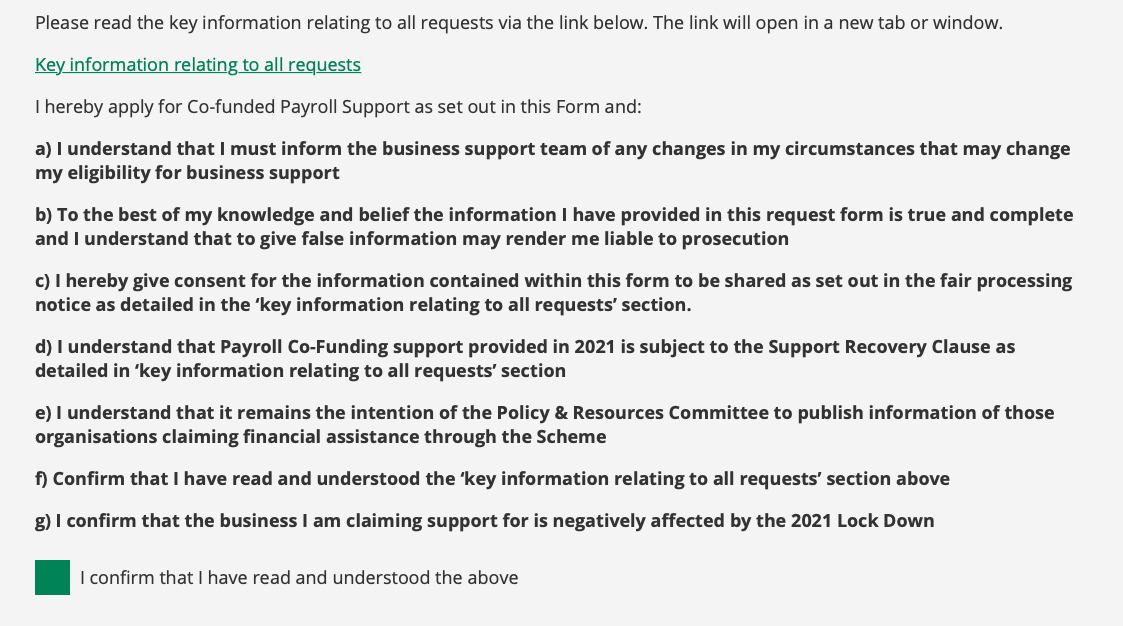 Pictured: In a media release yesterday evening, Deputy Helyar said the Policy & Resources Committee "has no intention of publishing details of individual claims, nor has it ever stated that this was the intention of reserving these rights."

He said the committee retained the right to publish "summarised and anonymised information" on this significant expenditure of public funds.

"Tens of millions of pounds of public money are currently being paid out in business support. It is vitally important that these funds go to claimants who need them and that the public, in due course, understand where the money has gone.

"As with all these issues, if people have concerns we would always encourage them to contact us for clarification."

The Payroll Co-Funding shcheme will initially see the States of Guernsey pay 80% of an employees wage at minimum wage. If lockdown continues beyond the 1 March a 100% payroll co-funding scheme will come into effect. 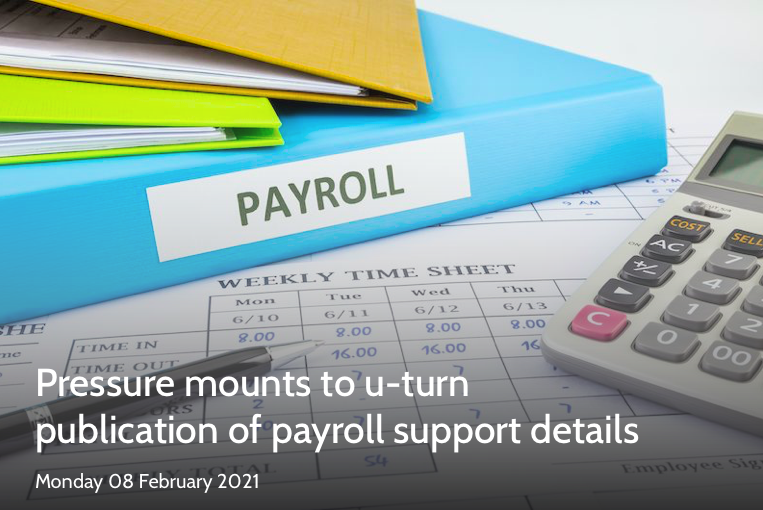 Pictured: A petition was launched demanding that the States of Guernsey did not release any data revealing the identity of businesses requesting payroll support.

When asked about concerns about the publication of individual business details and the amount claimed during a media briefing last week, Chair of the Civil Contingencies Authority, Deputy Peter Ferbrache said: “We’ve heard them [the concerns] we’ll certainly take them into account and I, Deputy Soulsby, and the other members of Policy & Resources, will be discussing those concerns at our next meeting.”

The States of Guernsey has enabled businesses to submit claims, starting from Monday 1 February, with payments backdated to the beginning of Guernsey's second lockdown.

The idea was mooted during Guernsey's first lockdown but was never carried through, partly because businesses had not agreed to it when they first claimed support.

The P and R Committee have now publicly stated that they have "no intention of publishing information capable of identifying individual business claimants" for payroll co-funding. This is welcome clarification.

Pictured: Deputy Steve Falla raised questions in the States about the potential publication of business details and was pleased with the outcome.