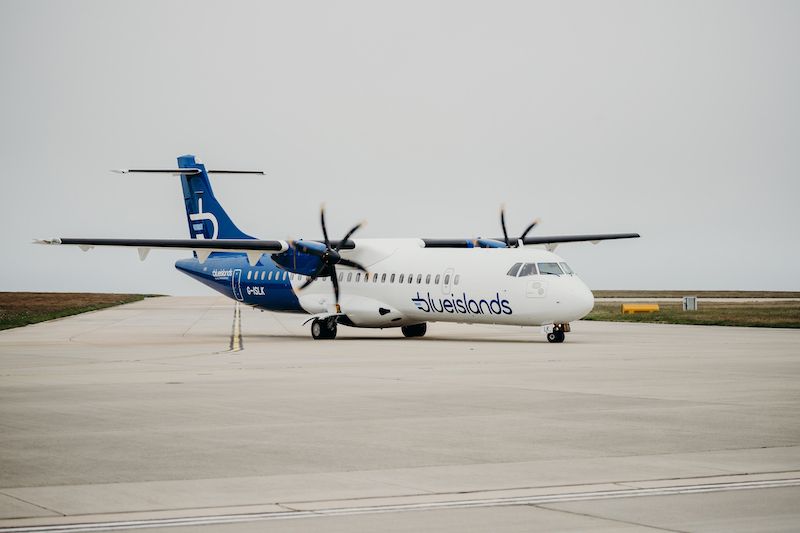 Blue Islands sported its new livery this morning as it touched down in Guernsey and Jersey to launch its "new brand identity, new routes, new website and new product offering".

Since the collapse of its franchise partner Flybe in March, Blue Islands has re-established itself as an independent carrier, announcing a £10m commercial loan with the States of Jersey this week that is helping the airline to spread its wings post-lockdown.

Speaking about the airline's re-launch, Rob Veron said it was a "very special and exciting day" for the Blue Islands team across its Guernsey and Jersey bases.

"We have been working really hard behind the scenes over the past few months with the aim of re-emerging, post pandemic, stronger and better than ever," he said.

"We look forward to serving the Channel Islands again with extensive Guernsey schedules to Jersey, Southampton and beyond, together with our services from Jersey to Bristol, Southampton and new routes Birmingham and Exeter.” 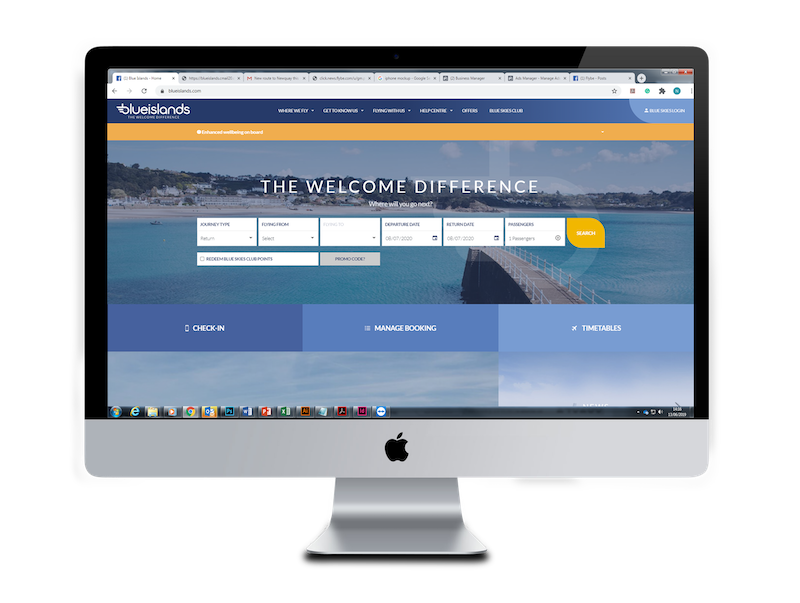 "Channel Islanders told us that they want flying to be simple and easy again with no hidden costs and stresses over bag restrictions. We’ve listened, taking all the ideas onboard, and we are proud to announce our new product offering, refreshed brand identity and new website. No gotcha’s, we are focussed on simplifying regional air travel, making sure that our product and service offerings, are uniquely tailored to the needs of our passengers."

Whilst the islands have been in lock down, Blue Islands has provided lifeline services for Jersey, operating essential flights to both Southampton and Gatwick.

That partnership has culminated in a deal between the airline and the Ports of Jersey - that island's government will provide a loan of up to £10m, to be repaid over six years, as part of a long-term 'base carrier deal' between the two parties.

Mr Veron said the brand launch was one of several announcements the airline will make in the near future, saying there "will be more in the coming days and weeks ahead."