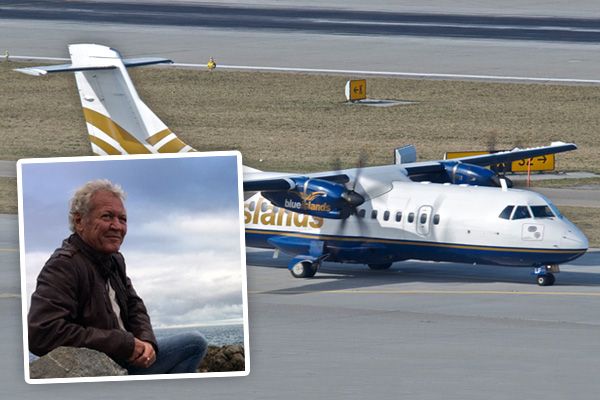 Prices will rise and flights will be cut as Blue Islands angrily reacts to Guernsey's new Open Skies policy.

The States overturned the island's decades old licencing system on Thursday and introduced a liberalised scheme on all but the Gatwick and Alderney routes – neither of which the airline flies.

Chairman and founder, Derek Coates, had launched a blistering attack on the Committee for Economic Development’s Open Skies plan before it was debated – warning the airline would respond in ways which might, ultimately, be detrimental to the public. Mr Coates has so far invested £45m. into establishing an indigenous airline.

And now that his warnings weren’t heeded, Mr Coates has made good on his threat, and announced that from this winter the airline will be cutting flights to Jersey and Southampton.

“The regrettable unintended consequence of this decision is, as we advised, to change our business strategy and model. Therefore, because we are now no longer bound by licence obligations to operate some half empty winter flights, we will implement our Plan B, which we prepared in the face of this possible challenge arising.  It is with deep regret as an island airline, that part of this refocus will inevitably be the removal of all of the non-profitable off-peak flights in the winter months, that used to lose us money.

“Passengers will in future have no alternative but to pay higher fares on the available seats that remain unsold on our revised winter schedule to help fill the empty seats on our aircraft. We will now be able to use the resulting aircraft availability to focus on the more profitable routes of our network, thereby maintaining our own business viability.

"We apologise to the people of Guernsey that we will now be compelled to make these changes.”

The cuts from a high-frequency, year round services would impact all classes of travel, Mr Coates said, with the leisure, business, sporting and medical travelers all now facing higher prices and lower levels of convenience. Up to five inter-island and Southampton rotations take place in the height of the summer season.

“Blue Islands has in past years been able to invest in route development out of Guernsey and grown its business as part of its commitment to the Channel Islands, with some limited comfort from the protection that licencing provided, against the possible arrival of predatory summer entrants by other airlines,” Mr Coates added.

Channel Islands to welcome flights from Germany, Switzerland and The Netherlands