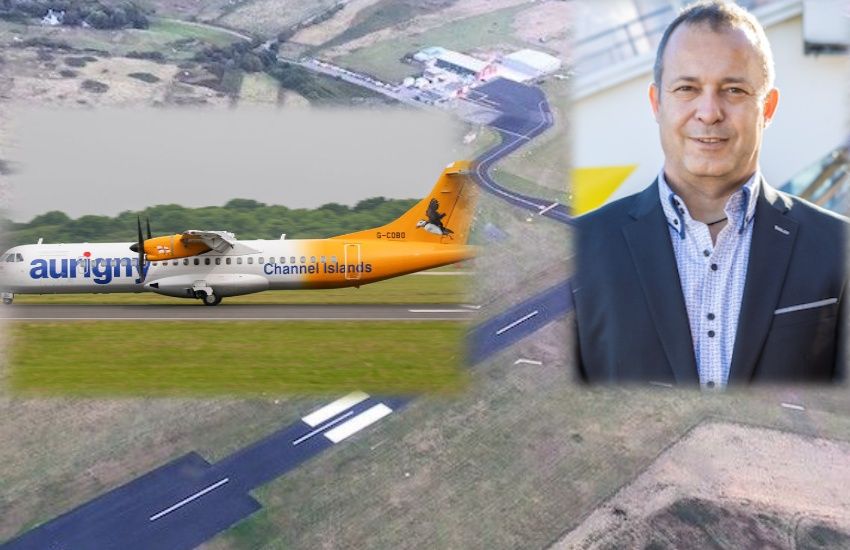 Aurigny's Chief Executive says that extending Alderney's runway would help the States-owned airline "reduce the financial burden on the taxpayer".

Nico Bezuidenhout's plans to reduce Aurigny's losses - which were around £13.5million last year - include making the airline more efficient and less expensive to run.

"The only way to make it cheaper still is to extend the Alderney runway," said Mr Bezuidenhout.

Politicians in Guernsey are currently assessing three options for the future of Alderney's runway, which Mr Bezuidenhout said is "beyond its design lifetime".

One of the three options being studied by the States' Trading Supervisory Board is to extend the length of the runway. The Board expects to make a recommendation this year.

Mr Bezuidenhout said the extension option would allow Aurigny to streamline its operations by removing Dornier aircraft from its fleet and instead flying Alderney routes with its extensive range of larger and heavier ATR 72 600 aircraft.

He said that streamlining Aurigny's fleet would "make things easier" and may also involve doing away with the Embraer jet which it currently uses on the Guernsey-London Gatwick route.

Pictured: A public drop-in was held in Alderney last week at which the future of the island's airport and runway were discussed.

Mr Bezuidenhout said that extending Alderney’s runway would reduce the costs of running the public service obligation between Aurigny and the States which guarantees that essential or lifeline routes are maintained.

Any savings realised within the public service obligation could help fund new infrastructure at Alderney airport which he said would constitute a "direct benefit to the States of Guernsey".

Mr Bezuidenhout's comments were welcomed by Alex Snowdon, one of two Alderney Representatives in the States of Deliberation in Guernsey.

Mr Snowdon said that using Dornier aircraft to serve Alderney routes had "cost a tremendous amount of money" and that losses incurred meeting the demands of the public service obligation had exceeded initial projections. 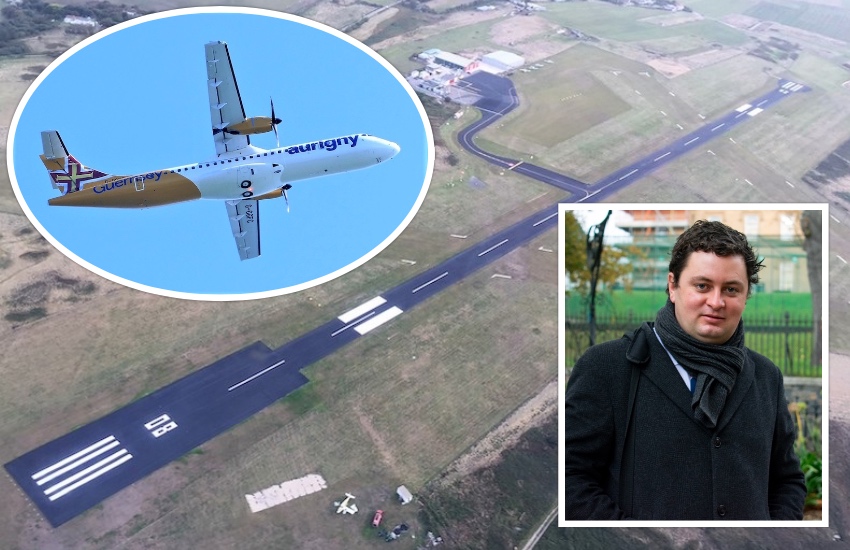 Pictured: Alderney Representative Alex Snowdon is welcoming indications from Aurigny that it would back plans to extend Alderney's runway.

Mr Snowdon has said that there is strong public support in Alderney for the runway to be extended following a public drop-in held with residents last week.

He said "a new model of transport is needed" which would "save the Bailiwick taxpayer money".

Mr Snowdon said that currently only one Dornier aircraft is operating to and from Alderney as the other Dornier aircraft usually on the route is receiving maintenance. He said this indicated that the current arrangements on Alderney routes are fragile.

He said that enabling ATR aircraft to operate in Alderney would "help the people and the economy".