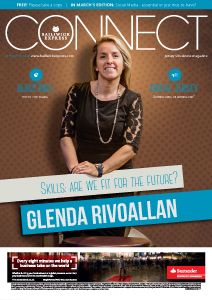 In politics, timing is supposed to be key. Someone really should mention that to Senator Maclean. For the second time in his career he has taken over the reins from Senator Ozouf at just about the worst possible time. The first was his ascension to Economic Development Minister – on the cusp of the global financial crisis which is still shooting its malevolent repercussions through our economy. And then a few months ago, he became Treasury Minister – just after the 2015 Budget suggested we had a serious black  hole in our finances, and just before the States economic experts warned we wouldn’t truly know the true scale of that hole for another few years; but we really had better stop digging now, just in case. In this edition (page 20), we take a look at how Senator Maclean plans to tread carefully around the twin traps of tax and spend, and what that might mean for local businesses.

The answer will lie in investment, whether that is by the government in island infrastructure, by overseas companies choosing to build their operations here or by local businesses deciding to open, expand or employ. Which is why on the cover of this edition you will have seen Glenda Rivoallan, someone who has made that decision to invest locally, and in a sector which sits right in the middle of the Island’s ‘work hard, play hard’ ethos, but which doesn’t tend to get much recognition – leisure and fitness. You’ll find her story on page 56.

That theme of investment carries on through the Unplugged feature on page 46, and ViewPoint immediately following it. Both focus on the digital sector – is it on the right path? Given it’s importance to both the way we live our lives, and our chances of diversification within, and to support, the financial services sector, that is a necessary question to ask and discuss continually, in a spirit of continual improvement. As the industry insiders in these features will tell you, failures must be expected, accepted and mitigated – to negate debate by insisting all is always well is the real mistake.