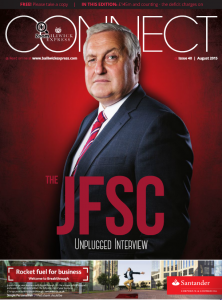 Jersey’s financial services regulator has been in the headlines a lot in recent weeks: from successfully prosecuting the 'serial liar’ Andrew Fleming, to the very different case involving depositors losing money with Equity Trust ; and once you mix in the acquittal of STM Fiduciaire and one of their directors (on the basis that a conviction would have set an extremely low criminal threshold for the point at which a Suspicious Activity Report should be made) it all amounts to a period when the balance between legitimate business risk, and strict procedural compliance, is under close scrutiny.

Is that a good or bad position for the Island to be in? Do the headlines show the island’s regulatory regime is working? Or do they suggest that its defences are under increasing attack from ever-more-sophicated threats? Or perhaps there is a third option: that the procedural load is becoming so onerous, sooner or later firms will make an administrative mistake – and that will land them in court.

Read the views of the Director of the JFSC’s Enforcement Division, Barry Faudemer, on page 54 before you bang your gavel on the desk and decisively shout, ‘Guilty’, or ‘Not Guilty.’ Essentially, the argument runs as follows: without risk you don’t have any business – the most compliant company is the one without any customers. So how much time and money do you spend making sure you are compliant, when other firms will be wooing your potential customers while you review the file one more time?

It’s one of those subjects when there are most questions than answers, and few who are prepared to take the witness box and publicly state their case. As ever the two extremes of the argument are easy to deal with – of course a con-man such as Andrew Fleming should be prosecuted, and there is no place for them in the industry. Equally, a low-level administrative error shouldn't be enough for a firm to be pushed into the cold.

I hope this month’s edition of Connect helps you navigate the tangle of perspective, paranoia, pride and practicality which co-habit somewhere in the middle-ground.