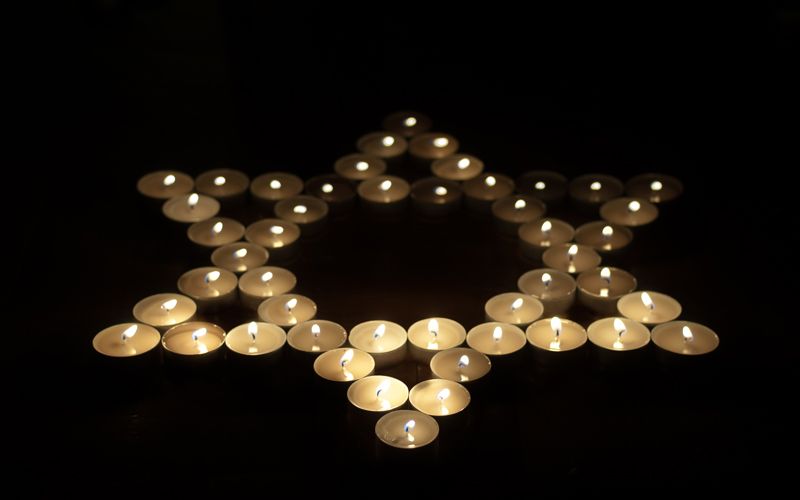 The Memorial Day on the 27th of January is to remember the 6 million Jews murdered during the Holocaust alongside the millions of other people killed under Nazi persecution of other groups and in genocides that followed in Cambodia, Rwanda, Bosnia and Darfur. The 27th of January marks the anniversary of the liberation of Auschwitz -Birkenau, the largest Nazi death camp.

A wreath will be laid at the Hammond Memorial at 11am on Thursday 27th January. All members of the community are welcome to attend. All the churches have been invited and a prayer will be offered by the Vicar on behalf of Churches Together.

In addition, members of the community are invited to “light the darkness”, at 8pm by lighting candles and safely putting them in their windows.

This day is particularly significant to the Island, given the suffering that was inflicted upon the workers who were brought to the Island, following the evacuation in 1940.