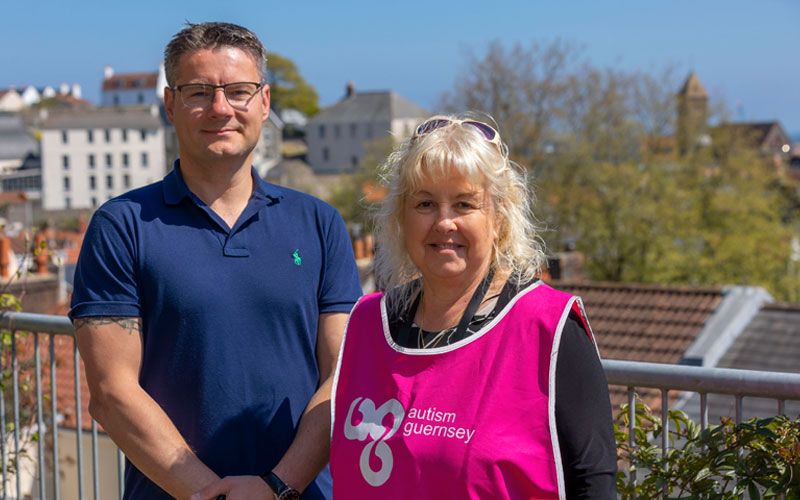 Autism Guernsey has been voted as First Central Group’s charity partner for two years from 2022 to 2024, with the aim of raising £4,000.

Autism Guernsey is an independent charity that assist and support people on the autism spectrum in Guernsey. Its aim is to ensure those with autism are able to lead full, positive and inclusive lives and enjoy a reasonable degree of independence.

First Central is a fast-growing UK insurer and innovator in data which employs a team of 32 in Guernsey.

Every two years, First Central employees nominate a charity that they believe will benefit from their support. The charity with the most votes is then chosen as First Central’s charity partner. The insurer’s support includes both financial gifts and donations of time and resources.

As part of First Central’s fundraising efforts for Autism Guernsey, employees will be taking part in the School of Popular Music’s Battle of the Bands competition on 16 and 17 September. The team will raise £300 and First Central will match that amount to enter the competition. The winning band will win £1,000 to go to a charity of their choice.

The firm has also signed up to take part in Autism Guernsey and the GSPCA’s Puffin Parade. First Central’s puffin will be brought to life by the artist Isabelle Powis throughout the summer, ready to take its place in the parade early next year.

Julia Watts, Service Manager at Autism Guernsey, said: “We’re very pleased to have been chosen as First Central’s charity partner. Their support will be vital in helping us deliver our essential services to those in need. We’re excited to see what the next year holds for Autism Guernsey.”

John Davison, Chief Information Officer at First Central, said: “We’re proud to be supporting Autism Guernsey as our charity partner for the next two years. Their work is hugely valuable to many islanders, and they provide the best care and support for people with autism.”

The Smile for Georgie Foundation was First Central’s charity partner for the past two years. The Foundation aims to make a difference and bring smiles to the people of Guernsey through small acts of kindness.