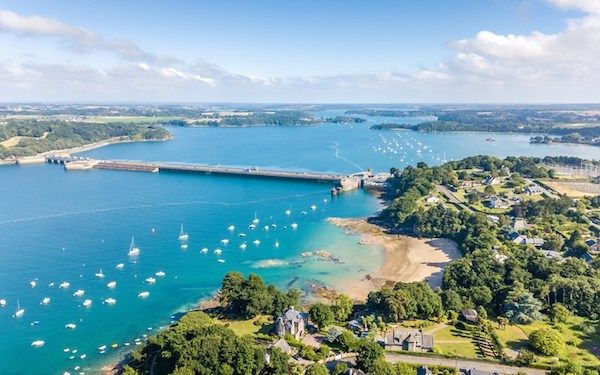 Newly released figures from Guernsey Electricity show the amount of power needed to be generated on-island fell from 21% to just 14% last year.

The vast majority was transported to the island via an undersea cable called GJ1. This links Guernsey to Jersey, which itself imports electricity from Europe. A total of 53% came from low-carbon nuclear sources generated in Europe, and 33% from the Tidal Barrage at the Rance, Brittany.

Guernsey Electricity’s Head of Assets; Stuart Blondel, said the cable connected the island to the European electricity grid and provided access to a “secure source of hydroelectricity and low-carbon energy for the island.

“At Guernsey Electricity we strive to be an active member of the community working to reduce carbon emissions and therefore, core to our activity is planning for increased efficiency and sustainable energy.

“The GJ1 cable is also complemented by our solar array installation at the power station in Vale earlier this year, which further demonstrates our commitment to the environment.”

In the 50 days since the installation was turned on, the panels generated enough electricity to light and power seven homes for a year, he added.

The States-owned utility continued to work closely with France over a second cable – but connected directly to the continent. Called GF1, the proposed cable is intended to help safeguard future power supply to Guernsey and increase the possibility of supplying the island with entirely low-carbon energy.