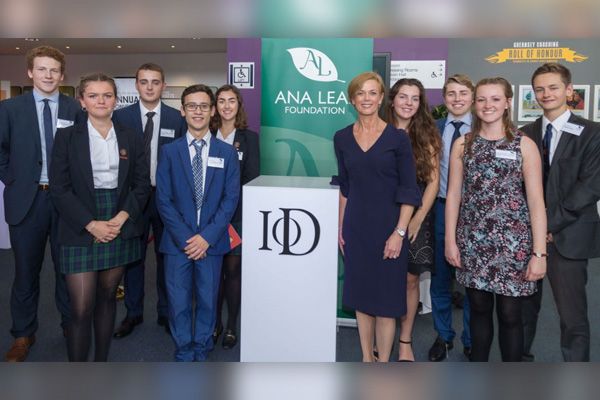 A group of six Directors of Tomorrow students had the opportunity to attend the recent Institute of Director’s (IoD) mid-term event at St James, thanks to an initiative created by the Ana Leaf Foundation nine years ago.

The students, from the island’s sixth form colleges, had been selected by their teachers for their interest in business and current affairs and were part of the 2017/2018 Ana Leaf Foundation’s Directors of Tomorrow.

The IoD (Guernsey branch) Mid-Term Review fell six months after its Annual Convention and focused on the island’s Digital Connectivity; one of the key “Infrastructure” deliberations discussed at the Convention.

The three winners of the 2017/2018 Directors of Tomorrow initiative were Nick Hutchinson, Eleanor Wallis and Abigail Dempster. Miss Dempster said: “A key idea that struck me was that keeping up-to-date with the latest technologies is only effective if Guernsey has a specific purpose or aim in mind. This is certainly something for companies and for the States of Guernsey to consider when weighing up the cost and potential benefits of prospective technological investments.”

Mr Hutchinson said: “It was very intriguing listening to the panel discussing the comparison between Guernsey’s digital footprint and the rest of the world. It was clear to see that we should not be concerned about our digital infrastructure because it is nearly the same or just behind that of the UK. However, one thing which really stood out is the importance of education of using this modern technology.”

Miss Wallis also found the debate very interesting: “I was not particularly aware of digital infrastructure. It was interesting to learn about the scale of cables in and around Guernsey and also why many people are not paying for super-fast broadband.” 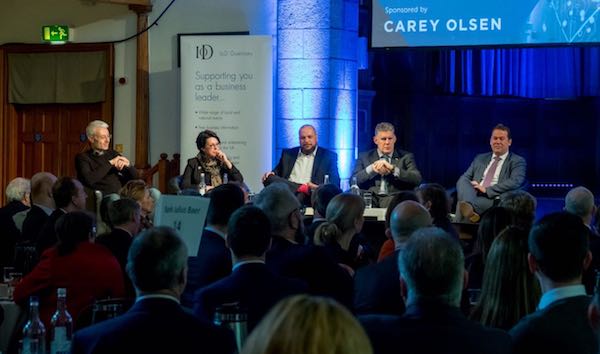 The 2017 chair of the IoD committee, Linda Johnson, said: “The Directors of Tomorrow initiative gives students the fantastic opportunity to sit amongst industry leaders and listen to their opinions on the current economic and political challenges.  Digital connectivity directly impacts our businesses, our schools and our homes, and this impact will continue to increase with ongoing technological advancement.

“We are thrilled that six students, our leaders of tomorrow, were able to attend the Mid-Term Review as a forum for them to engage in local political and business discussions on digital connectivity, and feedback their thoughts and views accordingly.”