TV debates should be confined to the two main parties – Martin 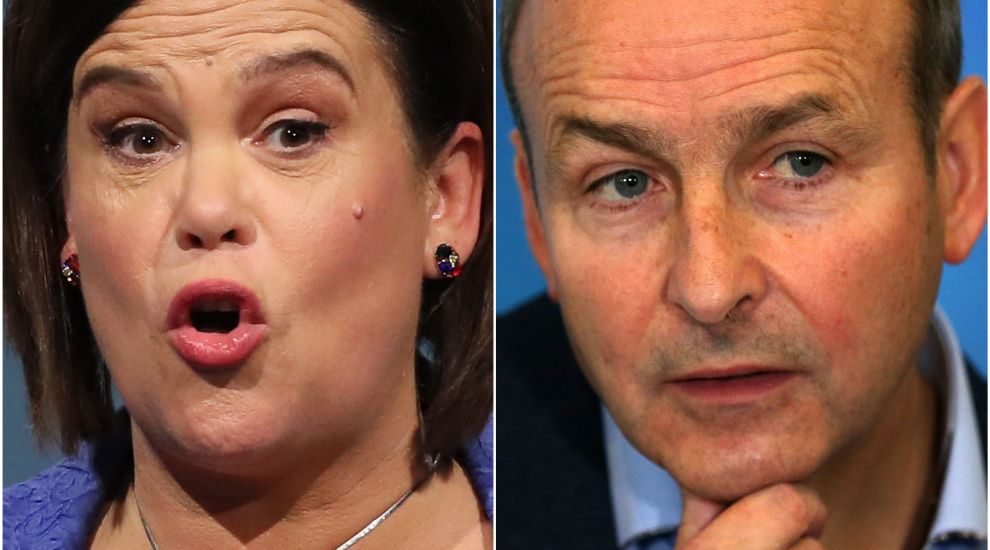 TV debates should be confined to the two main parties – Martin

The main TV election debates in Ireland should be limited to Fine Gael and Fianna Fail, Micheal Martin has insisted.

The Fianna Fail leader was responding to calls from Sinn Fein to be included in the televised showdowns on RTE and Virgin Media One.

Responding on a visit to Longford on Tuesday, Mr Martin said Fianna Fail and Fine Gael were the only two parties that could lead the next government.

“I don’t think we should be deciding these issues on opinion polls,” he said.

“And I think it is legitimate that there would be a head-to-head debate between myself and Leo Varadkar in terms of putting an option to the people in terms of the type of governments we would lead.”

Ms McDonald has characterised the decision to confine the debates to the two leaders as undemocratic.

Earlier in the week, she said: “Huge numbers of people will never vote for Fianna Fail and Fine Gael – they just won’t, they vote for other parties – and I think in the interest of a debate that is genuinely is a debate you have to include those voices.

“There is no difference between Fianna Fail and Fine Gael – Micheal Martin and Leo Varadkar differ on very, very little, and have been in government together in their confidence-and-supply arrangement for the past four years, so you’re asking the two arms of that government to debate with each other on the decisions they took together and the consequences people are living with.”