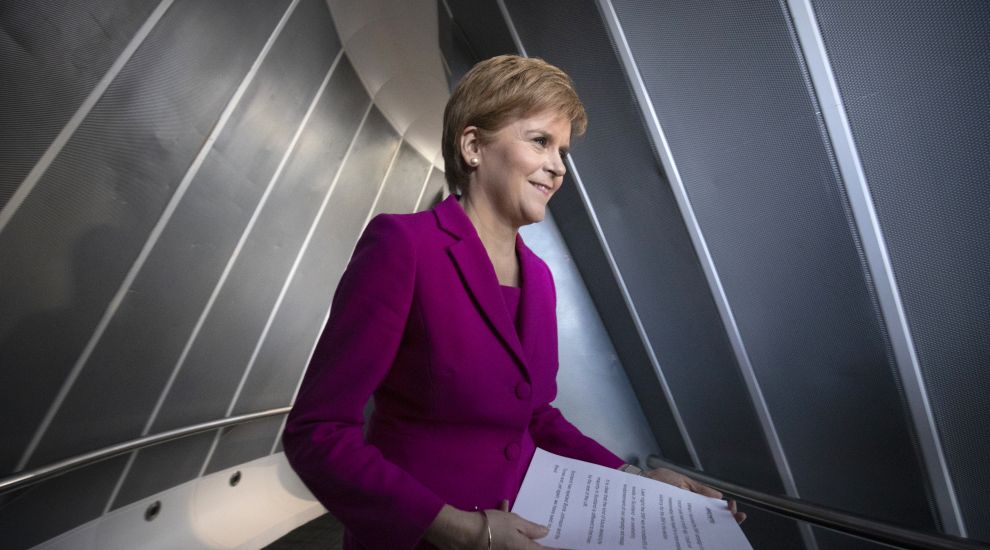 Nicola Sturgeon is to welcome the SNP’s new raft of MPs in Dundee following their “watershed” General Election win – and hours after discussing a second independence referendum with the Prime Minister.

The First Minister quickly confirmed she will formally request the powers for Holyrood to hold a ballot, after Friday’s results saw the party increase its tally of MPs to 48.

On Saturday Ms Sturgeon will be joined by her new Westminster contingent at the V&A in Dundee – mirroring previous occasions in front of the Forth Rail Bridge and Queensferry Crossing in 2015 and 2017 respectively.

Ahead of the gathering, the party leader spoke to Boris Johnson during a call in which he reiterated his opposition to indyref2, despite her saying it is now a “democratic right”.

A Downing Street spokesman said: “The Prime Minister spoke to First Minister of Scotland Nicola Sturgeon earlier this evening, where he reiterated his unwavering commitment to strengthening the union.

“On Brexit, the Prime Minister said that he is now in a position to get this done in a way that allows the whole of the UK to move forward together, providing certainty for Scottish businesses and improving the lives of people right across Scotland.

“The Prime Minister made clear how he remained opposed to a second independence referendum, standing with the majority of people in Scotland who do not want to return to division and uncertainty.

“He added how the result of the 2014 referendum was decisive and should be respected.”

A spokeswoman for the First Minister also said: “This was a constructive call in which the FM indicated she would be publishing a paper next week and the two leaders agreed to have a more detailed discussion in the near future over the issues raised by the election result.”

The Conservatives lost more than half the seats they had held north of the border, with six MPs now, in what Ms Sturgeon called a “crushing defeat in Scotland”.

Scottish Lib Dem leader Willie Rennie will be joined on Saturday in South Queensferry by Christine Jardine, Jamie Stone, Alistair Carmichael and Wendy Chamberlain, to gather for the first time since the vote.

Ms Chamberlain saw off the SNP’s Stephen Gethins, who previously had a majority of two votes, in the North East Fife constituency.

However, Jo Swinson lost out to Amy Callaghan by 149 votes in East Dunbartonshire, in what was seen as a major scalp for the SNP on Friday.

Elsewhere Labour was again left with just one MP in Scotland – Ian Murray in Edinburgh South.

Scottish Labour leader Richard Leonard lamented his party’s “devastating” result, putting the defeat down to constitutional issues rather than shifting blame on to Jeremy Corbyn.

Mr Murray appeared to point the finger at the party leader, who said he would not lead Labour in another general election, saying on Twitter: “This party must listen, this party must respond, or this party will die.”