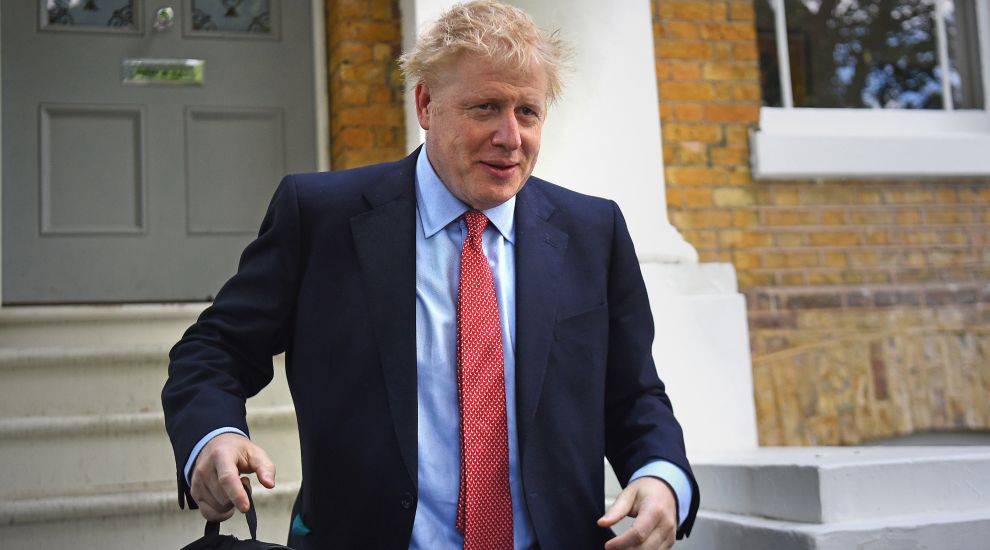 Police were called to the home of Boris Johnson and his partner Carrie Symonds after reports of a heated row, hours after he was named in the final two candidates in the Conservative leadership race.

The Guardian reported that officers were alerted early on Friday after neighbours said there had been a loud altercation involving screaming, shouting and banging.

The paper said Ms Symonds could be heard telling Mr Johnson to “get off me” and “get out of my flat”.

Scotland Yard said the caller, who was from south London, “was concerned for the welfare of a female neighbour”.

The neighbour knocked on the door but received no response, according to The Guardian.

The neighbour, who said they recorded the altercation from inside their home, told the newspaper: “I (was) hoping that someone would answer the door and say ‘We’re okay’. I knocked three times and no-one came to the door.”

It was also reported that the neighbour heard “a couple of very loud screams” and a “loud bang” which shook the house.

A neighbour, a 32-year-old nursery worker who would only give her name as Fatimah, told the Press Association: “Just after midnight I heard a lady shouting, but I couldn’t make out what she said, then I heard plates and glasses smashing and things being thrown around.

“I was watching something on the television and I had to mute it because I was quite concerned, it was coming through the walls.

“It lasted for just under 10 minutes, and a police car turned up first, and then a police van a few minutes later.”

She said she was unsure who called police, who were at the scene for about 10 minutes before leaving.

A neighbour, who did not want to be identified, told The Telegraph: “I heard the row, it was pretty loud. I was quite worried to be honest, it was bad.

“I heard a lot of smashing – it sounded like plates or glasses – and I could hear her shouting. It was definitely her; I didn’t hear him. There was a lot of shouting and swearing. It didn’t last that long, maybe five minutes.

“It was unusual because it’s very quiet around here. We don’t usually hear things like this.”

The Metropolitan Police said it responded to a call from a local resident at 12.24am on Friday.

A police spokesman said: “The caller was concerned for the welfare of a female neighbour.

“Police attended and spoke to all occupants of the address, who were all safe and well.

“There were no offences or concerns apparent to the officers and there was no cause for police action.”

Security minister Ben Wallace, who is a close ally of Mr Johnson, said in a tweet to a Sun journalist, which has since been deleted: “What a non story ‘couple have row.’ Lefty neighbours give recording to Guardian. Newspaper reaches new low is a better news story.”

In a second reply, responding to a Twitter user questioning his suggestion it was a “non story”, Mr Wallace referred to domestic abuse, saying: “Didn’t say DA was a non story. It is incredibly serious. But the report said ‘row’.”

Mr Johnson, who is the MP for Uxbridge and South Ruislip, announced last autumn that he and his wife Marina Wheeler were divorcing after 25 years of marriage.

The couple said the decision had been taken some months earlier.

The announcement of the split came after newspaper allegations about Mr Johnson having had another extra-marital affair.

Mr Johnson’s spokesman has not responded to repeated calls for comment.