No 10 suggests options for investigating Commons Speaker over bullying claims 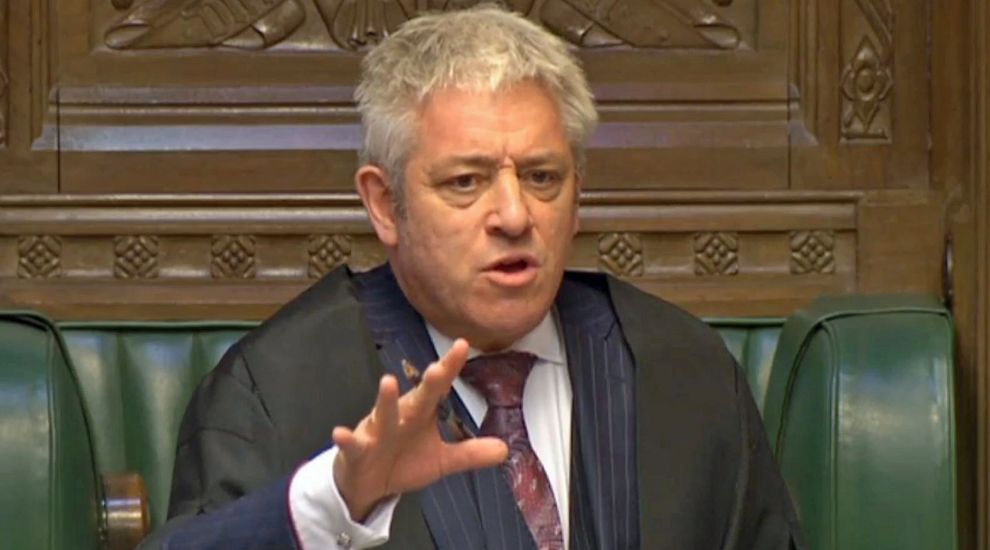 No 10 suggests options for investigating Commons Speaker over bullying claims

Theresa May believes the latest bullying allegations against Commons Speaker John Bercow should be “properly investigated”, No 10 has said.

Downing Street set out three ways the claims could be looked at but said it was for the House to decide how to proceed.

Mr Bercow is facing calls to quit following fresh bullying allegations from a former private secretary in his office, which the Speaker strenuously denies.

Angus Sinclair told BBC Two’s Newsnight that Mr Bercow undermined him by mimicking him, swearing and shouting, and once even smashed a mobile phone by throwing it on to the desk in front of him.

He said he was forced into early retirement, with an £86,250 pay-off, on condition he did not make any complaints.

The PM’s official spokesman said the latest claims are “concerning and should be properly investigated”.

The Speaker’s office issued a firm denial of the allegations.

No 10 said the accusations could be investigated as part of the independent judge-led inquiry into claims of bullying of staff in the Palace of Westminster, by the House authorities or by the Parliamentary Commissioner.

A spokesman said: “There are ways in which this could be done.

“The inquiry has obviously set out its terms of reference but we suggest this is something the chair may wish to consider there.

“Or, the House authorities, as the employer of parliamentary staff, could consider the best way for this investigation to be carried out.

“Also, the Parliamentary Commissioner is empowered to investigate allegations that a named member has breached the rules of conduct.”

The House of Commons said its Respect policy, which deals with bullying allegations, “does not cover allegations which have been made in the media” by a retired member of staff.

“Therefore, no investigation is planned,” a spokesman added.

It said Mr Sinclair was not required to sign a non-disclosure agreement but under its standard deal both sides agree to make no public statement about the departure from a role.

Commons leader Andrea Leadsom said it was for Dame Laura Cox, who is leading the independent inquiry, to consider whether the terms of her probe should be expanded “to allow for individual investigations to take place”, adding: “I’m sure she will be looking very carefully at how best to respond to these latest developments.”

Tory MP Andrew Bridgen, a long-standing critic of the Speaker, said Mr Bercow should “consider his position” and claimed there was an “atmosphere of fear and intimidation of staff at the House of Commons”.

His comments were dismissed as “total nonsense” by Labour MP Barry Sheerman, who described Mr Bercow as the “best reforming Speaker for 100 years” but said a “small group” of parliamentary officials “hated” his modernising efforts.

Mr Sinclair was private secretary to Mr Bercow’s predecessor, Michael Martin, and retained the position when the new Speaker took over in 2009.

He told Newsnight that Mr Bercow undermined him in front of other staff, shouted, swore and attempted to physically intimidate him.

The Speaker was prone to “over-the-top anger”, he claimed, adding: “I’m not sure he was completely in control of it. The arms would wave around.”

He said: “There was one afternoon I was working at my desk and he came in and was absolutely furious about something.

“There was a lot of bad language and suddenly his mobile phone, which he’d been holding, was flung on the desk in front of me and broke into a lot of bits.”

Following the 2010 general election, he said the Speaker told him he was no longer needed.

He said he was given “compulsory early retirement”, with an £86,250 pay-off dependent on him signing a non-disclosure agreement barring him from making complaints about his treatment in the House.

Newsnight has previously reported that his successor, Kate Emms, was allegedly bullied by the Speaker – a claim Mr Bercow denies.

Mr Sinclair said he felt that if he had not signed the non-disclosure agreement, but had instead put in a complaint, she might not have been put in that position.

“What I’d done was sign a cover up and, in a cynical way, I’d been paid to do it, and that’s not a good feeling,” he said.

A spokesman for the Speaker’s office said: “Mr Speaker strenuously denies that there is any substance to any of these allegations.

“Mr Speaker has a superb team of dedicated, effective and long-serving staff – five of whom have worked for him very happily for a combined total of over 40 years.”