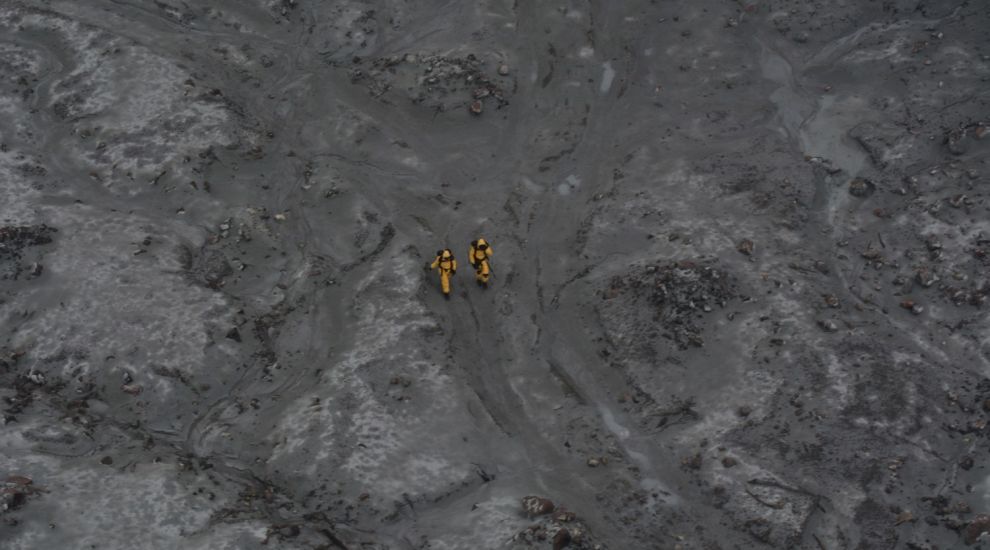 Waters around White Island are being scoured by navy and police divers for traces of a body previously seen in the area following Monday’s deadly volcano eruption in New Zealand.

Six bodies were taken off the volcano in a four-hour recovery mission on Friday, with two further bodies still to be recovered.

One of these has previously been seen in the water, but rescuers will not return to the island on Saturday.

Police said they would look at the next possible steps, adding: “Planning will allow us to return to the island to conduct further land-based searches for the remaining deceased, as the environment on and around the island allows.”

A team of eight from the New Zealand Defence Force started a retrieval operation from the island from first light on Friday, despite ongoing warnings of further activity from the volcano.

The team, wearing protective suits and using breathing apparatus owing to the threat of toxic gases, recovered six bodies which were then transferred via helicopter to a navy ship, the HMNZS Wellington, and taken to Auckland.

He added: “The victims and their families are our priority but we also have important obligations.

“We must work on behalf of the Coroner to ensure correct identification.

“It would be unforgivable to get the identification process wrong.”

At least 16 people are thought to have died, while 15 people are being treated in burns units in New Zealand, of whom 11 are in a critical condition.

The condition of two British women, who were among those admitted to hospital, is not known.

Counties-Manukau Health chief medical officer Dr Peter Watson told Radio New Zealand: “A number of the people will be stable enough to transfer back to their countries of origin as their clinical situation improves, so we’ll be able to do that not immediately but in the coming weeks.

“For some of them, that’s a long journey back to the UK or Europe so they will have to get significantly better before they can be moved.”