Miami to relocate pack of peacocks after residents cry fowl 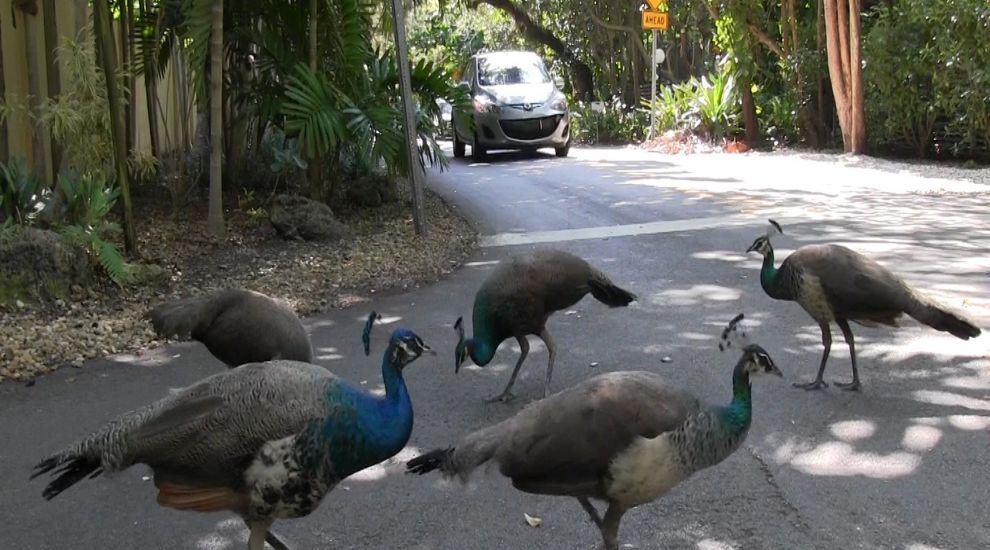 Miami to relocate pack of peacocks after residents cry fowl

A pack of peacocks that has wreaked havoc on a Miami neighbourhood will be relocated after city commissioners voted to side with residents and agreed to have the birds taken away.

It was a big win for many residents who have complained that the birds have taken control of a Coconut Grove neighbourhood, mating into the night, pooing in large piles and scratching cars as they travel in packs of 20 to 40 or more, the Miami Herald reported.

Commissioners unanimously agreed to amend the city’s charter to allow for trapping and removal of excess peacocks. The proposal was introduced by Commissioner Ken Russell in October. It seeks to lessen the peacock population by using a humane management plan implemented by Rancho Palos Verdes, California.

The commission did not specify how many peacocks would be relocated to another location, or when it would happen.

The plan in Rancho Palos Verdes has helped residents and birds coexist much better now that excess peacocks are trapped and relocated to refuges where they can squawk, scream and mate all night if they wish, the newspaper reported.

Not everyone in North Grove agrees that the birds need to be removed. Some residents said they enjoy their colourful plumage and the neighbourhood oddity. But many feel the peacocks are dangerous and diminish the quality of life in the neighbourhood, the Herald reported.

There are about 60 to 80 peacocks in an area of 190 homes in the Bay Heights area of the Grove, said Nancy Benovaich, president of the neighbourhood association. And they have spread into other areas of Miami. She has been working on a solution for years.

“I got to the point where I recorded the squawking and the screaming and I put it on someone’s answering service,” Benovaich said. “And they said ‘my god, I can’t believe this.’ And I said imagine it at 4 o’clock in the morning.”

“Can you imagine that?” she asked the commission. “We need some help.”