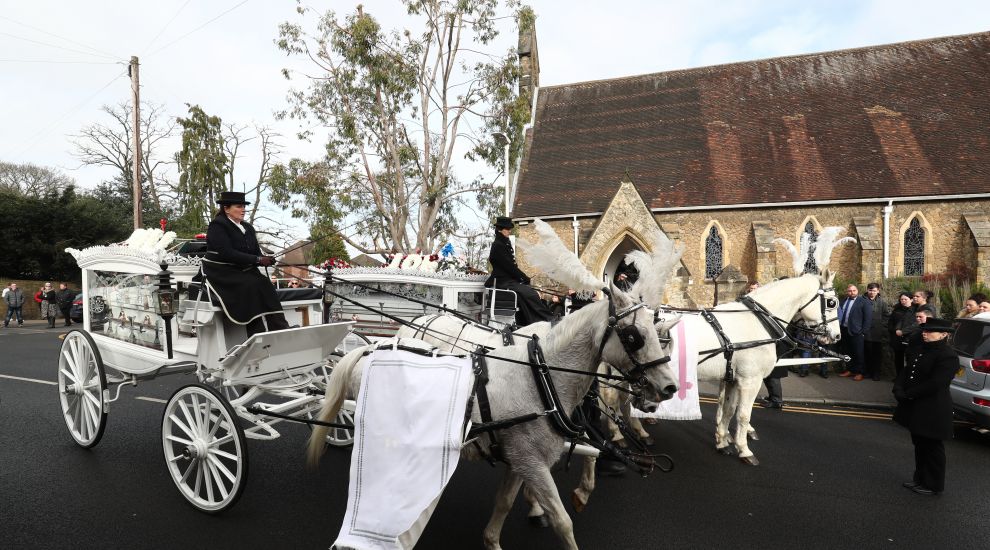 Hundreds of mourners have gathered to say goodbye to twin brothers who starred in My Big Fat Gypsy Wedding.

Billy and Joe Smith, who appeared on the Channel 4 TV show in 2014, were found dead in a country lane just days after Christmas.

Their coffins were taken along Sevenoaks High Street in horse-drawn carriages while friends and family stood in silent tribute.

Starting at their grandmother’s house in the Kent town, the funeral cortege made its way through the town centre in a quiet procession.

It follows a huge outpouring of grief when the two tree surgeons’ bodies were found next to each other on December 28 – about two weeks after they celebrated their 32nd birthdays.

The tragic discovery came after a relative found a suicide note, a coroner was told.

On Friday morning, a woman in red was seen placing her hand on one of the white carriages and kissing the glass.

A heart-shaped floral tribute followed behind the carriages.

After a journey of nearly two miles, the procession arrived at St John the Baptist Church for the service.

Paddy Doherty, one of the reality show’s biggest names and winner of Celebrity Big Brother, said in a video tribute that the deaths of the “two good-looking boys” were a “terrible tragedy”.

Other tributes on the memorial page said it was “just heartbreaking two beautiful young souls gone too soon” and wished the pair would “both rest in gods home in heaven in eternal peace”.