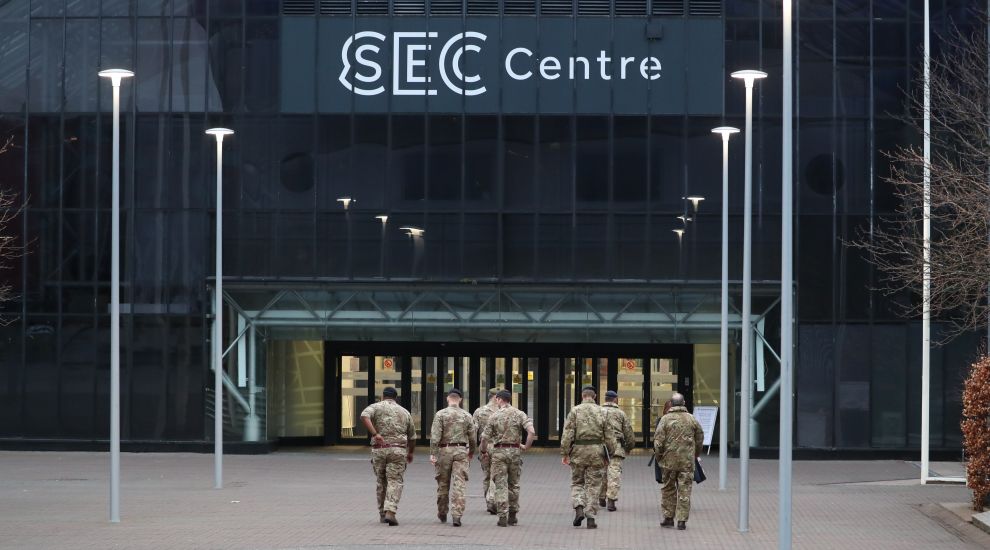 The SEC in Glasgow has been earmarked as a potential site for a temporary hospital to provide extra capacity during the coronavirus outbreak.

Military figures were seen at the event campus on Thursday as the Army confirmed the area is a possible location for an NHS field hospital.

An Army spokesman said: “We were on site to advise NHS Scotland and the Scottish Government on the potential for a NHS Scotland facility at the SEC.”

In a tweet, the Army said the Royal Engineers have been advising on a temporary NHS facility in Glasgow.

It said Army personnel are assisting the Scottish Government “planning, logistics, liaison and advisory tasks supporting the fight against Covid-19”.

Earlier Scotland’s chief medical officer, Dr Catherine Calderwood, said several sites were being considered across the country as Scotland is “on the cusp of that rapid escalation” in Covid-19 cases.

The confirmation comes as the owners of a former factory in Inverclyde are offering it for use as an NHS field hospital.

Elsewhere, the military is assisting with the set up of a temporary NHS hospital at the ExCeL Centre in London able to treat up to 4,000 patients.