Campaign highlights: Flaky advice for Johnson as Trump rows back on NHS talks 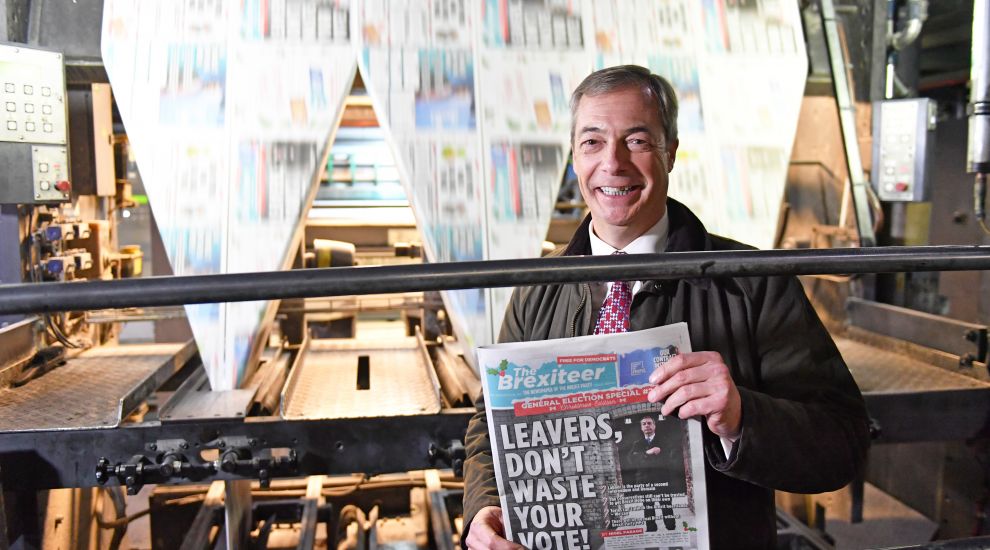 Campaign highlights: Flaky advice for Johnson as Trump rows back on NHS talks

With just nine days of General Election campaigning to go, the Prime Minister was given the brush off during a visit to Salisbury when an Army veteran pointed out he had dandruff.

Back in London at the start of the Nato summit, Donald Trump insisted he would stay out of the campaign – but went on to describe Mr Johnson as “very capable” and said he had no idea “where that rumour started” when asked about the NHS being a key part of post-Brexit trade talks.

Nigel Farage was in South Yorkshire where he saw a special edition of The Brexiteer hot off the presses at a printing company, while Jo Swinson visited an arable farm near Chelmsford to discuss the impact of Brexit and a Trump trade deal.

Here are the highlights from Tuesday’s campaign trail:

Donald Trump responded to claims that the health service could be used as a bargaining chip in post-Brexit trade talks.

The US president, speaking in London at the start of the Nato summit, claimed he would “stay out” of the General Election campaign because he does not want to “complicate it”.

But he described Boris Johnson as “very capable” and said he would meet the Prime Minister during his visit to the UK.

The Prime Minister was given tips on looking smart while visiting veterans on the campaign trail.

After chatting with Paul O’Rourke through the window of his room at a veterans’ campus in Wiltshire, the PM started to walk away, only to be told: “You’ve got dandruff”.

Mr Johnson laughed off the comment as he brushed his jacket, replying: “I’ve got to watch out for that, thank you.”

Mr O’Rourke, who served in the Royal Irish Rangers, said afterwards: “Someone had to say something.”

The Labour leader said he was “very sorry” for “everything that has happened” in his party regarding anti-Semitism after mounting criticism for his failure to personally apologise.

Mr Corbyn came under fire after he refused four times to say sorry during an interview with the BBC’s Andrew Neil last week.

Repeatedly asked to apologise to the Jewish community for anti-Semitism by party members, he told ITV’s This Morning on Tuesday: “Our party and me do not accept anti-Semitism in any form… obviously I’m very sorry for everything that has happened.

“But I want to make this very clear: I am dealing with it, I have dealt with it, other parties are also affected by anti-Semitism.”

Channel 4 has been cleared over its use of an ice sculpture to stand in for Mr Johnson during a debate on climate change, regulator Ofcom said.

The watchdog’s Election Committee said the prop “was not a representation of the Prime Minister personally”, and that “little editorial focus was given to it, either visually or in references made by the presenter or debate participants”.

The Conservatives complained that the broadcaster failed to allow former environment secretary Michael Gove to be its representative for the debate, which saw party leaders face questions over how they would tackle climate change. But the regulator rejected the complaint.

Mr Johnson must use talks with Mr Trump this week to protect British farmers and consumers in any post-Brexit trade deal with the US, the Liberal Democrats said.

Party leader Jo Swinson called on the Prime Minister to make sure discussions on the sidelines of the Nato summit in London make clear the UK will maintain its food standards.

Ms Swinson claims that leaked documents from UK-US trade talks show American officials are pushing for Britain to allow greater use of chemicals in food production. This would include chlorine-washing chicken and growth hormones in beef cattle, according to the Lib Dems.

Photo of the day

Video of the day