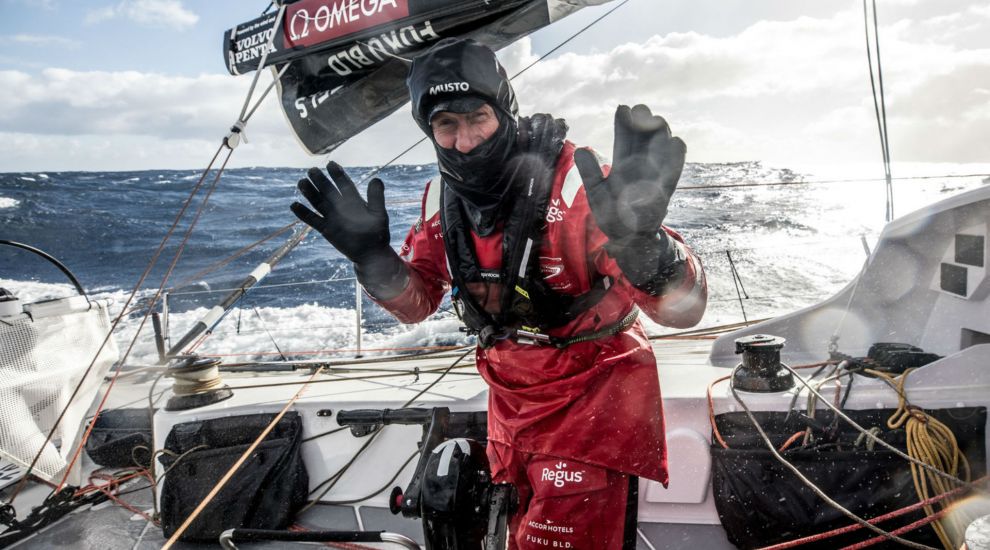 A British-born sailor presumed lost at sea was not wearing a safety tether when he was knocked overboard during a yacht race, it has been revealed.

John Fisher, who lived in Adelaide, Australia, plunged into the Southern Ocean, around 1,400 miles west of Cape Horn, during the Volvo Ocean Race on Monday.

Officials of the round-the-world race say the team searched for several hours in high wind and big waves, although deteriorating conditions forced the crew to resume course toward South America.

Fellow crew from Team Sun Hung Kai/Scallywag said Mr Fisher had unclipped his tether to tidy up a sheet when the boat was caught in an accidental crash gybe – where the mainsail and its supporting boom swing across to the opposite side of the vessel.

According to a timeline of events released by the team, Mr Fisher was hit by the mainsheet system and knocked overboard. The crew believe he was already unconscious from the blow before hitting the water.

The 47-year-old, who was an experienced big boat sailor and was sailing in his first Volvo Ocean Race, was wearing a survival suit with a wetsuit hood and gloves and a lifejacket at the time.

Team manager Tim Newton described it as “the worst situation you can imagine happening to your team”.

He added: “We are absolutely heart-broken for John’s family and friends. I know for David (Witt, the boat’s skipper), he has lost his best friend. It’s devastating.”

Following the incident, it took some time to get the boat under control and sail back to a position near where Mr Fisher had been thrown overboard.

A search and rescue operation was carried out for several hours, but there was no sign of the sailor, and the decision was made to abandon the search as weather conditions deteriorated.

The crew are now making their way back to shore.

“This situation isn’t over yet for our team,” said Mr Newton. “The conditions are extremely challenging, with strong winds and a forecast for a building sea state over the next couple of days.

“Our sole focus, with the assistance of Race Control in Alicante is to get the team into port safely.

“Once we have achieved that, we have time to de-brief more fully and ensure that any lessons that can be learned from what happened to John are incorporated by the rest of the fleet going forward.

“That would be a tremendous legacy for John, who spent so much of his time passing the learnings from his lifetime of experience at sea onto the younger sailors on our team.”

Earlier in the race, Scallywag crewman Alex Gough was swept overboard during a sail change and was rescued within seven minutes.

Mr Gough was not wearing a safety harness or life jacket, and skipper David Witt said at the time that he was lucky to be alive.

In May 2006, Dutch sailor Hans Horrevoets was swept overboard in the Atlantic Ocean. The crew turned back and found Mr Horrevoets but could not revive him.

This edition of the race had already been tarnished by a collision involving Vestas 11th Hour Racing and a fishing boat that killed a fisherman in January.

The collision off Hong Kong sank the fishing boat and caused severe damage to the racing yacht, forcing it to miss the next two legs.