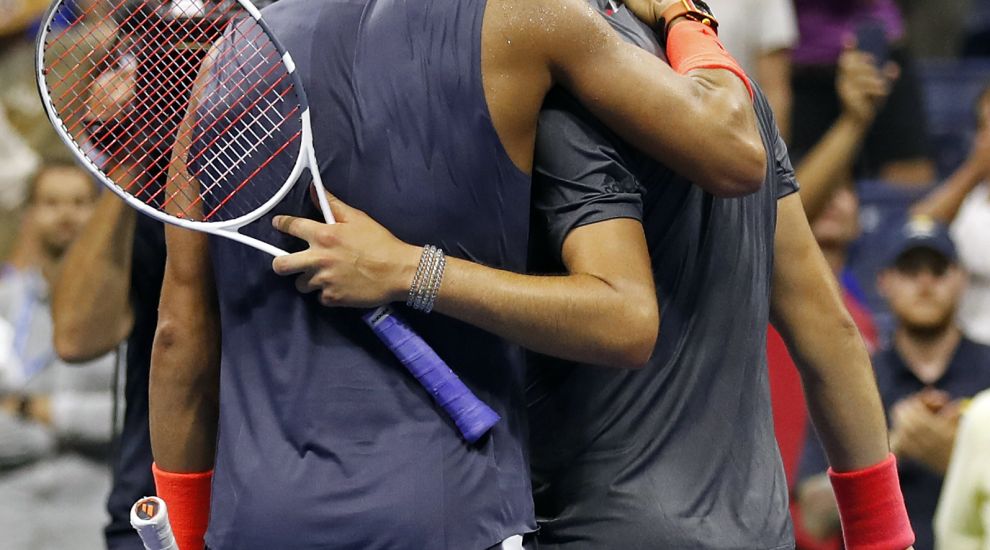 The defending champion needed nearly five hours to defeat ninth seed Dominic Thiem in a deciding tie-break after losing the opening set 6-0 and will face Juan Martin del Potro on Friday in a rematch of last year’s semi-final.

Serena Williams remained on course for a 24th grand slam singles title by beating Karolina Pliskova. In the last four she will play Anastasija Sevastova, who knocked out reigning champion Sloane Stephens.

Picture of the day

Stat of the day

By virtue of losing the opening set against John Isner, Del Potro ensured the US Open will remain the only grand slam in the Open era where no man has won the singles title without dropping a set.

Isner did not end the tournament empty-handed despite his loss to Del Potro. The giant American was presented with the US Open sportsmanship award following the quarter-final to recognise his conduct during the tournament and the warm-up events.

He said: “I’m very appreciative of that. I didn’t expect to receive a trophy after losing in the quarter-finals. This sport is tough, so it’s so easy to get very frustrated out there on the court when things aren’t going your way. I guess to keep your cool and be a good sport is very important.”

John Millman will look to follow up his stunning win over Federer by knocking out Novak Djokovic when the pair meet in the night session.

Marin Cilic and Kei Nishikori face each other in a rematch of the 2014 final while, in the remaining women’s quarter-finals, Madison Keys takes on Carla Suarez Navarro and Naomi Osaka meets Lesia Tsurenko.

Jamie Murray will hope to continue flying the British flag on two fronts as he plays in the quarter-finals of the men’s doubles with Bruno Soares and the semi-finals of the mixed with Bethanie Mattek-Sands.